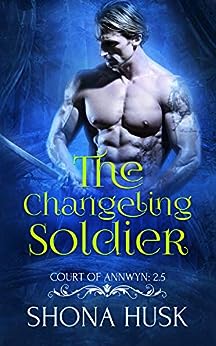 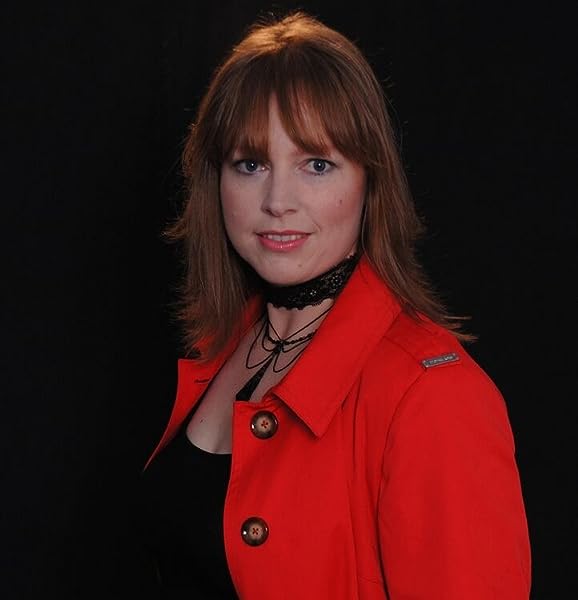 "As expected Ms. Husk tells a unique and compelling story making us fall in love with the characters and cheer for them to triumph." -Tea and Book

"Obsession, betrayal, and desire rule in the Court of Annwyn." - Fresh Fiction

Annwyn series:
#1 The Outcast Prince
#2 Lord of the Hunt
#3 The Changeling Soldier
#4 To Love a King
#4.5 The Tenth Life of Vicki Torres
#5 The Darkling Lord
#6 Singer of Death
#7 Taming the Assassin

Three time ARRA finalist Shona Husk lives in Western Australia at the edge of the Indian Ocean. Blessed with a lively imagination she spent most of her childhood making up stories. As an adult she discovered romance novels and hasn't looked back. Drawing on history and myth, she writes about heroes who are armed and dangerous but have a heart of gold-sometimes literally. With stories ranging from sensual to scorching, she writes paranormal, fantasy and sci-fi romance. You can find out more at www.ShonaHusk.com www.twitter.com/ShonaHusk www.facebook.com/shonahusk Newsletter: http: //eepurl.com/lySiD --This text refers to an out of print or unavailable edition of this title.
Read more

3.4 out of 5 stars
3.4 out of 5
14 global ratings
How are ratings calculated?
To calculate the overall star rating and percentage breakdown by star, we don’t use a simple average. Instead, our system considers things like how recent a review is and if the reviewer bought the item on Amazon. It also analyzes reviews to verify trustworthiness.
Top reviews

ktscoup
2.0 out of 5 stars Romance???
Reviewed in the United States on June 13, 2015
Verified Purchase
Ok I guess technically this is a romance novella, boy and girl meet, at the end say I love you. They meet through greedy sister and need to get away from her. Heroine is a fairy, and he is a changeling who can see parts of his future and she has been in these visions. Greedy sister who wants to be a famous actress arranges to capture her and make a deal. The heroine explains to the brother, the hero, that deals never end well for the mortals. The sister refuses to listen and agrees to having her brothers soul taken by the fairy to make the deal. They get away from the sister. Hop right into bed, go to fairy land where civil war is brewing and they have to choose a side. She takes his soul because he can't stay in fairy land with it and the story ends with an epilogue. He has a respected position in the court that wins the war. And they find out the sister had been charged with murder of the heroine and put in an insane asylum. Nothing about how they fall in love besides the attraction they felt when they met and his visions. Book just ends with no explanation of why they fall in love. I'm sorry I couldn't give this story a better rating I normally love fairy stories.
Read more
Helpful
Report abuse

melindeeloo
3.0 out of 5 stars 3.5 stars - A 'happily for now' would have worked better than the jump to a 'happy ever after'
Reviewed in the United States on June 11, 2014
Verified Purchase
Changing Soldier a little novella that falls before the final Court after Anwyn book, To Love a King, has a decent setup, and the characters are very promising - but it has no middle. Just as the story really gets going, we jump to the future and the HEA, and in romance it is all about the journey not just the destination. Having said that, this is going to sound strange but I'd have been happier without the epilogue. Since the hero has visions of the future, we know how things work out for them, so just leaving us with that promise would have worked better for me - although it would have probably been more satisfying if we'd have seen at least one more vision of the pair in the future and falling in love.

I actually really like Husk's stories - and that includes her short stories - so even though Changling Soldier was a miss for me I am really looking forward to the next book.

BooksBooksBooks
5.0 out of 5 stars Wonderful
Reviewed in the United States on July 23, 2015
Verified Purchase
I loved these characters and this story and I'm getting really into this series. It's so unique. They're beautiful love stories.
Read more
Helpful
Report abuse

The Blogger Girls
4.0 out of 5 stars 4.5 stars - A great novella! Even as a standalone!
Reviewed in the United States on September 5, 2014
First things first. I want to make it clear that I haven’t read anything by Shona Husk before, which means I haven’t read this series before. While this book is technically numbered at 2.5 in the Court of Annwyn series, it can be read as a standalone. At least, as far as I’m concerned, I didn’t feel like I was lost or missing anything when I started the book.

With that said, this story focuses on Ella and her need to return home. While she misses Annwyn, she doesn’t want to go back just yet. Unfortunately, with winter approaching, it means that the king is dying and if she stays in the mortal realm much longer, she might die too. She promises herself one more job before she returns to Annwyn and as a fashion designer, that shouldn’t take too long. Isaac is the sister of the starlight she’s designing a dress for and their meeting reveals unexpected surprises in more ways than one. Sadly, Isaac’s sister is obsessed with being famous and knowing Ella’s a fairy, she’ll stop at nothing to get what she wants.

I was pleasantly surprised by this story. I started it expecting to be a little confused on what was going on but the author does a good job of making it easy to follow. I have no idea if the story is connected at all with the other books in the series but either way, the writing had a nice gentle feel to it that made me want to continue reading. Ella is not the typical fairy in that she’s been around mortals so much she’s grown a little soft. She doesn’t take pleasure in taking advantage of naive or ignorant mortals but she’s hardly a delicate flower either. Isaac is an ex-soldier who’s always felt like he didn’t belong. I loved that he trusted his visions so much and that he let them guide him in the right direction. It was interesting to see how those visions led the way to Isaac and Ella’s future.

The conflict in the story revolves around trying to release Ella from Isaac’s sister, Melody’s, clutches. Ella unknowingly steps into a trap with Melody and almost pays dearly for it by being captured and held hostage until Ella grants Melody a deal to make her famous. In the meantime, Isaac is just as trapped and unable to help Ella like he wants to. I would consider this a more slow burn romance in that, while the connection between Ella and Isaac doesn’t take off until just about the end, there’s still the sexual tension between them that starts as soon as they meet and I loved that about them.

I absolutely adored this book but I really wished we had gotten more of a glimpse into Ella and Isaac’s welcoming in Annwyn. I was a little saddened that the transition between the last chapter and the epilogue skipped over what must have been months so there wasn’t even a hint at experiencing Isaac and Ella getting into the flow of things. I think it would have been awesome to experience everything new happening in Annwyn.

Still, I really enjoyed this one. While the story is short, I still felt like I got to know the characters pretty well. The premise deals heavily with Ella knowing she must return to Annwyn or risk dying in the mortal realm and her trying to get through one last hurdle to make it back with Isaac trying to help her. I loved that this one dabbled with holding a fairy hostage to get a ‘wish’. This was my first book by Shona Husk (I know, I came to the party late!) but it won’t be my last because now I have the urge to go back and read this series from the beginning! If you’re looking for something quick to read with an intriguing world filled with fairies, then give this one a try!
Read more
Helpful
Report abuse
See all reviews
Back to top
Get to Know Us
Make Money with Us
Amazon Payment Products
Let Us Help You
EnglishChoose a language for shopping. United StatesChoose a country/region for shopping.
© 1996-2021, Amazon.com, Inc. or its affiliates