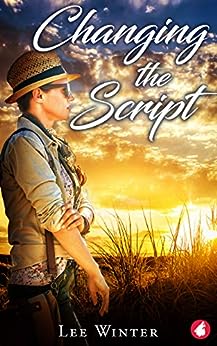 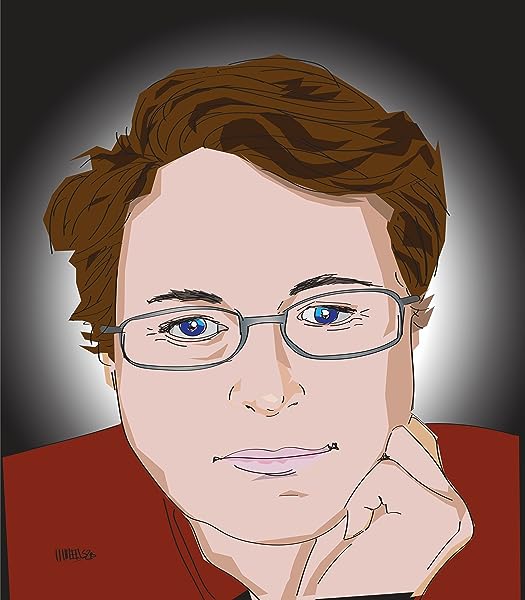 4.5 out of 5 stars
4.5 out of 5
135 global ratings
How are ratings calculated?
To calculate the overall star rating and percentage breakdown by star, we don’t use a simple average. Instead, our system considers things like how recent a review is and if the reviewer bought the item on Amazon. It also analyzes reviews to verify trustworthiness.
Top reviews

dy frame
5.0 out of 5 stars Lee writes a winner.......again
Reviewed in the United States on December 18, 2019
Verified Purchase
If you are reviewing this book then you know what it is about and the setting is in New Zealand, its a great yarn but for me it was much more. I loved an Hawaiian/Chinese woman, her land very much like NZ, the traditions, plant life, critters, the family bonds, community closeness and the crazy characters you tend to find in such places. But never would I of expected to see the word wahine (woman) written in a lesfic book nor share so many similarities of culture in music n song. I would dearly of loved to have seen the graphics described and the music played in a little promo video, all that gave me goose bumps for the sheer beauty it evoked in me, remembering with much fondness the wahine that shared her life with me. Fabulous read, look forward to the audio :)
Read more
One person found this helpful
Helpful
Report abuse

Jennifer McWhorter
5.0 out of 5 stars Excellent, as always
Reviewed in the United States on December 11, 2019
Verified Purchase
Another fantastic book by Lee Winter. I can’t recommend this book (or really any of her books) highly enough. The writing is superb and the characters are all people that you want to know and to know more about. Although it is a stand alone book, it follows characters from Breaking Character (which is one of my favorite books). If you’ve read Breaking Character you will be quite happy to catch up with everyone and if you haven’t read it yet...you will want to read it immediately. I’m not going to do a plot summary because I know I can’t do it justice, but just buy the book. Don’t hesitate or give it a second thought, just immediately click buy. Then do yourself a favor and buy all of her books that you haven’t read yet, you’ll thank me later.
Read more
One person found this helpful
Helpful
Report abuse

Kindle Customer
5.0 out of 5 stars A true read
Reviewed in the United States on April 17, 2021
Verified Purchase
What I liked the most was the portrayal of the scene, or should I say, narration. It made the scenes easier to picture. The pace was just perfect and some good action was also there.

I love how the other books connect to this book. It makes it feel like a cinematic universe. MCs that know other MCs... The perfect combination. The friendship between Alex and Bess... a total win there.
Read more
Helpful
Report abuse

Amanda
4.0 out of 5 stars Thoroughly enjoyable
Reviewed in the United States on May 24, 2020
Verified Purchase
Lee Winter is an extraordinary writer and this book, like all of her books, doesn't disappoint. I loved the small town feeling, the fun characters, and the sense of camaraderie and family... it gave the story heart, warmth, and depth. A thoroughly enjoyable read.
Read more
One person found this helpful
Helpful
Report abuse

R
5.0 out of 5 stars very entertaining read
Reviewed in the United States on December 10, 2019
Verified Purchase
What did I like about this book? Everything. It was so much fun to read. I really liked how it made references to another of her books,"Breaking Character". In fact, I had to re-read that one. This author writes an exciting story with great characters and plots that surprise while still getting the HEA.
Read more
One person found this helpful
Helpful
Report abuse

Kindle Customer
5.0 out of 5 stars A trip down under
Reviewed in the United States on January 13, 2020
Verified Purchase
This was a fun story with a bit of who-done-it mixed in. Lots of sweet surprises, too. My personal favorite part, though, was all the Kiwi and Maori references and the description of the natural beauty of New Zealand. The treatment was respectful and I appreciated that.
Read more
One person found this helpful
Helpful
Report abuse

Kindle Customer
5.0 out of 5 stars Captivating
Reviewed in the United States on January 16, 2020
Verified Purchase
This story pulls you in with its dynamic characters and unexpected plot turn. Lee Winter is a great storyteller. All her books are worth a read. This one is no exception. I recommend it to anyone who loves a good solid romance.
Read more
One person found this helpful
Helpful
Report abuse

Sarah U.
5.0 out of 5 stars Beautiful!
Reviewed in the United States on January 2, 2021
Verified Purchase
I'm a big fan of Lee Winter's books. After reading and loving "Breaking character", I decided to also buy the spin-off "Changing the script". It certainly didn't disappoint. It was a really beautiful and entertaining story with twists and a good portion of humor.
I loved the references to the previous book and being able to catch up with Bess and Summer, etc.
Read more
Helpful
Report abuse
See all reviews

The Reading Room
5.0 out of 5 stars Great blend of action, romance and comedy.
Reviewed in the United Kingdom on January 5, 2020
Verified Purchase
Packed with thrills, spills, and laughs, ‘Changing the Script’ is an entertaining easy-read – 5 Stars

When Alex Levitin takes over as director of what is widely predicted to be the worst film in the world, she’s determined that the movie won’t damage her otherwise excellent reputation. However, with its cringe-worthy title of “Shezan: Mistress of the Forest”, rain-sodden location, and several incidences of sabotage, Alex soon finds herself the centre of Senior Constable Sam Keegan’s attention, and that’s a distraction she really doesn’t need…

Although Alex appears in ‘Breaking Character’, there’s no need to of read that in order to enjoy ‘Changing the Script’. I’ve read both, and actually prefer this action-packed spin-off with its mix of sappy romance and sharp humour. Like ‘Breaking Character, it follows a comedy of errors theme, but this, thanks to several absurdly comic scenes, is much funnier. Even the initial meetings between Alex and Sam often provide a source of laughs, but as their relationship develops, the romantic element to the story comes more into focus and the latter part of the story holds several sweetly emotional scenes.

Mr J R D Lash
5.0 out of 5 stars Well paced, great characters and a lovely setting
Reviewed in the United Kingdom on November 23, 2020
Verified Purchase
Lee Winters has a gift for settings - her grasp of subtle dialects, characters and tine suffuse this romance story with depth after only a few pages.

Alex Levitin (who was a supporting character in Changing the Script) gets her own spin off here; one as worthy as CTS. Its lovely to see the characters from that book in the background, reassuring us all that theyre doing well and happy.

But the thrust of the novel is Alex and Sams slow burn romance - a police officer slowly letting her guard down and Alex slowly realising she has a chance.

The story is well paced, the mystery is fun and the angst doesnt overstay its welcome. Brilliant stuff and worth every penny!!
Read more
Report abuse

Amazon Customer
5.0 out of 5 stars Choice, eh!
Reviewed in Australia on December 4, 2019
Verified Purchase
As a native NZer living in Australia, I can honestly say this book made me homesick. It portrayed the way rural communities are in NZ almost exactly as I remember it when growing up.

Add in a wonderful romance and plenty of hilarity and it makes a wonderful, entertaining read.
Read more
One person found this helpful
Report abuse

Kindle Customer
4.0 out of 5 stars A fun novel
Reviewed in Australia on February 19, 2020
Verified Purchase
I liked this book overall. Fun, interesting, and with a little twist of mystery. Some parts were a little too cliché hence the 4 out of 5 rating, and the sex scenes carried on a bit for my tastes, but overall a very sweet book about different kinds of love, adventure and trying your best to make the most of a less than ideal situation. The theme of community and trust was particularly strong, and I would recommend this to any young lesbian over the age of 18 who likes a love story with a few twists.
Read more
Report abuse