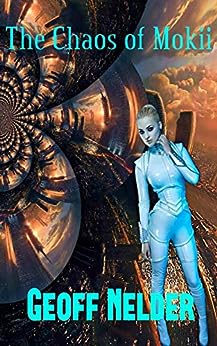 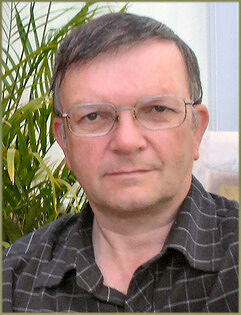 The Chaos of Mokii: an experimental science fiction Kindle Edition

by Geoff Nelder (Author) Format: Kindle Edition
See all formats and editions
Sorry, there was a problem loading this page. Try again.
The city of Mokii exists only in the combined imaginations of its inhabitants. A metaphysical experiment with surprising results. Science fiction but not as you know it. A literary short story.
Read more
Previous page
Next page

Geoff Nelder has one wife, two grown-up kids, and lives in rural England within easy cycle ride of the Welsh mountains.

One award-winning science fiction, Exit, Pursued by a Bee in 2008

Another thriller, Hot Air, is published in 2009 after receiving an award from an Arts Academy in the Netherlands.

A science fiction trilogy, ARIA - starting with Left Luggage with an original premise is published in 2012 by LL-Publications.

Xaghra's Revenge, a historical fantasy set in the Maltese islands was published by Solstice Publishing in 2017

Having had around 90 short stories published, Geoff was chosen to be the short fiction judge for the Whittaker Prize, 2009.

He is the judge of the FicFun story competition 2018

Geoff was a co-editor of science fiction magazine, Escape Velocity, and is a freelance editor.