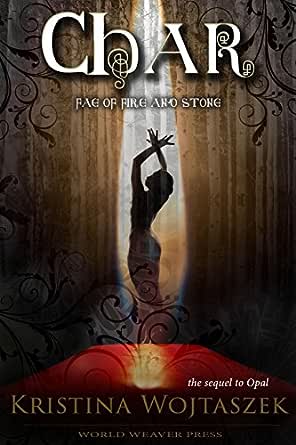 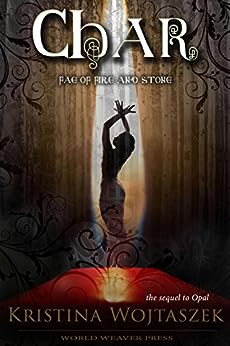 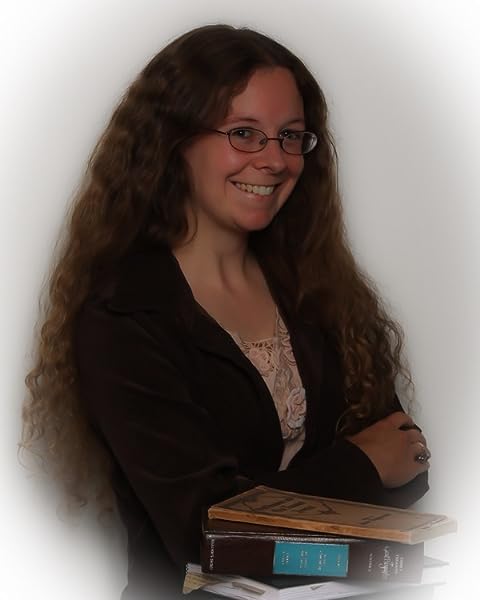 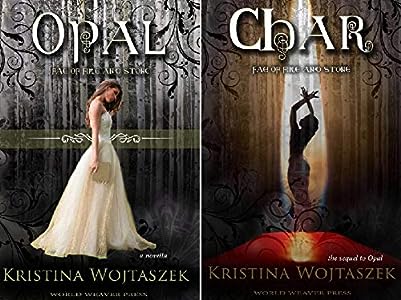 Kristina Wojtaszek grew up as a woodland sprite and mermaid, playing around the shores of Lake Michigan. At any given time she could be found with live snakes tangled in her hair and worn out shoes filled with sand. She earned a bachelor’s degree in Wildlife Management as an excuse to spend her days lost in the woods with a book in hand. Now a mother of two little tricksters and their menagerie of small beasts, she continues to conjure bits of fantasy during the rare spell of silence. Her fairy tales, ghost stories, poems and YA fiction have been published by World Weaver Press, Far Off Places and Sucker Literary Magazine. Follow her @KristinaWojtasz or on her blog, Twice Upon a Time. --This text refers to the paperback edition.

3.7 out of 5 stars
3.7 out of 5
6 global ratings
How are ratings calculated?
To calculate the overall star rating and percentage breakdown by star, we don’t use a simple average. Instead, our system considers things like how recent a review is and if the reviewer bought the item on Amazon. It also analyzes reviews to verify trustworthiness.
Top reviews

Rae
4.0 out of 5 stars A dark and beautiful fairy tale
Reviewed in the United States on May 26, 2016
A young girl grows up being mentored about her powers and—most importantly—about the mysterious task that will be set before her when she’s older, a task that will hopefully have a hand in saving the Fae from their brutal human counterparts. Yet when she steps through the door and wakes up in the past, Luna realizes that much of her future may have already been written. And that her mistakes could cost her friends and people everything.

CHAR is a fairy tale, but not one like I’ve read before. Extremely loosely based in the classic tale of Hansel and Gretal, most of the story is something completely new, weaving together a tale of love and loss, magic and survival. Wojtaszek’s narrative comes alive in elaborate and poetic prose and paints a tale that’s sometimes painful to read as the reader gets sucked into the maze that is Luna’s life and destiny, and the cost of what daring to step off that path might be.

A dark yet beautiful tale, CHAR is worth reading for anyone who loves a fairy tale filled with shadows and drenched in rich an imaginative history of magical beings.
Read more
Helpful
Comment Report abuse

Jackie
5.0 out of 5 stars Excellent Fantasy
Reviewed in the United States on April 28, 2016
*I won this book in a Goodreads Giveaway in exchange for my honest opinion*

This book was so, so good. The prose was beautiful. The characters were all excellent, as well. The plot was engaging. The magic was enchanting! This book was a standalone, so although I've never read the first book, I understood what was happening. There appear to be references to the first book in the series, and I know at least one character returns in this book. So if you have read the first book, this book will probably have more meaning to you. But if you haven't, you could still read and deeply enjoy this book as I have done.
Read more
Helpful
Comment Report abuse

Montzalee W
5.0 out of 5 stars An excellent fantasy that is so intriguing and captivating, I loved it!
Reviewed in the United States on August 30, 2016
Char (Fae of Fire and Stone #2) by Kristina Wojtaszek is the second book in the series but can be read as a stand alone. It is about Fae, witches, romance, curses, and power. It is a story of love and of evil. It has so much in it, I don't want to spoil it for anyone, the story weaves so much into the main story of a powerful Fae, Luna. It is about her life and why she ends up being called Char Witch. It has twisted fairy tales in the story with hers and it blends smoothly. It is a great fantasy tale that keeps you hooked. Wonderful book! I won this book from LibraryThing, thanks so much!
Read more
One person found this helpful
Helpful
Comment Report abuse

EnchantedC
5.0 out of 5 stars Will Draw You In!
Reviewed in the United States on May 1, 2016
The book was beautifully imagined. I felt like I was living the story along with all of the characters. A must read for lovers of fairy tales and fantasy.

The elements of fairy tales like "Hansel and Gretel" came through, and Char was a fully realized character. I really cared about what happened in this book.

Annalyce
2.0 out of 5 stars Not a fan
Reviewed in the United States on December 22, 2016
So, the positive thing about this book is the author does seem to have a knack for description. It's rare that I didn't have a clear picture of where the character was and what the place looked like.

That's pretty much the only positive thing I can say. I spent a good chunk of the book flailing with no idea what was going on. This book is touted as being a stand alone, but I hope that isn't actually true, because the alternative is the author being really bad at explaining her worldbuilding and introducing characters in a non-overwhelming way. I'm still not totally clear who all the characters are. The author also, for some reason, skipped large chunks of necessary scenes that likely would've aided in understanding what on earth was going on.

Vidar made me supremely uncomfortable from the instant he appeared on the page. Aside from the fact he, despite the fact she was not the only dark-skinned character he knew, decided asking if Luna had been burned to explain her complexion was an appropriate line of conversation, I found his "flirtatious" remarks closer to creepy than affection. Luna's initial reluctance to follow his advances wasn't properly explained as it was happening, and the transition into them having a romantic relationship was not properly developed. This is probably a symptom of the book's overall issue with not really explaining things when it comes to characters' internal thoughts. Whether Luna was actually interested in him wasn't clear through the early stages of creepy flirting.

Vidar's comment about Luna's skin was really par for the course in the way her colour was treated throughout the first half of the book in particular. From narrative description saying her feet were indistinguishable from the dirt on them, to Vidar's charming comment, this girl and her skin just could not catch a break. It's impossible to completely divorce a book from the context of the reader's world, so it's important to take into consideration what might be problematic in the real world, not just the cultural norms of the story world alone.

If I hadn't been reading this for a readathon, I likely would not have finished it.
Read more
Helpful
Comment Report abuse
See all reviews