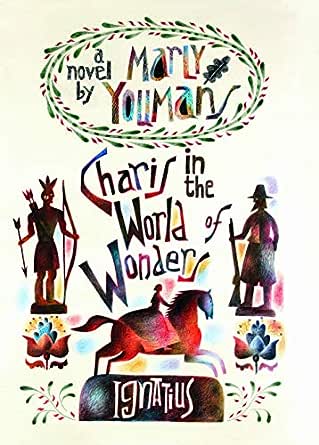 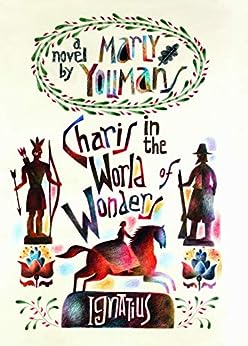 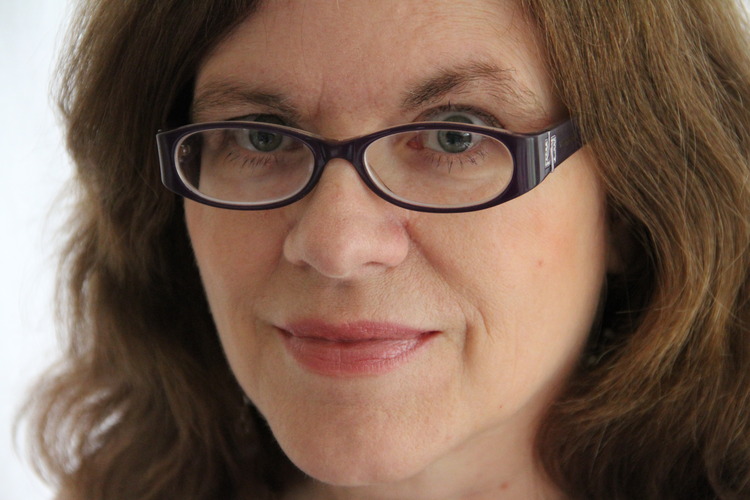 Charis in the World of Wonders: A Novel Set in Puritan New England Kindle Edition

A writer I greatly admire and have sometimes written about, Marly Youmans, has a new book coming late in March from Ignatius Press: Charis in the World of Wonders, with cover art and illustrations by the incomparable Clive Hicks-Jenkins. This novel, set in the Massachusetts Bay Colony, should occasion a piece that tackles the whole sweep of Youmans's work. She's not part of any fashionable faction, and much as I would be delighted and surprised to see it receive generous attention in the New York Times Book Review and other such outlets, I am mainly hoping that First Things, Commonweal, Image, and other kindred publications will not let this opportunity pass.
--John Wilson, "Desiderata," First Things

Youmans has wound up writing a poem in prose, with subtle symbolism and delicious wordplay. Like a later New Englander, Emily Dickinson, she tells the truth but tells it slant.--Ben Steelman, "In NC writer's new novel, the woods are dark, deep and dangerous," The Wilmington StarNews

It has a lovely and captivating heroine and, in Hortus, one of the best animal heroes in literature since Buck in "The Call of The Wild." Join Charis in her journey through the World of Wonders and you will not be disappointed.
--Greg Langley, Young heroine in 'Charis' will captivate readers, The Baton Rouge Advocate

Remember how you used to read as a child, stretched out in the grass or on the couch, lost in the magic of a book.... Be prepared to re-enter that world of magical reading, being so engrossed in the world of the book that you never really leave it, living in a dreamy haze of words and beloved characters. Marly Youmans' new novel, Charis in the World of Wonders (Ignatius, 2020) will put you there, into that trance of reading and joy, as though you had never left it. The Hollins Critic, Fall 2020

Youmans shrewdly presents the collective madness of witch trials as one of many destructive forces in the world -- on a level with Indian massacres, concussions, and drowning. As such, the hysteria seems less alien, our modern complacencies less sure, leaving behind the uneasy suspicion that we may be as prone to collective madness as they are, and as blind to it, lulled by the tools we vainly depend upon, just as they depend on their brimstone preaching, to save us from destruction. This sojourn in Charis and the World of Wonders lets us experience reality bare of illusions: life can end at any moment, avoiding grief is folly, joys should be taken gratefully when they come, and creation is full of beauty, fear, mystery, and God.
--H. S. Cross, "In the Liminal Zone," The Living Church (Anglican Communion) 30 July 2020
--This text refers to the paperback edition.

Here's the answer to a question asked at the site, "Women Writers, Women's Books," the sort of question many ask about a book: "Where did the inspiration for CHARIS IN THE WORLD OF WONDERS originate?"

Behind the Fenimore Museum in Cooperstown is a little stone and grass amphitheater sloping down toward Otsego Lake, and on fair summer evenings the Glimmerglobe theater troupe puts on plays there. It's a romantic scene; eagles float above the lake, or geese and ducks bob by in the distance. The grass deepens its greens, and then the sky turns to cobalt as twilight falls and the moon and stars emerge above the trees. Back in summer 2016, Glimmerglobe staged Arthur Miller's The Crucible in the outdoor theatre. My eldest son was Marshal Herrick of Salem, my husband played Goodman Putnam, and my daughter made T-shirts for the production. So perhaps that's what had me thinking about the 1690's and the uneasy time leading up to the outbreak of witchcraft accusations and trials.

Charis's adventure involves massacre, escapes and flight, romance, dangers of childbirth, and the darkness of witchery and betrayal. Life in the Massachusetts Bay Colony in the 1690's could be excessively changeable and lively, and fear of attack from French or native tribes was common. The godly, as Puritans called themselves, practiced a kind of self-scrutiny that often led to a fever-pitch intensity of feeling.

I've always liked the era's writers and poets--particularly Edward Taylor and Anne Bradstreet in the New World, and Thomas Traherne, John Donne, George Herbert, Henry Vaughan, and others in the Old. Long ago I studied early American writings, and I feel comfortable wandering about in the seventeenth century. In the summer of 2016, my husband and I rambled over Cape Cod and visited what is now North Andover (the Andover of the book) to see the remains of the town and the graveyard where Anne Bradstreet is buried. I was already taking notes for a book by then. Later on I was an alternate fellow at the American Antiquarian Society, and so managed to take a peep at all sorts of curious items that are impossible to find in my rural area--tiny fat books about the goldsmith's art, tattered accounts of Andover and Haverhill, early cookbooks, and more.

Back in 1996, I published another book set in the seventeenth century, Catherwood (Farrar, Strauss, and Giroux.) It dealt with a different portion of the English migration to America, although there is a bit of Puritan life close to the end, when Catherwood reaches Westfield, where poet Edward Taylor was minister. Perhaps some day I'll write a third novel set in the seventeenth century and have a trilogy, as my husband has suggested.. --This text refers to the paperback edition.

Flap copy excluding the portion already included in "product description": For Charis, the world outside the window of home is a maze of hazards. And even if she survives  the wilds, it is no simple matter to discover and nest among her own kind--the godly, those called Puritans by others. --This text refers to the paperback edition.

Marly Youmans is an award-winning author of fiction and poetry. Her other novels include Catherwood, The Wolf Pit, Glimmerglass, Maze of Blood and A Death at the White Camellia Orphanage. Her most recent books of poetry are The Book of the Red King, Thaliad, and The Throne of Psyche. --This text refers to the paperback edition.
Read more