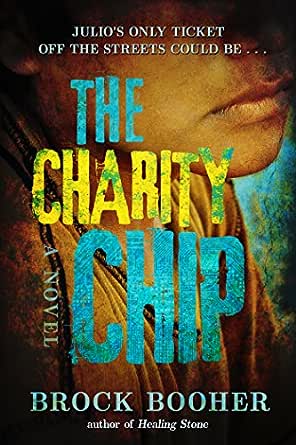 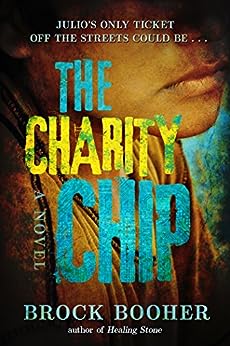 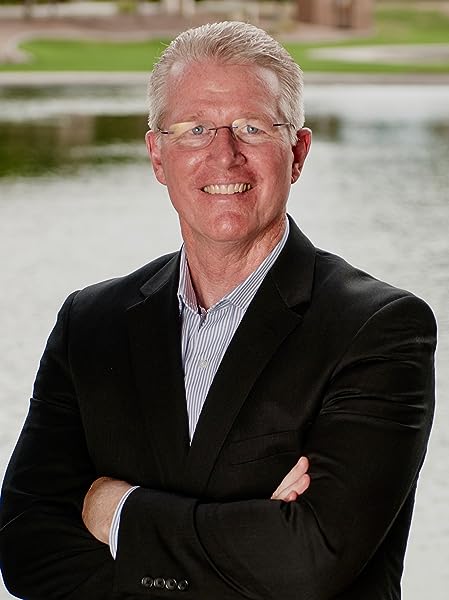 Isak held up his left hand and ran his finger along the space between his thumb and forefinger.
"This area of the hand has just enough room to house the chip I designed for the program. It allows the participants access to the Caritas facility and also serves as an individualized money chip. It has been affectionately dubbed the charity chip."

Julio, a fourteen-year-old orphan, has spent years doing whatever it takes to survive on the streets. When he meets Isak Blixt, the creator of the Charity Chip program, he thinks his problems are over. The program provides needy children with food, schooling, clothes, everything--for free!

But Julio soon discovers that nothing comes without a price. And the truth about the charity chip is anything but charitable.

This fast-paced mystery is full of twists and turns that will keep you hooked until the very last page. --This text refers to the paperback edition.

shelly haggarton
5.0 out of 5 stars A Great Read that Offers Insight Into the Lives of Children in Some Third World Countries
Reviewed in the United States on July 2, 2015
Verified Purchase
The author's writing style is captivating. He anticipates what the reader is going to think or feel as we are drawn into the story and makes sure questions are answered as we progress. The main characters were brought to life and into our hearts as the story developed instead of through boring descriptions. I found it fascinating to learn that there are children in other parts of the world who have to try to survive on the streets like these kids did.
Read more
Helpful
Comment Report abuse

Melanie
5.0 out of 5 stars The Charity Chip
Reviewed in the United States on June 17, 2015
Julio's mother's dying wish was for him to take care of his twin brother, Raul. Raul, however, got involved with a gang and wasn't interested in helping Julio keep that promise. When Julio was caught stealing food, a man named Isak came to his rescue and made him an offer he couldn't refuse. All he needed to do was pass a physical and allow a chip to be implanted in his hand. Julio would keep food in his belly and be able to purchase other items he needed. He also had the freedom to live where he wanted so he was able to return to Raul each night and feed him, too, even though Isak didn't know he had a twin brother.

Things went well for a while and it was interesting to read how different life was for Julio between when he was going hungry and scrounging around for food and clothes and how he felt when he had food in his belly and the means to purchase whatever he needed. It didn't take long, though, for him to suspect that something else was going on and he quickly needed to figure out the truth behind the chip before it was too late.

Julio was easy to cheer for since he was likable and did the right thing no matter what it cost him personally. He was loyal to his brother, even when his brother made some not so great choices. This book is full of action and suspense and was hard to put down. It was also thought-provoking and pointed out the issues that arise when money is thrown at a problem but the people who need it aren't the ones that benefit from it. There were some twists and turns so it didn't turn out exactly like I thought it would, but I did enjoy the ending.

I loved this author's debut novel, Healing Stone, so I was excited to learn he had published another book. This book did not disappoint so he is officially on my list of favorite authors and I'm looking forward to reading what he comes up with next!

I received a copy of this book to review. My opinion is 100% my own.

This story grabs you right from the start. It is full of drama, makes you want to give your kids a hug,. What would you be willing to do if your starving. Also wants me to keep cash on hand and if see kids begging to help some. It opened my eyes. I did guess pretty early about what they were doing really. Did not stop till I had read the story.

I liked Julio. He is a strong character that was trying to survive and take care of his twin brother. Julio is a orphan. He wants to be a doctor some day. He remembers what his mother had taught him and tried to balance what he was taught with his promise to take care of his brother.

Julio juggled with fire batons trying to earn money. Most everyone was chipped and did not carry money any more. It was harder for orphans to survive.

Raul was Julio's twin brother but he turned to a gang for survival and wanted Julio to join too.

Caritas hoped to expand in other countries and more kids. They worked with the UN.

The book was entertaining but it sure made me think about so many different issues and made me want to help more.

I was given this ebook to read by Cedar Fort Publishing. In return I agreed to give a honest review and be part of The Charity Chip blog tour.
Read more
Helpful
Comment Report abuse

Lisa F- Bookworm Lisa
4.0 out of 5 stars Thought provoking with Suspense.
Reviewed in the United States on June 10, 2015
Life isn't easy living on the streets of Lima, Peru. Julio promised his mother before she died that he would take care of his identical twin brother, Raul. The promise is hard to keep for a young man.

Julio is a street performer, it has become harder to live because people no longer use money. The citizens of Peru have become chipped. They use an electronic device in their hand to pay for goods and services. Unless you have a chip, it is nearly impossible to get food, clothes, etc.

Julio becomes part of a program that gives street kids a chance at education and food. He can't pass up the opportunity, in part to take care of his bother and also to put food in his belly.

This book is very interesting. It really makes you think about ineffective government programs and the extreme measures people will take to have the basic necessities to live. I would say more about the program in this book, but I don't want to give away any part of the plot.

This book has a little bit of romance and a lot of suspense. Julio is on a short time line to make a difference. The things he learns in this book will help others and bring an end to some of the corruption. I liked the interaction between characters and the plot twists that I didn't expect. A good book for YA readers and older.

I received an electronic complimentary copy of this book in exchange for an honest opinion.
Read more
Helpful
Comment Report abuse
See all reviews