Charlatan and millions of other books are available for Amazon Kindle. Learn more 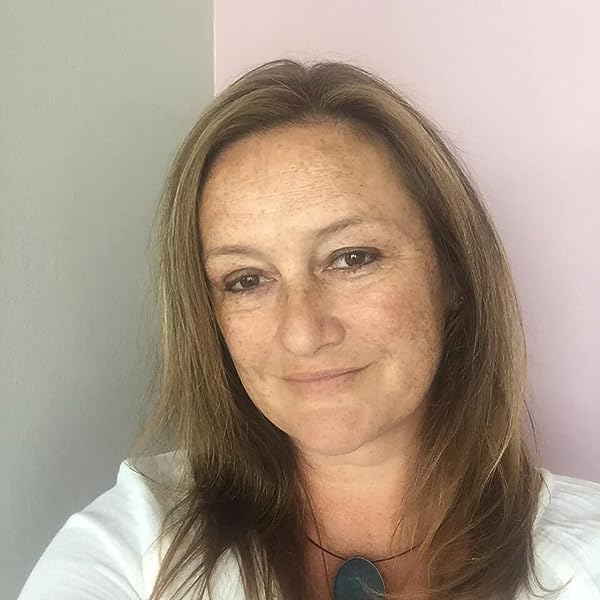 by Kate Braithwaite (Author)
4.9 out of 5 stars 28 ratings
See all formats and editions
Sorry, there was a problem loading this page. Try again.

In Charlatan, Braithwaite weaves a dark, intricate tale of mystery, sorcery, and a woman's desperate pursuit to charm the most powerful man in the seventeenth-century France. Braithwaite's debut is stunning with an array of distinctive characters, a gripping plot, and a perfection portion of poison and witchcraft. Brilliant!
Weina Dai Randel, author of The Moon in the Palace and The Empress of Bright Moon.

"I enjoyed it enormously...you brought The Affair flooding back to me with added excellent detail...It really is a remarkable achievement." Anne Somerset, author The Affair of the Poisons

"This book kept me reading into the night...luxury and squalor, royal scandal and sorcery...how could it not?" Fay Weldon, author The Life and Loves of a She-devil

Start reading Charlatan on your Kindle in under a minute.

Elspeth G. Perkin
4.0 out of 5 stars For the love of a king and the Affair of the Poisons
Reviewed in the United States on January 22, 2020
Verified Purchase
Inspired by events straight from the annals of strange crimes comes Charlatan, a fictionalized version of the 17th-century murder scandal that involved the elite and powerful seeking an unnatural advantage in disposing of rivals of the court and the marriage bed. Not exactly a feel-good book as you could imagine with the pulverized toads, twisted black mass priests and stomach cramping powders found in clothing and wine goblets, so take warning this tale has some graphic details to share that may disturb some however for others, they may not be able to turn the pages fast enough. Entertaining overall, this story commands attention and paints some vivid scenes but for me, some of the finer things were just off. The presented characterization would have to be my main disappointment, various infamous personalities (mainly Françoise Athénaïs de Rochechouart de Mortemart, Marquise of Montespan) were either subdued to point of being dull or outlandish caricatures; I would have also really preferred more chapters featuring Madame de Montespan with the Sun King and less about the predictable forced romance that appeared in the other chapters. The jarring modern-sounding dialogue was another negative and sadly the richness of the setting didn't quite saturate into the rest of the story. Is Charlatan, Druon territory of historical fiction? Most certainly not but it served as a decent rainy day read and may nudge someone out there in the direction of available shelves to learn more about L'affaire des poisons.
Read more
Helpful
Report abuse

La Matta
5.0 out of 5 stars Fascinating read, delves into the Affair of the Poisons during reign of Louis XIV
Reviewed in the United States on September 26, 2020
Verified Purchase
I thoroughly enjoyed this well-written, well-researched novel that looks into the Affair of the Poisons during the reign of Louis XIV. Police chief La Reynie conducts an investigation that takes him down a dark path of sorcery, witchcraft, and other unseemly practices hoping to uncover the truth behind the so-called witch La Voisin and a most famous client who has an intimate connection to the King. A history buff, still I hadn’t heard of this case. It was a delight to read and be taken away to another time and place. Great job! Would recommend.
Read more
Helpful
Report abuse

Andrea Todd
5.0 out of 5 stars A great pick for a book club! Historical fiction, Paris, the French Court, and gorgeous writing-can't go wrong!
Reviewed in the United States on November 12, 2016
Verified Purchase
Loved this book! To be true, I forced myself to pay attention through the prologue and try to make sense of the scene enfolding, I wondered if the whole book would require this level of concentration. I adore historical fiction, but this felt more like a scene of religious black magic. Indeed it was. Slow to pick-up on the book's theme, as the story would tighter, I found myself sometimes reading with mouth agape hunched forward waiting to be told what would happen next. At one point, while fighting for light on a plane inching toward darkness, I grabbed a pen from under seat, and began to underline the paragraphs as I realized the writer's skills in crafting the unexpected paragraph were the glue to holding together this incredible tale. In it's separation from reality, it actually made the work completely understandable and believable. For instance, she surmises "When he has pulled up her petticoats a few times and found nothing more special there than he can find in any serving girl, he will tire of her youth and ignorance and come back to you where he belongs." And so, the story winds itself through the French court allowing us to hear the tale from characters often left behind. Curl up with Charlaton, and experience the illuminating magic of the talented Kate Braithwaite's first novel. A
Read more
2 people found this helpful
Helpful
Report abuse

Maryellen Winkler-Gunn
5.0 out of 5 stars Fun and educational for lovers of historical fiction
Reviewed in the United States on November 1, 2017
Verified Purchase
Enjoyed this historical novel immensely. Kate uses wonderful detail and an intriguing story line to keep you interested in the skulduggery of French court life.
Read more
Helpful
Report abuse

Miss Lyn
5.0 out of 5 stars Charlatan
Reviewed in the United States on September 26, 2016
Verified Purchase
This is a marvelous novel and I hope this new to me author writes many more!
Read more
Helpful
Report abuse

What motivates an author to write historical fiction? The telling of stories untold? A revisioning of the past? Retrospective justice? Charlatan is all these and more. Told in richly descriptive and highly engaging prose, the work portrays in vivid details the torture, hangings and burnings of witches and their accomplices, including numerous priests. The author clearly knows her subject, the work as much informative as it is entertaining. Told from three points of view – the King’s mistress, the investigating police officer, the priest – Charlatan provides a fascinating insight into the occult underworld of Paris, its popularity, its secrecy, and the various motivations of those involved.

The premise of the story is the limitations of justice in a system riven by poverty and privilege, and it is a theme that plays out perfectly through masterful storytelling. The dialogue is impeccable and the pace never falters, the various storylines carefully woven into a seamless whole. Charlatan makes for confronting reading at times, but its all the stronger for not shying from the realities of the times. With Charlatan, Braithwaite makes a valuable contribution to raising awareness of a controversial subject.
Read more
One person found this helpful
Helpful
Report abuse
See all reviews

Amazon Customer
5.0 out of 5 stars A well written, interesting and well researched novel.
Reviewed in the United Kingdom on May 18, 2017
Verified Purchase
I love some of the historical characters portrayed in this novel: Madame de Montespan, Fontanges and la Valliere.
The book is about the 'Affair of the Poisons' which rocked the French aristocracy at the time. A very well written book, supported by detailed historical research. The characters are very well drawn, and I enjoyed the novel, and seeing the King's mistresses portrayed so well, since these people are probably the most interesting characters in history, in my view.The novel was so engaging that I finished it in one sitting.
Read more
One person found this helpful
Report abuse

JR Taylor
5.0 out of 5 stars Great read
Reviewed in the United Kingdom on October 2, 2016
Verified Purchase
I loved this book. Braithwaite really brings the period to life. She handles a huge range of characters and settings with apparent ease and effortlessly draws her reader into a world of fascinating characters, plots and conspiracies. Braithwaite has crafted an exceptional novel from the intriguing history of Paris in the 17th century. She ranges skillfully across the social worlds from the court at Versailles where the aging Madame de Montespan is losing her grip on the heart of Louis XIV to the cells of Chateau de Vincennes where the eponymous Charlatan is playing for his life among the imprisoned underworld of sellers of love potions, abortionists and poisoners. Braithwaite’s grasp of history and historical detail is assured and her ability to engage the reader in the lives of her characters is outstanding.
Read more
Report abuse

Alison Proudlove
5.0 out of 5 stars Great historical novel
Reviewed in the United Kingdom on August 8, 2017
Verified Purchase
Brilliant, gripping debut novel. I really felt immersed in the historical world Kate Braithwaite described. The complex characters around the French court were brought to life with imagined dialogue that felt authentic and was very engaging.
Read more
One person found this helpful
Report abuse
See all reviews
Back to top
Get to Know Us
Make Money with Us
Amazon Payment Products
Let Us Help You
EnglishChoose a language for shopping. United StatesChoose a country/region for shopping.
© 1996-2021, Amazon.com, Inc. or its affiliates