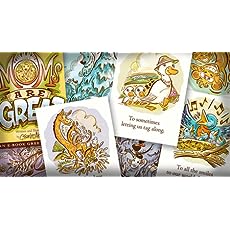 Charles Akins has been an artist all his life. (Even before that, he was an artist.) Growing up in suburban Atlanta, he was influenced and inspired by the everyday rituals, habits, and musings of the everyday. From the Apollo missions to the Tupperware drink container in the family's Coachmen vacation trailer, to dogeared copies of Mad Magazine and the work of Jack Davis and Sergio Aragones,
to the home movies from the Bell+Howell Super 8, to G.I. Joe, Hot Wheels, and Wacky Packs, to his own Mom's crafty decoupage creations, and his Dad's profile drawing of Dick Tracy, and his three brother's varied band of drawings from art-deco-acid, to etch-a-sketch masterworks, to math book flip book stick figure schtick. Eventually, he graduated with a degree in Graphic Design from Georgia State University School of Art and Design, and has worked as an Illustrator, Designer, Instructor, and Animator ever since. Currently, he lives in beautiful Columbia, SC, with his beautiful wife, beautiful family, beautiful house, and not-so-beautiful-as-it-used-to-be car. He eats cereal at least once a day.

He's illustrated the "IPPY" (Independent Publisher's Association) award winning (for digital e-books) book, "The Lonely Parrot" by Lisa Kelley Schindler, as well as a couple of other independent titles. He's finally catching up on illustrating and publishing the long list of titles he's written himself.

Charles Akins' illustration and illustrative design spans a variety of approaches while retaining an overall underlying whimsy. His work could be described as kinetic and fun without being overtly "cutesy".
Having worked professionally for over twenty years, he understands the many needs of many markets from editorial and publishing, to design, packaging and advertising.

Akins' work has been widely published and featured in Step-By-Step digital, The Illustration Workbook, Picturebook, and in the Hayden book: "Adobe Illustrator-Creative Techniques," "Graphis Student 96," the Quayside book: "Logolounge Master Library: 3000 Animal & Mythology Logos," as well as the recent Rockport published "Design :Logo by Von Glitschka and Paul Howalt." Also, his work is pictured in the NY Times bestseller, "Totally MAD, 60 Years of Humor, Satire, Stupidity and Stupidity," and "MAD, The 100 Dumbest People, Events & Things of the Century (So Far), and numerous issues of MAD magazine and many other editorial publications." 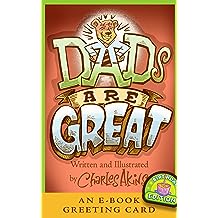 Looking for an original and unique Birthday greeting for your Great Dad?

Get your Dad something special for his Birthday now!

“Dads Are Great - Birthday Edition” is another delightful, engaging and heartfelt e-book greeting card for Dad by award winning illustrator and author, Charles Akins. “Dads Are Great” uses whimsical illustrations of friendly bear characters to illuminate what makes our Dads so wonderful. Akins spins a memorable Father’s Day rhyming yarn expressing how important our Dads are to us. Way more than just a Birthday greeting card,

“Dads Are Great- Birthday Edition” is a greeting card and treasured story in one. He’ll love it! 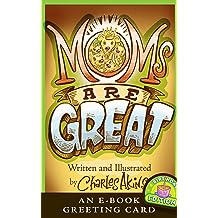 Looking for an original and unique Birthday greeting for your Great Mom?

Get your Mother something special for her Birthday now!

“Moms Are Great - Birthday Edition” is another delightful, engaging and heartfelt e-book greeting card for Mom by award winning illustrator and author, Charles Akins. “Moms Are Great” uses whimsical illustrations of animals to illuminate what makes our Moms so wonderful. Akins spins a memorable Birthday rhyming yarn expressing how important our Mothers are to us. From Lions, to Bears, and Dolphins, oh my! Way more than just a greeting card,

“Moms Are Great- Birthday Edition” is a greeting card and treasured story in one. She’ll love it! 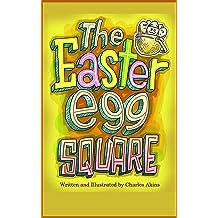 Looking for an original, heartwarming, and meaningful Easter story filled with hope?

Check out the Easter story with Worldwide appeal now! 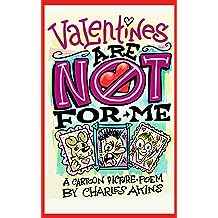 Looking for an original and funny Valentine’s Day greeting for your Valentine?

Get your Valentine something special for their Valentine’s Day now!

“Valentines are NOT for Me” is a colorful, humorous, fun, and fully illustrated, rhyming cartoon picture-poem celebrating the real meaning of Valentines and Valentine’s Day. By Mad magazine cartoonist and illustrator, Charles Akins. It’s about a boy who’s not exactly “into” the big Valentine’s day, and sarcastically writes a “Valentine” for his sister, with unexpected results! For tweens to one hundred and tweens.

Works great as a digital Valentines card! Get one for your Valentine, even if that happens to be YOU!