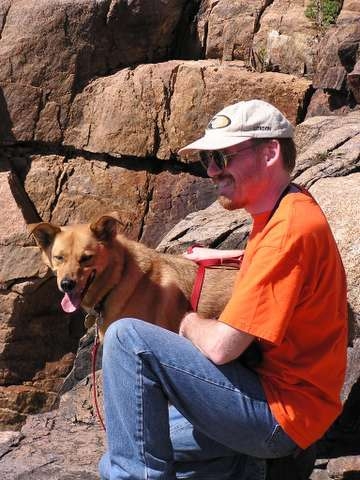 I began writing stories back when my handwriting (OK, printing) was still legible. Stories of pet turtles and the like are still in a scrapbook somewhere, awaiting interest in a collection of my pre-publication oeuvre.

Somewhere in the folders and files, there's a very Harold-and-the-Purple-Crayon-ish almost picture book that I wrote when my son was quite young titled Christian and His Magic Guitar. (Hmm. That may be worth finding and prepping.)

At any rate, storytelling has been part of my life for as long as I can remember understanding words.

Anyway, thanks to NaNoWriMo (yes, National Novel Writing Month), I discovered that I still had a bit of that old creativity in me, and pulled out a decades-old novel (started and dropped in the early 80s) as a starting point.

That effort grew into my first novel: Bytes Akimbo - Cybersleuth; a rollicking romp around the world and out of it.

The relative success of that book led me to think I might write something that wasn't merely amusing, but rather was actually a pretty good novel, and I believe I succeeded with a later NaNoWriMo project which became A Rune With A View.

Between those two, I managed to edit and republish my great-great-grandfather's Civil War memoir, An Adventure With Guerrillas (by Ethelbirt Crouse).

If you're interested, there's a facebook page dedicated to these and other writings and creations here: https://www.facebook.com/pages/Charles-van-Becelaere/388128827939757

Also, my blog feed from http://grandteuton.blogspot.com seems to get bogged down on this page, so you may want to just go there directly. 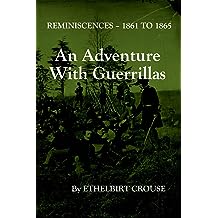 An Adventure with Guerrillas Jan 20, 2015
by Ethelbirt Crouse, Charles van Becelaere
( 1 )
$2.99
This little book is a memoir of an encounter with Confederate Guerrillas during the Civil War. The author was captured by a band of Confederate Guerrillas, and taken to be executed along with 12 other Union soldiers. He actually survived two execution attempts, escaping with the only other survivor. This is the story of their journey from behind enemy lines - exciting, insightful, and sobering all at once. Really, a must-read for any student of history, war, the United States, and mankind.
Read more
Other Formats: Paperback 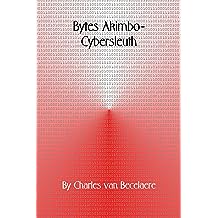 Bytes Akimbo - Cybersleuth: Being a Zany, Madcap Romp from Here to There, and Beyond! Jan 17, 2015
by Charles vanBecelaere
$3.49
A rollicking romp around the world and out of it! Join our intrepid heroes as they attempt to save the world from a threatened invasion. Perhaps the finest book ever written on this theme using these characters - yes, quite likely the finest.
Read more
Other Formats: Paperback 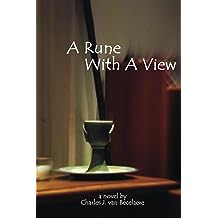 A Rune With A View Nov 27, 2012
by Charles van Becelaere
( 1 )
$4.95
Jerry Lombard enjoys his life in the Michigan resort town of Charleroi: singing in his church choir, cooking gourmet meals, and selling unusual items at Lombard's Miscellanery.

That quiet life changes when Charleroi is invaded by Vikings … or rather by biker Viking wannabes intent on enjoying the Summer season on the shores of Lake Michigan.

Jerry finds a new friend among all those new folks in town, and once he’s met Karl, he begins finding other things – notes, poems, books – and having and remembering dreams that feel more real than life.

Karl invites Jerry on a trip to visit a friend in Winnipeg – Jerry's friend, Barbara, joins them along the way – and Jerry finds himself the object of a sort of reverse quest. It seems as though Jerry is being sought by the Grail to heal a centuries-old rift within the secret order which has served and protected it and the Spear since the days of Joseph of Arimathea.

Now Jerry has to decide if he can decide – and if so, what will it mean to his friends' futures?
Read more
Other Formats: Paperback