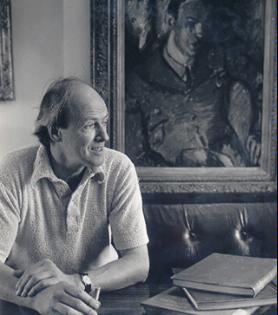 Start reading Charlie and the Great Glass Elevator (Charlie Bucket Book 2) on your Kindle in under a minute.

4.4 out of 5 stars
4.4 out of 5
1,274 global ratings
How are ratings calculated?
To calculate the overall star rating and percentage breakdown by star, we don’t use a simple average. Instead, our system considers things like how recent a review is and if the reviewer bought the item on Amazon. It also analyzes reviews to verify trustworthiness.

Elyse S.
1.0 out of 5 stars Awful sequel!
Reviewed in the United States on August 7, 2018
Verified Purchase
This book was atrocious, my students begged me to get the second book after we had read the first book over the Summer last year. And this book was absolutely painful to get through, I had to stop almost every other sentence to explain the confusing jargon that most children wouldn't be privy to unless an adult was reading along with them, and had to edit on the fly SEVERAL parts of the books far too often for my liking. It was dull, and a struggle to keep myself and my students engaged. This book does not fit the Dahl standard at all.
Read more
16 people found this helpful
Helpful
Comment Report abuse

J. D. Estrada
4.0 out of 5 stars Although not as good as book 1, still an enjoyable dive into the Chocolate Factory and beyond
Reviewed in the United States on December 21, 2019
Verified Purchase
Unlike Charlie and the Chocolate Factory, one of the good things is that you don't have a movie reference point for this read. You're going in mostly blind, which is good. You know Charlie, Grandpa Joe, Willy Wonka, and the Oompa Loompas and have the chance to get to know Charlie's other grandparents a bit better and his parents get slightly more exposition... but let's say that again... slightly.

This was a fun read as are most Dahl reads, but it falls short of the mark of his excellent work for a couple of reasons. Firstly, we get dizzying and amazing glimpses into more areas of the Chocolate Factory, but it's glimpses. Very rarely do we really dig into new rooms fully and in that sense, at times the book felt rushed. There's also a big chunk that takes place in space and in the Glass Elevator. It seems like these chapters serve mostly to show how amazing and indestructible the Elevator is rather than push forward most narratives.

In the end, the book is SUPER random even by Dahl's standards and sometimes it really works and sometimes you're left wondering more than you enjoy. That said, it's a very enjoyable book and if you didn't have amazing books like the first Charlie Bucket book or James and the Giant Peach, it'd be held in higher regards. When the story settles down a bit, it's a pure delight, but quite often you're switching from one location to another at breakneck speed that even the glass elevator would have trouble keeping up with.

As for the characters, Charlie is as "Charlie" as ever and just a practical, sweet, nice kid, with a good head on his shoulders. Grandpa Joe has some excitable moments but isn't as much in the forefront as in the first book. The other grandparents kind of blend one into the other although Grandma Georgina is by far the crabbiest one, almost seeming as if she was related to the other four kids who got wonkad in the first book. Btw, there are some inconsistencies in the ages of the grandparents from book 1 to book 2. In book 1, they're mostly in their 90's if I'm not mistaken, while in Book 2, they're dropped down to their 80's. Some other small details here and there make me smile as an indie author and when I see people complain about inconsistencies. (It's kind of comforting that they can happen).

Something I did notice is that things from this book did make it into the first movie adaptation and that semi sad and occasionally contemplative Wonka we saw in the first movie is the same one that is at one time having a poignant moment when something unpleasant is happening and he finds comfort in the churning of his chocolate waterfall.

Don't get me wrong though, it's still a silly and very fun book and I read it pretty quickly. It's just that it falls slightly short from the high marks of Dahl's best books, which isn't exactly easy to surpass or even equal. Even so, a highly enjoyable read that begs to be enjoyed with your sweet of choice.

Aaron Roydhouse
2.0 out of 5 stars Not a great sequel and with jokes that haven't aged well
Reviewed in the United States on August 24, 2019
Verified Purchase
Best read to a child who can't read over your shoulder, so you can tone down the many cultural stereotype jokes! Only silly rather than mean humor, but certainly jokes that haven't aged well. And overall the story just isn't a great sequel. Just move on to a different Roald Dahl book.
Read more
6 people found this helpful
Helpful
Comment Report abuse

M. Cannon
2.0 out of 5 stars Disappointing sequel
Reviewed in the United States on October 6, 2019
Verified Purchase
This book is full of tedious back-and-forth dialogue and bad jokes. We’re only 1/3 of the way through and I can’t read it anymore. I’m going to make my husband finish it because my kids, for some reason, want to hear the rest. I wish I hadn’t purchased this book. It’s the first Roald Dahl book I dislike.
Read more
3 people found this helpful
Helpful
Comment Report abuse

Irishnotfur
5.0 out of 5 stars If only they made it a movie
Reviewed in the United States on April 21, 2020
Verified Purchase
So much fun in one book should be illegal, the play on words was so much fun and that song of the nanny’s was one of the best political jokes I ever read. Truly a great sequel to Charlie and the Chocolate Factory. I think the best was the old people and just how much fun they are by being old and grumpy. I just wish there was more of Charlie Bucket’s tale and the meeting of the president
Read more
One person found this helpful
Helpful
Comment Report abuse

Kindle Customer
3.0 out of 5 stars Not what I was expecting
Reviewed in the United States on December 13, 2019
Verified Purchase
I've seen both Willy Wonka movies, and I always wondered what happened next? This book piqued my interest because what DID happen next? It was pretty dumb and boring. The first book was hilarious because you only need one eccentric character.

When you have one eccentric character in a book full of normies, then you have a very funny book. But when Wonka, The POTUS, the Vice President, and everybody at the White House, and different world leaders are eccentric, then it's an overkill.
Read more
Helpful
Comment Report abuse

Only1Momma
5.0 out of 5 stars GREAT BOOK
Reviewed in the United States on June 20, 2016
Verified Purchase
My 9 year old loved this book and is asking for more books from this Author. She read this in school with her class and since next year we are homeschooling maybe these other books would be great for book reports? Anyway I think these are great for kids around 9 and up.
This book is about what happened after Charlie won the factory. IF you want to know what all it is about I just can't spoil it for you but I will tell you it has something to do with space..
Read more
6 people found this helpful
Helpful
Comment Report abuse
See all reviews

NYC MacDougall
2.0 out of 5 stars Why?
Reviewed in the United Kingdom on May 20, 2020
Verified Purchase
This isn't a novel as much as it is a series of happenings that are woven together for the sake of--well, for no sake really other than to form a "book". The space episode has little to do with the return to the factory, which has little to do with Wonka-Vite and its effects. There are some amusing moments, but to call this a sequel to "The Chocolate Factory" is a stretch; in fact, when characters from the latter book are referenced, it only made me miss Veruca and company all the more. Extremely disappointing. I love Dahl, but this is probably among the most uninspired he ever created. No magic. No sparkle.
Read more
One person found this helpful
Report abuse

Amazon Customer
3.0 out of 5 stars Poor sequel
Reviewed in the United Kingdom on September 17, 2018
Verified Purchase
Not as brilliant as Charlie and the chocolate factory, although to be fair it does have it moments, the sequel came across as really a series of of short stories strung together to make up one whole book, its as if Ronald Dahl heart wasn't into writing this second book, but he did seem to leave the book open for the further adventures of Charlie Bucket and Mr Willy Wonka, I'm really surprised someone doesn't do just that.
Read more
3 people found this helpful
Report abuse

John-PaulSanders
3.0 out of 5 stars poor follow up
Reviewed in the United Kingdom on June 13, 2019
Verified Purchase
to the best children's book ever. The Chocolate factory was reading perfection. This book is quite frankly a bit silly.
Read more
3 people found this helpful
Report abuse

JPez
3.0 out of 5 stars Be Aware Colour Edition or Black and white paperback?
Reviewed in the United Kingdom on July 27, 2020
Verified Purchase
This is a problem with Amazon's website. I thought this paperback was cheap and when it arrived it was the small format Black and White illustrated edition. The "Look Inside" misleadingly showed the contents of the colour edition. A search for Charlie and the Great Glass Elevator did not return the "colour edition" on the first page - foreign language versions yes. You need to explicitly search for "Charlie and the Great Glass Elevator colour".
Read more
Report abuse

Mrs. Carol P. Coulson
5.0 out of 5 stars Great Roald Dahl Book
Reviewed in the United Kingdom on July 9, 2020
Verified Purchase
I bought this book, Charlie and The Glass Elevator by Roald Dahl, for my 7 year old Grandson. He's a big fan of Dahl books and loves reading. A great purchase and a happy Grandson.
Read more
Report abuse
See all reviews