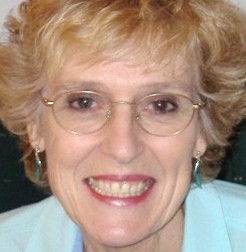 "Charlie Lucas is a grunt who is marking off his days near Cam Ranh Bay, trying to avoid booby traps, fighting the Viet Cong when he must (Scott has the speech and attitudes, and the dynamics among Charlie's fellow soldiers, down precisely). Charlie dreams of the upper-class Georgetown woman, Pauline, he met shortly before being drafted, who married him out of pity but remains loyal, writing regularly of her accomplishments in school. Then he meets a Vietnamese woman, Minh, and fathers a son. Mentally walling out his marriage to Pauline, Charlie marries Minh, and then all hell breaks loose: Booby traps decimate Charlie's platoon, and Charlie is captured by the VC. They're only children themselves, but they hold their prisoner captive deep underground, in a small dark cage. Fed only rice balls and boiled rats, charlie begins to weaken physically. In isolation, he looks back over his life clearly at first, then begins to sink into fantasies. In a poetic but brilliantly clear style, Scott moves seamlessly between Charlie's physical pain and his visions... A beautiful story, indebted both to Larry Brown's 'Dirty Work' and Tim O'Brien's 'Going After Cacciato,' but with a gentleness and compassion all its own." --Kirkus Reviews

"Individual responsibility is the central theme of this earnest allegorical tale of a young American who recalls the events leading to his capture...during the Vietnamese war. Scott's parable...presents the brutality of war in a narrative voice that is almost childlike in its deliberate simplicity." --Publishers Weekly

"The singing lilt of Scott's clear narrative reflects her background as an accomplished poet. She has peppered the story with metaphors and similes that are stunning. A medevac helicopter, carrying away one of Charlie's dead platoon-mates, for example, goes 'sobbing its way across the treetops.' Her meticulous research is reflected in the conversations of her soldiers. They talk the language of the war. The combat scenes, too, ring true... Scott is believable. She doesn't stumble. She has crafted an unusually graceful war story that depicts the experiences of young soldiers in Vietnam. It is a prodigious feat for a writer...and it is a reflection of her enormous talent." --Stan Sirmans, in The Veteran

Joanna Catherine Scott is the author of the novels "The Road from Chapel Hill;" "Cassandra, Lost;" and "The Lucky Gourd Shop;" as well as "Charlie;" the nonfiction "Indochina's Refugees: Oral Histories from Laos, Cambodia and Vietnam;" and the poetry collections "Breakfast at the Shangri-la" and "Fainting at the Uffizi." A graduate of the University of Adelaide and Duke University, she was born in England, raised in Australia, and now lives in Chapel Hill, North Carolina.