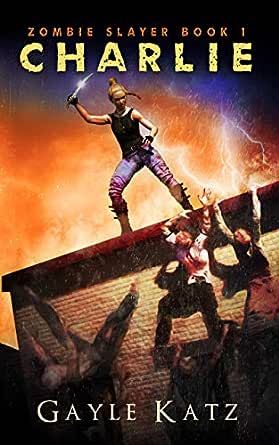 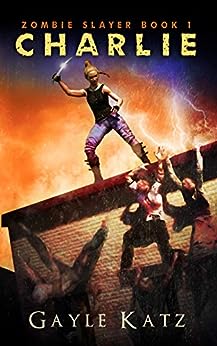 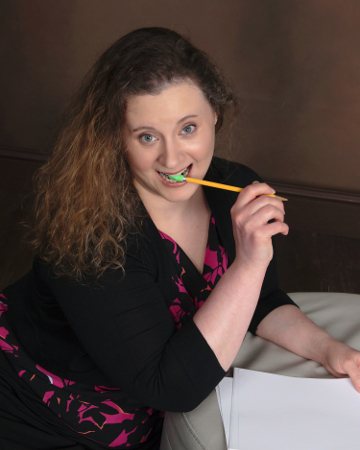 4.1 out of 5 stars
4.1 out of 5
12 customer ratings
How does Amazon calculate star ratings?
Amazon calculates a product’s star ratings based on a machine learned model instead of a raw data average. The model takes into account factors including the age of a rating, whether the ratings are from verified purchasers, and factors that establish reviewer trustworthiness.
Top reviews

James V.H.
5.0 out of 5 stars Charlie, The Zombie Slayer!
Reviewed in the United States on October 2, 2019
Verified Purchase
I am a huge fan of Gayle's other zombie series, The Jane Zombie Chronicles, so of course I was going to try this series out. Based on book 1 it is clear the Zombie Slayer series is going to be awesome! There is action right from the start and while that does chew into character development early on that is made up for as you read and continuously learn more about the characters. Of course some things are left unspoken about purposely for later on! It's a great way to write, speaking of great writing there are a lot of original ideas taken on zombies by Gayle as well. I will not go into any details to avoid any spoilers, but it is a very refreshing view and is one of the many reasons I will be reading all the books in this series!
Read more
One person found this helpful
Helpful
Comment Report abuse

Ethan
5.0 out of 5 stars Fun new zombie slayer (and infestation) with a touch of supernatural spice!
Reviewed in the United States on October 2, 2019
Verified Purchase
I loved this book and had an extremely good time reading it! I found myself laughing along with the characters while also working with them to figure out what sinister deeds were lurking in the dark. The plot is fast-paced and the world Gayle Katz has created is extremely interesting. This book does a great job of taking the classic zombie horror and putting a new unique spin on it. When I started Book 1 I knew it was going to contain zombies (they are in the title) however I became more and more intrigued as other elements of the story tied in with the zombie plot. This new Universe created by Gayle contains some pretty awesome supernatural elements that we are introduced to and able to dabble in during Book 1. I am excited to start Book 2 to learn more about zombie slayers and also the ins and outs of the world they belong to. I love the characters introduced in Book 1 and I cannot wait to see how Gayle develops them during the rest of the series. I just hope the teen zombie slayer can keep up with what Gayle is going to throw her way, or she might quickly be avocado toast.
Read more
Helpful
Comment Report abuse

Tlegu
1.0 out of 5 stars YAA?
Reviewed in the United States on March 27, 2020
Verified Purchase
YAA. Young adult author. Minimal characters, pointless wandering plot. Silly statements and even sillier circumstances. Don't tell your parents about the apocalypse, it will effect your algebra score, things like that. I have only given 1 star once before but in this case I will go a bit further, please consider a different career, for the love of God, spare us anymore.
Read more
Helpful
Comment Report abuse

Scifigreg
5.0 out of 5 stars No Rest for the Weary...or for Zombie Slayers
Reviewed in the United States on October 19, 2019
Verified Purchase
Ms. Katz does a commendable job of tying together the zombie scenes and actions without being excessively graphic or gory as many authors are prone to do. The characters reflect the typical angst of teenage years while dealing with the threat of the zombie outbreak. The supernatural aspect is an added bonus not typically seen in the zombie genre. Charlie and her friends are definitely worth a read.
Read more
Helpful
Comment Report abuse

Kindle Customer
5.0 out of 5 stars A worth while book to get.
Reviewed in the United States on July 20, 2020
Verified Purchase
A book leads you on a crazy way around a school and other places also. I found story was a good to keep me interested and wanting more to read. It's a different kind of book to read well done on the book.
Read more
Helpful
Comment Report abuse

Debra Monteleone
5.0 out of 5 stars Entertaining
Reviewed in the United States on July 26, 2020
Verified Purchase
Brilliantly written, an absolute must read! You won't be disappointed. Can't wait to see what the author brings next! Bravo
Read more
Helpful
Comment Report abuse

Nancy Allen (The Avid Reader)
VINE VOICE
5.0 out of 5 stars A New Twist on the Zombie World!
Reviewed in the United States on October 1, 2019
Charlie is book one in the brand new Zombie Slayer series by Gayle Katz. This zombie book is unlike any zombie book I have ever read before. When I read the blurb for Charlie I no idea what to expect and boy was I surprised by what I found inside. I was very thrilled with this new twist in the zombie world. The idea for this book is brilliant to say the least. The world building is so amazingly awesome. I just don’t have the words to describe this book for zombie lovers like me.

There is a new drug in town and it is known as zrug. Zrug is killing people left and right. Charlie is trying find out who is making this drug and how they are doing it.

Charlie has lots and lots of action with twists after twists. Once I picked it up there was no way I could put it down. I had to keep reading until the end. I can’t wait to read more of Charlie the zombie slayer and fighting zombies. I wish I could tell you more about this book but if I did I would spoil all the fun so I suggest that you one click yourself a copy today and start hunting some zombies.

Kindle Customer
2.0 out of 5 stars That's a nope
Reviewed in the United States on March 4, 2020
I made it to 25% before calling it off. Points for the small (very small) amount of humor and the tribute to Buffy. But, otherwise no. Zleader? Zlayer? Zrug? All no. One scene a guy is supposed to be squinting to look closer at her but the way it's written it's actually him scrunching his eyes closed. The dialogue between a teen and drug dealers, sorry, zrug dealers was not logical. Or funny. I read all the reviews, and everyone mentioned how funny it was. Maybe I missed the humor? I don't know. I lean more towards dry British comedies, but this didn't even come off as slapstick or even just over the top humor. Maybe I'm a Vulcan. Eh. I'm glad others enjoyed it.
Read more
Helpful
Comment Report abuse
See all reviews from the United States