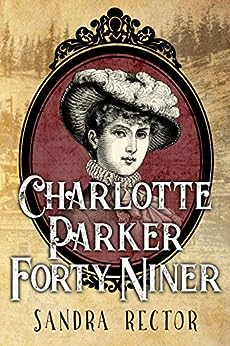 5.0 out of 5 starsStrike gold with this fun read!
By Vincenza on December 11, 2012
Format: Kindle Edition Verified Purchase
What a fun read - full of strong characters to love or to hate, greatstorytelling, set against an intriguing historical backdrop. This story is a great one to cozy up with on a snowy afternoon (or during a snowyweek!), or at the beach. The book follows the plucky Charlotte Perkins, an upper class and fairly proper East Coast lady who married well andlived a comfortable life. When her fortunes change, Charlotte mustdepend on her own wits and a bit of pluck to survive in worlds withwhich she had heretofore been unfamiliar. Charlotte is a smart woman,who cleverly finds ways to escape--not only the dangerous places (aninsane asylum for one)in which she finds herself, but also the limitingmores of her time. This books has it all: good guys, bad guys,mystery, the ways of the wealthy and the plight of the poor. not tomention a bit of romance, adventure and mystery. Although it movesquickly, the reader is well satisfied with richly drawn details thatallow full immersion into Charlotte's world. Many thanks for anotherterrific character, and a fun trip into American history! Loved it!

Sandra Rector is the author of five books, Running Away to Santa Fe, Charlotte Parker - Forty Niner, Evaleen From Rags to Riches, Crazy Little Liar, and Chez Tulips - Stories and Recipes. In a long and prolific freelance writing career, she has sold articles, essays, poetry, short stories and editorials to such places as The Washington Post, Cooking Light and East West, to name just a few. She has also written weekly columns on cooking, business and local authors for The Santa Fe New Mexican. She occasionally blogs self help tips at: (sand1.wordpress.com).

Vincenza
5.0 out of 5 stars Strike gold with this fun read!
Reviewed in the United States on December 11, 2012
Verified Purchase
What a fun read - full of strong characters to love or to hate, great storytelling, set against an intriguing historical backdrop. This story is a great one to cozy up with on a snowy afternoon (or during a snowy week!), or at the beach. The book follows the plucky Charlotte Perkins, an upper class and fairly proper East Coast lady who married well and lived a comfortable life. When her fortunes change, Charlotte must depend on her own wits and a bit of pluck to survive in worlds with which she had heretofore been unfamiliar. Charlotte is a smart woman, who cleverly finds ways to escape--not only the dangerous places (an insane asylum for one)in which she finds herself, but also the limiting mores of her time. This books has it all: good guys, bad guys, mystery, the ways of the wealthy and the plight of the poor. not to mention a bit of romance, adventure and mystery. Although it moves quickly, the reader is well satisfied with richly drawn details that allow full immersion into Charlotte's world. Many thanks for another terrific character, and a fun trip into American history! Loved it!
Read more
One person found this helpful
Helpful
Report abuse

Kindle Customer
2.0 out of 5 stars Ok Read
Reviewed in the United States on December 3, 2012
Verified Purchase
I thought this book was just ok. The author just didnt seem to know where she wanted to go with the direction of the novel. I also found the plot just a tad bit unbelievable. I was rooting for Charlotte at times and there were other times that left me scratching my head in confusion. She could have left the part with the stalker completely out of the novel- it had nothing to do with the plot and further annoyed me because the author made the guy seem like The Terminator. And getting tossed in the insane aslyum because of a husband's secret porn collection? You have got to be kidding me- I know women were severly oppressed during this time but seriously? It was little things like that (and Charlotte's tottering independence) that made me not like the novel.
Read more
One person found this helpful
Helpful
Report abuse

Observantszchlub
5.0 out of 5 stars Another historical winner by Rector!
Reviewed in the United States on November 19, 2012
Verified Purchase
Another richly detailed historical adventure by Sandra Rector. Much like the heroine of "Evaleen the Queen", Charlotte Perkins battles upward against the harsh climate of her times, aided by Rector's empathetic portrayal, expert pacing and colorful details. Would love to see this on the big screen!
Read more
2 people found this helpful
Helpful
Report abuse

continuityerror
5.0 out of 5 stars Very much a beach read
Reviewed in the United States on July 7, 2021
Set in the gold rush days of California, Forty-Niner is the story of Charlotte Parker, a middle-aged woman who discovers her husband’s been living a secret life, but more devastatingly, that her father has likely been murdered. The plot involves schemes to keep Charlotte away from the gold mine she’s inherited, as the author presents an honest view of societal attitudes towards women at the time -- while not lapsing into sermons or drawing awkward parallels to any contemporary political issues. Some of the characters are broadly defined, and the ending is arguably trite, but it does feel appropriate for the audience and the book they’re probably looking to read. This isn’t serious literary fiction, but it moves quickly and the author convincingly conveys her reverence for the time period and the fiction of the era.
Read more
Helpful
Report abuse

Bobbi
5.0 out of 5 stars A great adventure story
Reviewed in the United States on July 9, 2021
I thoroughly enjoyed this book. It is historical fiction, adventure, and romance all rolled in to one. Charlotte throws off the norms of society and becomes Boston when she needs to do so, dressing like a man and going on an adventure to the Wild West. Along the way, she meets a cast of colorful characters, some who help her and some who wish to cause her harm. She is motivated by her desire to avenge her father's death as well as her intense wish to be rid of her dirtbag husband, one who has been protected by the good-ole-boys long enough. The plot is engaging, the setting is well-developed, and I was whisked to a time when, in some places at least, men made their own laws and served their own justice.
Read more
Helpful
Report abuse

gloria piper
4.0 out of 5 stars A nugget of a read
Reviewed in the United States on January 18, 2013
Judging the book by its title, we might expect a humorous novel, in which a woman searches for a rich husband. Or we might read of a woman prospector. The cover tells us it's set in the Old West, and it looks like a serious tale.

The tale: In 1850, Charlotte Perkins Adams escapes from a Boston insane asylum and travels to California to avenge her father's murder and to claim the gold mine she has inherited.

We're hooked. And we stay hooked. The story is well plotted and clearly written, which makes for a fast read. Charlotte's trouble begins early, along with questions that will carry us through the novel. We keep reading to find answers to the mysteries that dangle before us.

Evidently Rector knows her history. She writes convincingly of the era with its nuances as if she's lived it. Her sense of atmosphere and the details that suggest vigorous research hold the reader's interest. For example, we learn the tricks of a card sharp and the equipment needed for a black powder gun. We gain an understanding of major and minor characters from their descriptions and backgrounds. These people are realistic, refreshingly written about by getting away from stereotypes, such as everyone hating Indians or Jews. Back story comes at appropriate times. Incidents along the way illustrate the personality of the era, so it becomes a character in the novel.

It doesn't take us long to know Charlotte and to like her. She is strong and sympathetic, a caring person, but not perfect. Her breaking from revenge and building up to resuming it shows the author's insight, a revelation of the human spirit we seldom see in other novels. Yet we experience it in ourselves. And so the main characters evolve from weakness to strength, from fear to understanding, and from isolation to trust and love.

The story is so finely detailed, including love scenes, that one of Charlotte's problems is glaring by its omission. During her journey to California, she disguises herself as a man in a crowd of men. She obsesses over the fear of discovery, yet not once does she consider what women used to call the monthly curse. Also we need some reason to understand why her comfortable women's shoes don't give her away.

The first chapters are cleanly written, but into the novel, the typos appear, and eventually some bloopers show up. It's true that we are solidly in the head of the protagonist, experiencing all she senses. It's true that description is rich but not overdone. It's also true that reminders of Charlotte's aim and her concerns keep us in the story, and we continue to be fascinated. Nevertheless as her mind chatter continues and increases, some readers might consider it overdone. Deeper into the novel when two potential lovers are brought together, the mood slightly loses consistency when it takes on the element of a romance novel by shifting point of view and by describing the man as resembling a Greek god. Charlotte, we learned earlier, is built like a goddess.

The last chapter is strong. It builds to an exciting climax and a satisfying ending.

This book is such a pleasure to read, one risks being kept up past midnight.
Read more
One person found this helpful
Helpful
Report abuse
See all reviews
Back to top
Get to Know Us
Make Money with Us
Amazon Payment Products
Let Us Help You
EnglishChoose a language for shopping. United StatesChoose a country/region for shopping.
© 1996-2021, Amazon.com, Inc. or its affiliates