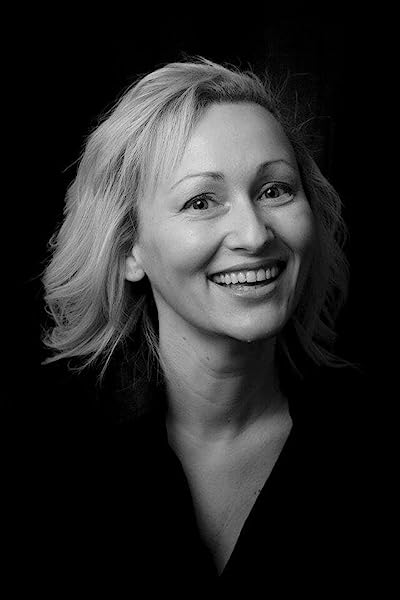 by Sarah Pinborough (Author)
4.4 out of 5 stars 91 ratings
Book 2 of 3: Tales from the Kingdoms
See all formats and editions
Sorry, there was a problem loading this page. Try again.

The classic Cinderella story is given a sexy contemporary makeover in this wicked fairy tale featuring all the heroes and villains that we know and love: the handsome prince, the fairy godmother, the wretched sisters, and the beautiful girl.
Read more
Previous page
Next page

"Chalk" by Bill Thomson for $7.99
Three children discover a magical bag of chalk on a rainy day. | Learn more

"If you're looking for something dark and thrilling to read, please read Sarah Pinborough'sCharm, because it offers you style, originality and good prose in a beautiful package." - Rising Shadow

Sarah Pinborough is a critically acclaimed fantasy, thriller and YA author. Her short stories have appeared in several anthologies and she has a horror film Cracked currently in development and another original screenplay under option. She has recently branched out into television writing and has written forNew Tricks on BBC and has an original series in development with World Productions and ITV Global.

Sarah Pinborough is a New York Times bestselling and Sunday Times Number one and Internationally bestselling author who is published in over 25 territories worldwide. Having published more than 25 novels across various genres, her recent books include Behind Her Eyes which will air on Netflix in January 2021, Cross Her Heart, in development for UK television, and 13 Minutes in development with Netflix.

Her latest novel, DEAD TO HER and is a dark and twisty, sexy tale of hidden secrets and revenge in high society Savannah and has been sold for TV in the US.

Sarah lives in the historic town of Stony Stratford, the home of the Cock and Bull story, with her dog Ted.

Neika
3.0 out of 5 stars Quick Read
Reviewed in the United States 🇺🇸 on August 21, 2022
Verified Purchase
Okay book 2 I'm digging it. Literally I enjoyed this story I'm also enjoying how all the characters are "linked" with/to one another. And how the author Literally cross reference other childhood characters. I look forward to reading the 3rd book to this series. Overall a quick and easy read.
Read more
Helpful
Report abuse

Tomasthanes
4.0 out of 5 stars You can't always get what you want
Reviewed in the United States 🇺🇸 on August 28, 2018
Verified Purchase
This is the second book in the "Tales from the Kingdom" series by Sarah Pinborough and its not so much that you need to read them in order to understand them as much as the author pleasantly has characters that overlap novels. For example, Lilith (from the first book) appears in this novel as does the Huntsman (in two different roles).

I found that this was a creative retelling of the original fairy tale but the author overlaps other fairy tales in a creative way that reminds me a bit of the TV show "Once Upon a Time".

I liked one of the major morals of the novel: sometimes you think you want something and when you get it you're sorry.

Of the two things that spoiled the first novel, only one of them persisted into the second: there seems to be gratuitous sex that adds nothing to the plot (this isn't your Grandma's version of the fairy tale). At least there wasn't any jarring contemporary profanity in this novel.

I'd wished there was a bit more information about the Troll Road. They were dropped through the trap door and then... nothing.
Read more
One person found this helpful
Helpful
Report abuse

B. Gibson
4.0 out of 5 stars Twisted take in Cinderella
Reviewed in the United States 🇺🇸 on January 5, 2021
Verified Purchase
Interesting take on the classic tale of Cinderella. A good follow-up to Poison. If you like a more adult take on childhood fantasy stories this series is for you.
Read more
Helpful
Report abuse

Hawthorn
3.0 out of 5 stars Quick read, smutty palate cleanser.
Reviewed in the United States 🇺🇸 on February 19, 2021
Verified Purchase
So in between re-reading Wheel of Time and starting The Mistborn Trilogy, I needed something short. Impulse bought the first book in the series and was like "what the heck" and got the other two, since they take about an hour or two to read. Not exactly a highly cerebral read, and there's just random sex (mostly hetero, sadly,) peppered throughout. Don't regret getting it, but probably not gonna be read again.
Read more
Helpful
Report abuse

West Cambridge Lady
5.0 out of 5 stars An addictive trilogy
Reviewed in the United States 🇺🇸 on May 3, 2021
Verified Purchase
All three books in this series create one whole story and reading them is a delight. I will read anything by this author because her view of the world is unique, insightful and I simply can’t stop reading until the end.
Read more
Helpful
Report abuse

Linda G. Moss
5.0 out of 5 stars new twist on old tales
Reviewed in the United States 🇺🇸 on March 31, 2021
Verified Purchase
I like how she takes elements from different fairy tales and link them all together
Read more
Helpful
Report abuse

Lisa A. Williams
3.0 out of 5 stars Cinderella the selfish
Reviewed in the United States 🇺🇸 on April 24, 2017
Verified Purchase
This was better than the first one however, Cinderella was hardly tolerable. This book was better for the fact that it had a great ending. Although Snow White and the Evil Queen lovers? I don't know about that. If I could this book would have gotten 3 1/2 stars. Looking to the third one. I'm just glad I got all of these for 99 cents
Read more
2 people found this helpful
Helpful
Report abuse

L.A. Ince
5.0 out of 5 stars Fun and enchanting
Reviewed in the United States 🇺🇸 on September 12, 2018
Verified Purchase
I was impressed with this book and loved how the author blended our favorite fairy tales. I also liked that it answered some questions I had from the 1st book in this series.
Read more
Helpful
Report abuse
See all reviews

B. Marks
5.0 out of 5 stars Excellent read!
Reviewed in the United Kingdom 🇬🇧 on February 6, 2019
Verified Purchase
Great story, easy to read and a lovely little twist on our classic fairy tales. Probably my favourite out of the three, but a close call !!!! Would love to see more
Read more
One person found this helpful
Report abuse