You've subscribed to Q.C. Davis Mystery! We will preorder your items within 24 hours of when they become available. When new books are released, we'll charge your default payment method for the lowest price available during the pre-order period.
Update your device or payment method, cancel individual pre-orders or your subscription at
Your Memberships & Subscriptions
There was an error. We were unable to process your subscription due to an error. Please refresh and try again. 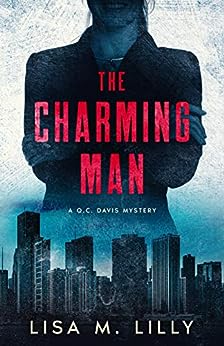 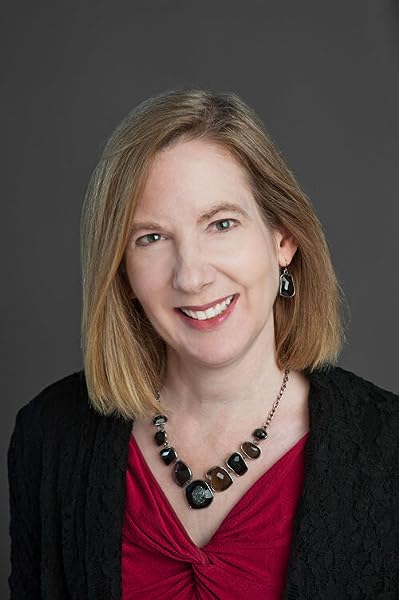 Audible Holiday Deal
Save 46% on your first 4 months. Get this deal
Books In This Series (5 Books)
Complete Series
Q.C. Davis Mystery
Kindle Edition
Page 1 of 1Start OverPage 1 of 1
Previous page
Next page

"A cleverly plotted psychological thriller. A FINALIST and highly recommended."

"Who is thekiller? Why is the girl missing? The clock is ticking!!! This book kept me upall night. Loved it."

"This is sucha gripping novel. I loved the intelligence of the hero, and I loved theclaustrophic 'apartment block in a blizzard' setting. Excellent read."

"Quille, theprotagonist, is strong-willed, emotionally scarred, and wonderful to root for."

In her Q.C. Davis Mystery series, lawyer and former child stage actress Quille C. Davis, haunted by an unsolved crime in her family's past, investigates murders where police come up short. But are some truths too dangerous to uncover?

Lilly also is the author of the bestselling four-book Awakening supernatural thriller series, which has been downloaded over 85,000 times. That series includes The Awakening, The Unbelievers, The Conflagration, and The Illumination.

Lilly's other work includes When Darkness Falls, a standalone supernatural suspense novel, and the short story collection The Tower Formerly Known as Sears and Two Other Tales of Urban Horror, the title story of which was made into the short film Willis Tower. Her fiction and poems have appeared in numerous publications.

The author lives and works in Chicago. She is currently working on the next Q.C. Davis mystery. She also hosts the podcast Buffy and the Art of Story.

To find out more, visit LisaLilly.com.

Rosy Reader
5.0 out of 5 stars Beyond the Blizzard
Reviewed in the United States on December 29, 2018
Verified Purchase
This is the second book in a series. While it could stand alone, I highly recommend reading "The Worried Man", if you haven't already done so.

Parental note: There is some violence as well as mild adult language and subtle adult-themed situations. I recommend a parent read first and determine appropriateness for young adults age 13 and above.

Quille, a lawyer, has an unusual background that her close friend thinks might help in locating a missing young woman. The major blizzard outside hinders their investigation and law enforcement is tied up with multiple calls. This leaves few options and time is a consideration when the possibility exists the young woman could be anywhere including outside.

I really enjoyed how Ms. Lilly interwove the various settings, laid out the clues, and ramped up the action. It became more and more difficult to put down the book even when duty called.
Read more
One person found this helpful
Helpful
Report abuse

Atlas
5.0 out of 5 stars Best of her books, so far.
Reviewed in the United States on January 8, 2019
Verified Purchase
Like the murders and resolution which take place over the course of one day and night during a Chicago blizzard, I read this book in one day and night. It is engaging, smart and well paced. As a Chicagoan, I loved Lilly’s descriptions of the decrepit River City complex and the city when it shuts down during a blizzard. River City is the perfect setting for this novel. I can already picture the movie. I highly recommend The Charming Man.
Read more
One person found this helpful
Helpful
Report abuse

Terence
3.0 out of 5 stars It was ok
Reviewed in the United States on November 7, 2019
Verified Purchase
It was ok
Read more
Helpful
Report abuse

Jo
3.0 out of 5 stars Slow, methodically paced, light on thrills - 3 stars
Reviewed in the United States on January 5, 2021
I received a free copy of this novel in exchange for an honest review.

This is another one of those novels that's not really good or bad - it's very specific in the type of readers it's aiming for. If you want something high-action, high-thrills, this won't satisfy you. The book, especially the first half, is very slow, though I found I did move much more quickly through the second half.

I would describe reading this novel like figuring out a logic puzzle (one of those where three people live in three different-colored houses and have three different pets, and you have to figure out which person lives where), or completing a sudoku. Our main character, Quille, collects tiny pieces of information and slowly builds upon them with more interviews/interactions, putting the puzzle together piece by laborious piece. She revisits the same locations and characters many times to point out contradictions or add in new pieces of information to see what tumbles out. If that sounds boring or tedious to you, you won't enjoy this. If you like those sorts of headscratchers, though, this might be up your alley.

Slow plotting aside, I enjoyed Quille as a character. She's a lawyer, which is unusual for these sorts of mystery stories, but it really shines when she's interviewing each character in her slow, methodical way. You can follow her lines of thought very clearly, and I enjoyed seeing her reason everything out. She's tough, too, and stands her ground when challenged, which I also enjoyed.

I also liked that the story is constrained to a single apartment complex in the middle of the storm; the characters aren't able to escape, and you as the reader really feel their sense of being trapped with a potential murderer. It added a lot of suspense to what otherwise might have been a flat-feeling novel.

I personally enjoyed this book over all (definitely the second half more than the first), but again, I think any reader's enjoyment is going to be entirely dependent on whether they like slow-burn mysteries. If you do, give this one a shot.
Read more
One person found this helpful
Helpful
Report abuse

Doug Williamson
4.0 out of 5 stars Trapped in more ways than one
Reviewed in the United States on April 23, 2021
Our heroine is called in to help find a missing girl in the middle of a high rise apartment complex during a blizzard. No help is coming this time.

This is book two of the series but it is written as a standalone. No prior reading is required to enjoy this book.

This is a detective mystery of the kind that lets you follow along and try to solve it yourself. The story is well written and easy to read with a very methodical approach to the mystery. The characters are well done and I rather enjoyed our heroine and her very deliberate approach. The story started a bit slow and then picked up its pace as it went along, making it more and more difficult to put down the further you read. Overall, it was a very enjoyable story and I look forward to exploring more by this author.

Kayak Jay
4.0 out of 5 stars Story Plods Along
Reviewed in the United States on November 30, 2020
It turned out to be a reasonable whodunnit, but lots of dialogue took place along the way. The characters were consistent and interesting. The style of writing was clear, but the action always seemed to take place off stage. The majority of the book takes place in a Chicago high rise complex during a raging blizzard. A call to assist in the search for a missing young woman starts the effort, which involves three murders along the way. I definitely had no idea of the culprit or his motivation. The story ended well, but I had no strong desire to read the next book in this series. I received a copy of this book through Hidden Gems. I don't think it lived up to its back cover description, but I managed to sustain interest to the end.
Read more
Helpful
Report abuse

Tam Sesto
3.0 out of 5 stars An average who-dun-it.
Reviewed in the United States on December 2, 2020
I initially like the way the author wrote the book showing each step of the investigation via the date and time. But as time went on, the book moved slower and slower to me. There were a lot of characters to follow, and I did get confused on and off which took away from my enjoyment of the book. I did like the premise of having everyone snowed in due to a blizzard; genius plot idea. The solution to the mystery was ok. For me, the book was an average read.

Thank you to Lisa M. Lilly, Spiny Woman LLC, and HiddenGemsBooks for the opportunity to read and review this ⭐️⭐️⭐️ book.
Read more
Helpful
Report abuse
See all reviews