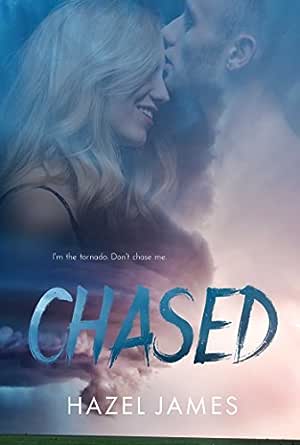 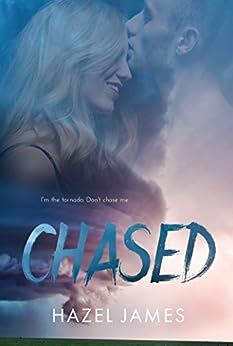 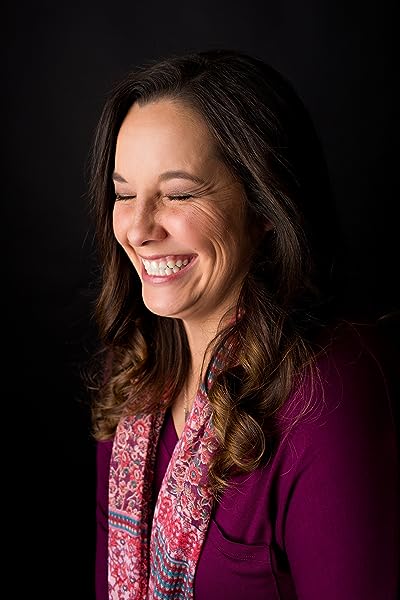 "I LOVED this book. The characters are richly layered and deeply compelling. All of the characters were great but I simply fell in love wth DH. Just head over heels in love with this broken man. He was so complex and deep and fun, so much fun!" AnnMarie, Alphas Do It Better Book Blog

"A story that was hilarious - packed with irresistible flirty banter and loaded with sexual tension, and also also incredibly emotional - some of the stronger emotional punches hit me unexpectedly and the tears flowed freely. Chased is almost equal parts light and heavy - a perfect blend that sometimes left me breathless and always kept me hungry for more." Shelly, Bookgasms Book Blog
"If you're looking for a read that will help you escape your everyday life, yet with personalities that could be your neighbors down the road, Chased is an absolute must read. Their romance was raw and beautiful and left an indelible mark on my heart." Candy, Prisoners of Print

Hazel lives in Tampa Bay, Florida. She's a proud Army veteran, and her greatest loves include her family, lip gloss, Diet Coke, and the beach. For a list of events, go to authorhazeljames.com.
Instagram and Twitter:@realhazeljames
Facebook: facebook.com/realhazeljames

4.8 out of 5 stars
4.8 out of 5
117 customer ratings
How does Amazon calculate star ratings?
Amazon calculates a product’s star ratings based on a machine learned model instead of a raw data average. The model takes into account factors including the age of a rating, whether the ratings are from verified purchasers, and factors that establish reviewer trustworthiness.
Top Reviews

Old Dave's Romance Revue
5.0 out of 5 stars Powerful and compelling
Reviewed in the United States on January 26, 2017
Verified Purchase
Having recently graduated nursing school, Paige Landry was eager to spread her wings and experience a little of what life had to offer, leading her to a position in the Emergency Room in Moore, Oklahoma, a far cry from her home in Monroe, Louisiana, and the boyfriend she left behind. Leaving them to attempt the whole long distance thing, at least until he graduates.

In her new adopted home tornadoes and all that accompanies them are a way of life, but she's yet to be initiated.

Her first tornado brings with it her first tornado related patient, DH Rhoads. A drop-dead sexy storm chaser who's running from his past almost as fast as he's chasing the perfect picture of nature at it's fiercest.

What follows is a riveting tale that intertwines light and dark, beauty and ugliness, hope and despair.

Paige, in so many ways an innocent, though not naive, provides the perfect contrast for the tormented veteran struggling to find meaning in life. Their journey as twisted as the winds DH chases meanders around several different subplots and secondary characters giving the story a very lived in feel, as each of the main characters build, mend or sever their ties with those around them.

Dealing sensitively with such powerful and serious themes such as suicide, PTSD, and perhaps less heavy, but no less prickly ones like re-evaluating life goals and inter-office politics, Chased is a book with significant scope and yet laser like focus.Picking up on what's important and central to the story line and sticking with it.

This was my first read from Hazel James, and having finished it I'm now thinking that I'm going to have to find time to read her other novel too. If it's anywhere near as good as this one it'll be well worth it.
Read more
5 people found this helpful
Helpful
Comment Report abuse

Monica Colleen
5.0 out of 5 stars Breathtaking
Reviewed in the United States on October 22, 2018
Verified Purchase
Everything about this book is just so much amazing. The storyline is gripping and realistic and as a born-and-bred Okie she did us great Justice. The characters are amazing the journeys that they go through are gripping and you feel like you're there and you want to cry with them and laugh with them and hug them and tell them it's going to be okay. The love story that builds between the two is full of chemistry and passion and love and it is just amazing. I would definitely definitely recommend this and it's one that I would read again and not be tired of it. The hope that you give to veterans in need in your writing is it's just something I don't even know how to explain it it's just something. And how all of the characters intertwine and Link together and somehow make each other okay it's an amazing support system for the veterans and their stories. Thank you thank you for writing your stories and for being open about the real life situations and mental health and PTSD it's unheard of then welcome change and it makes the book that much better. And then you get to the sex scenes and you're like holy wow I need a cold shower. Stunning stunning work I cannot wait to read another book of yours
Read more
One person found this helpful
Helpful
Comment Report abuse

McKinnze
VINE VOICE
5.0 out of 5 stars Beautiful writing and Powerful Characters
Reviewed in the United States on September 24, 2018
Verified Purchase
"Paige is a bell I can’t un-ring, and I already know I’ll never be able to get the sound of her out of my head."

I am a little at a loss for words with this review. I'm just not sure I can say enough to describe just how beautiful of a writer Hazel James is. This was the first book I have read by her, and it definitely won't be my last. She writes the kind of words that speak to your soul. The kind of characters that you connect with on a level that makes you never want to leave their world.

Chased isn't all rainbows and butterflies. It isn't a romantic comedy or a lighthearted romance. This book is gritty and dark at times. It is honest and heartwrenching. But none of that changed the love I had for this novel. It just kept me wanting more. I needed to know what was going to happen next. I flew through the pages, crying, smiling and laughing the entire way through. It might not be a lighthearted book, but there was definitely a good amount of happiness sprinkled throughout the story.

This book was everything I needed from a romance novel. So don't hesitate to give it a chance. I can promise that you will love every second you spend with these characters. And I'm so happy that I have found a new favorite author!
Read more
One person found this helpful
Helpful
Comment Report abuse

Polly Barreto
5.0 out of 5 stars A Must Read!
Reviewed in the United States on July 14, 2018
Verified Purchase
This is the first book I have read by Hazel James and I absolutely loved it! She has garnered herself a new fan! As being a huge Wizard of Oz junkie, all the references to the movie and characters was a huge plus for me.

Chased is packed with all the feels and some tears. You get a bit of everything packed in 338 pages of goodness. Along with some spectacular characters and story line, there is love and loss, twists and turns, laughter and heartache, and drama and adventures. Ms. James also gives us a look into PTSD and does a fabulous job bring this topic to the forefront.

Loved how DH and Paige’s story ended….Whitney on the other hand…never saw that coming! One click this book story, you will be glad that you did!
Read more
2 people found this helpful
Helpful
Comment Report abuse

Sue O.
TOP 1000 REVIEWER
5.0 out of 5 stars Thrilling Ride
Reviewed in the United States on August 17, 2018
Verified Purchase
What started out as what i thought would just be an exciting, storm chaser book became so very much more. DH has been dealt so many crappy hands, that it is a wonder that he is here to tell the story. Because of his past, he keeps everyone at arms length and seeks out adrenaline enhancing ways to make himself feel. Love and a permanent relationship is the furthest thing from his mind. Paige seems to have it all together. She has a job she loves, a man who loves her and family and friends who are by her side when she needs it. What happens when this relatively quiet, non thrill seeing woman meets a man who can't seem to believe in his own worth? These two are fun together with the ability to get under each others skin. Is what they have enough? There is a lot of pain within the pages of this book as we deal with the stress of war, PTSD and the pain of a childhood that would have been enough to break an average person. Watching DH navigate all the feelings that come with his past, his present and future gave me so much hope!
Read more
One person found this helpful
Helpful
Comment Report abuse
See all reviews from the United States