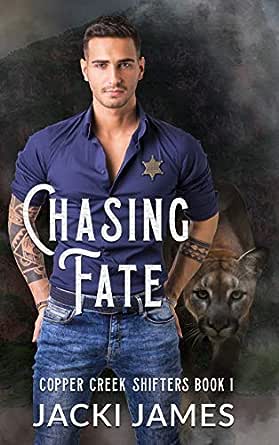 You've subscribed to Copper Creek Shifters! We will preorder your items within 24 hours of when they become available. When new books are released, we'll charge your default payment method for the lowest price available during the pre-order period.
Update your device or payment method, cancel individual pre-orders or your subscription at
Your Memberships & Subscriptions
There was an error. We were unable to process your subscription due to an error. Please refresh and try again. 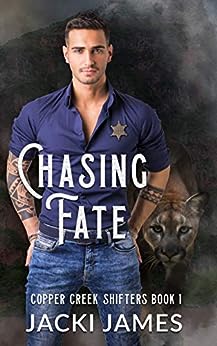 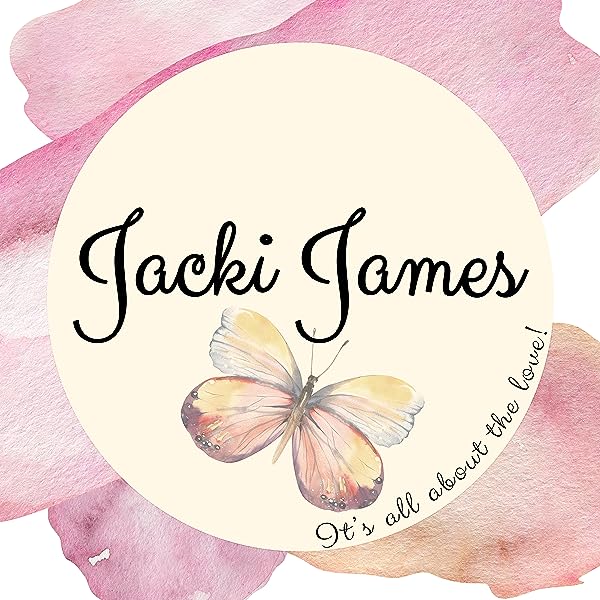 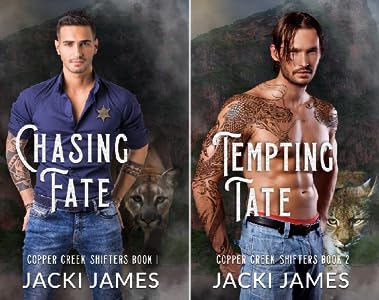 4.4 out of 5 stars
4.4 out of 5
109 global ratings
How are ratings calculated?
To calculate the overall star rating and percentage breakdown by star, we don’t use a simple average. Instead, our system considers things like how recent a review is and if the reviewer bought the item on Amazon. It also analyzes reviews to verify trustworthiness.

Kindle Customer
5.0 out of 5 stars Wow! What a read!
Reviewed in the United States on May 16, 2019
Verified Purchase
This was such a good story to read! The MC's and supporting characters were so likeable and supportive of each other that you couldn't help but care and worry for them all. Each of them overcoming their own hurt,rejection, and heartbreak from there old clans come together to form this unique family where who they are and who they choose to love doesn't matter. I really enjoyed Chase and Pax's story from start to finish this story was well told and kept you into it. I really enjoyed this start to the Copper Creek Shifters and can't wait for the next one.
Read more
Helpful
Comment Report abuse

JTorleif
4.0 out of 5 stars Enjoyable
Reviewed in the United States on May 28, 2019
Verified Purchase
For not knowing much of anything about shifters, Pax was pretty relaxed to find out that he was Chase's mate. It didn't lessen my enjoyment of the story, but it felt a bit too convenient.

Other than that, I liked the characters that we've met in Copper Creek and the world is interesting. I will be curious to see where this story takes them all as the series continues.
Read more
Helpful
Comment Report abuse

Kim Sinclair
4.0 out of 5 stars Lions and wolves and bears
Reviewed in the United States on May 3, 2019
Verified Purchase
Oh my. This was a good book. I liked how there was the introduction of Chase and how he came to be at Copper Creek. This story is fast paced from the beginning. Definitely will read more of this author.
Read more
Helpful
Comment Report abuse

Barbara L.
5.0 out of 5 stars Wow!
Reviewed in the United States on March 16, 2019
Verified Purchase
That was one good book! They were fated Mates since the beginning. But I didn’t like his father. Or his mother. Terrible people that shouldn’t of simply let him go. But all is well now. I can’t wait for the next book.
Read more
Helpful
Comment Report abuse

Samantha Wiley
5.0 out of 5 stars A great start to a new series
Reviewed in the United States on March 17, 2019
Verified Purchase
Well written story with engaging characters. The story moves along nicely, there is a bit of drama, a bit of laughter and fun.
Read more
Helpful
Comment Report abuse

R Keebler
4.0 out of 5 stars Fated mates
Reviewed in the United States on July 13, 2019
Verified Purchase
I loved Chase and Pax. Fated mates is a favorite trope. Great characters. Hope to see a lot more of them.
Read more
Helpful
Comment Report abuse

I was lucky enough to get an ARC of this book.

This is the first book in the new Copper Creek Shifters series.

This was a cute short story about a mountain lion shifter that finds his fated mate and chosen family. I really liked the intro to this new series. I felt connected to the town and it's people. I can see lots of potential for fellow clan members to have stories too.

What I felt was missing was more book- it needed a few more chapters. I wanted some more story about the clan and who wanted to join. Maybe that will come in book 2. I also notified the author of some editing errors.

Overall, this was a quick read that satisfied my need for NON-MPREG shifters.
Read more
3 people found this helpful
Helpful
Comment Report abuse

Diane
5.0 out of 5 stars Awesome start to a cool new shifter series.
Reviewed in the United States on March 16, 2019
I really enjoyed this one. Paxton is human and has just broken up with his live in boyfriend as well as co-owner of a restaurant. After selling off his half of everything, he purchases a bakery in a little nowhere town that he is drawn to for some unknown reason. When he gets to town, he meets the hunky sheriff Chase who is a mountain lion shifter and all Alpha. Paxton can tell right off that he is that Alpha of this little town of shifters, even though Chase refuses to step up and be what they need. Anyway, Paxton and Chase hit it off as only fated mates do. Both find out what it means to be fated mates as a human and shifter pairing from different sources and I liked that we find out that information from more then one place. I also like that Chases mountain lion is kind of an entity of his own with his own name. As Chase and Paxton are working on the attraction to each other, Chase finally decides to step up and be the alpha of the mix of shifters in the town he loves, there is trouble brewing on the horizon. A wolf shifter biker gang has decided they want the town for their own and their Alpha is going to be Alpha of the town and he wants Paxton. My only issue with the book is that after the big battle, both Paxton and Chase are wounded. Paxton has a bleeding head wound and Chase has a torn up bloody shoulder wound, I would have liked to have seen them clean and care for each other’s wounds. But we get Chase throwing Paxton over his shoulder and off to bed we go for some hot post battle sex. I enjoyed the secondary characters and can’t wait to read their stories. Plus there is a bad guy/guys looming in the background that I want to find out what they are up to and why.
Read more
One person found this helpful
Helpful
Comment Report abuse
See all reviews

Mrs jsm
5.0 out of 5 stars Great new Shifter series
Reviewed in the United Kingdom on March 20, 2019
Verified Purchase
If you love shifter and M/M then this is a treat for you. This is definitely the start of a new series as there are great supporting characters and an on going plot. However the mcs are the focus and their growing relationship and personal struggles are the basis for the book. Loved the boys, a sexy, fun read. Definite one click this 👍🏻
Read more
One person found this helpful
Report abuse

Liash
2.0 out of 5 stars 2.5 stars - lacking worldbuilding, character development and adequate storyline closure
Reviewed in Australia on July 17, 2019
Verified Purchase
I've read other books by this author and enjoyed them, but sadly this one didn't do it for me. The worldbuilding was incomplete, and the character development rushed. What could have been an amazing book where shifter and human world's collide ended up stilted and awkward. For a human who had supposedly never been around shifters before, Paxton accepted having a shifter mate very easily and, in fact, enthusiastically. I didn't see the connection, and the conversations between Paxton and Chase was rushed and awkward at times. It seemed more about sex than getting to know each other, and Paxton had remarkably few questions about the shifter world.

The storyline also had potential, but fell short and was rushed. The bad guys were easily overcome after being a supposed threat for most of the book, and Chase's father, who he hasn't seen in over 5 years, suddenly appears and not only accepts everything he hated before (Chase being gay for one) but also then says that he did it for Chase's own good and that he had to do this in order for Chase to be respected ad Alpha, that if he'd just inherited the title from his father he would never have been respected. Cue eye-roll please! This was such a disappointing and convenient close out to that plot point. Also very convenient that his father and 2 other Alphas stood by and watched Chase take on the bad guys, appearing once it was all resolved to say job well done and now we can see you know how to protect your pack.

I wanted to like it, I really did as I love a good shifter book and struggle to find any MM ones with substance. Sadly this one fell into that bucket and I think this author should stick to her contemporary works.
Read more
Report abuse

kragthang
3.0 out of 5 stars It was okay...
Reviewed in Germany on April 14, 2019
Verified Purchase
Chasing Fate wasn't bad, but wasn't super awesome either. I liked the idea behind it, but found the execution lacking. Have to admit that I didn't really care for anyone besides Pax. He was the strongest character from everyone introduced in this book.
The thing I didn't get at all was the drama between Chase and his father. Was there anything at all? The way they behaved around each other in the end made the falling out a few years back (mentioned several times) rather unbelievable.
And the showdown with the 'villain' was underwhelming to say the least. If not for the sexy times in between this could have been a children's book, with the low tension it was emitting.

Overall the editing could have been better. Compared to the rest of the book the last 20% felt rushed and resulted in an abrupt ending.
Read more
Report abuse

Amazon Customer
5.0 out of 5 stars Very good
Reviewed in Canada on October 20, 2020
Verified Purchase
I loved insta love stories and fated mate stories and this one was amazing. Some mystery mixed in with the romance and interesting characters that will lead to future stories. Loved it! 5 stars
Read more
Report abuse
See all reviews