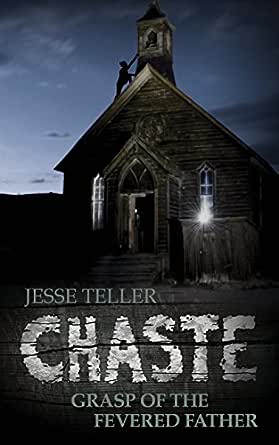 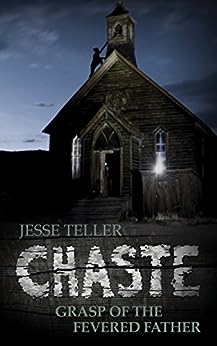 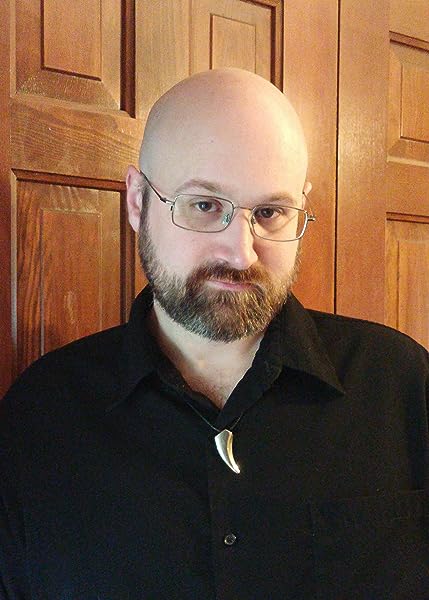 "Jesse Teller is a new voice in Grimdark fantasy, and if you like your books dark and bloody as hell, then he might as well be your new favorite author." -Peter Tr, booknest.eu


"Jesse Teller is a very strong author who boldly builds the world he has created with strong themes and no apologies." -Tome Tender Book Blog

My books explore topics that interest me and, in many ways, study things I feel need to be discussed: the way we raise our children, the way we treat our significant others, honor and our need for it, the battle between those in power and those without, and the constant struggle between our inner angels and demons.

Jesse Teller fell in love with fantasy when he was five years old and played his first game of Dungeons & Dragons. The game gave him the ability to create stories and characters from a young age. He started consuming fantasy in every form and, by nine, was obsessed with the genre. As a young adult, he knew he wanted to make his life about fantasy. From exploring the relationship between man and woman, to studying the qualities of a leader or a tyrant, Jesse Teller uses his stories and settings to study real-world themes and issues. --This text refers to the paperback edition.
Read more

4.4 out of 5 stars
4.4 out of 5
10 customer ratings
How does Amazon calculate star ratings?
Amazon calculates a product’s star ratings based on a machine learned model instead of a raw data average. The model takes into account factors including the age of a rating, whether the ratings are from verified purchasers, and factors that establish reviewer trustworthiness.
Top reviews

Jason M. Hubbard
4.0 out of 5 stars When Gods Collide
Reviewed in the United States on November 14, 2016
Verified Purchase
"Chaste" is a little like Stephen King's "Needful Things," in which a demonic man moves into a town and uses his influence to spoil a few good souls and turn the entire community into a mob. The similarities end there, as this is purely a fantasy book about gods warring through their avatars in the small city of Chaste.
The story relies on a few fantasy cliches (a female thief who uses poison, a swordsman so skilled he can cut down almost an entire mob, and of course, magic powers), but at its core, the story is meant to show how terrible and easy it is for someone to turn a religion that is originally peaceful into an instrument for hatred and destruction. All it takes is charisma and the right words.
Like the first Perilisc book, the story eases you into the lore of this fantasy world fairly well, but it is less successful at it. I'm still scratching my head over some apparition with dark armor (who is he, and why doesn't one of the main characters freak out when she sees him?), and there's a guy named Simon the Bard who steps in, says "Stuff is about to hit the fan!" and then just disappears without a second thought.
In conclusion, this book may please fantasy fans who wished that a typical "Song of Ice and Fire" book had more sex and graphic violence, and that they didn't have to wade through two hundred pages or so to get to the good stuff.
Read more
Helpful
Comment Report abuse

Traci
5.0 out of 5 stars It is worth it to read this
Reviewed in the United States on May 30, 2017
Verified Purchase
This is my favorite story ever told. Chaste. A town full of people putting their heads down and trying just to survive. A band of travelers that come across this isolated town at the wrong time and help to save it from the dark god that is feeding on its soul. And I will tell you, though I have a soft spot in my heart for Sob, it is Cheryl’s story that brings me back to it again and again. It is her journey that inspires me.

This book is dark, possibly darker than any other book you have ever chosen to pick up and read. Darkness oozes from the pages as horrible deeds are done, as destruction is wreaked on a little town and the people in it, and as lives are devastated. There are people who have seen and done horrible things but aren’t horrible people. Victims of circumstance, if you will. If you give this book a shot, you will be asked to read those dark things, dark deeds. The lines of good and evil tend to blur and it takes walking through the darkest of dark times to come through and see hope and light. But make no mistake about it, there is hope. There is light. There is good in this book if you look for it. I won’t tell you that you won’t be a bit traumatized by some of the things you are asked to bear witness to in this book. If you have a heart and any empathy at all, you might be. However, I will tell you it is worth it.
Read more
Helpful
Comment Report abuse

David Beckwitt
5.0 out of 5 stars Captivating story!
Reviewed in the United States on April 26, 2018
Verified Purchase
An amazing book. A very captivating story that leads to a desire to read more from the author!
Read more
Helpful
Comment Report abuse

MK French
3.0 out of 5 stars and her efforts to keep its corruption from spoiling the innocent are feeble at best. Five strangers enter the town
Reviewed in the United States on April 10, 2017
Review first posted at Girl Who Reads. A free copy was given in exchange for an honest review.

Chaste is a small town known for its ties to the god Cor-lyn-ber, but gradually its peaceful nature had been corrupted. Children go missing and are found dead, and a sinister presence seems to have infected the town. Cheryl's parents had once been its defenders, but after their deaths, she turned her back on her god and submitted to the abuses heaped upon her. The priest and all those in power in the town are corrupted, and her efforts to keep its corruption from spoiling the innocent are feeble at best. Five strangers enter the town, intending to keep going but are soon drawn into the corruption and evil.

Those who play Dungeons and Dragons, Pathfinder, or similar games set in high fantasy sword-and-sorcery settings will instantly feel at home with this book, as long as they are comfortable with the darker potential of it. There are graphic descriptions of violence, torture, and fights, as well as rape, murder, and psychological tortures. While Cor-lyn-ber might be the god of hope and light in this series of novels (this particular book is the third in the Perilisc series), the priest is actually a corrupted minion of Hac-Jahoo. He plans to bring demons into the world using the bodies of the children, which are defiled in ways not actually described but disgust the characters comfortable with rape, murder, and torture. The stories of all the characters are eventually revealed, and all of them are tortured in some way.

This is not a book of happiness or light, and the darkness can be very disconcerting at times. Characters are changed by the end of it, not always for the better, but in ways that make sense for this world. For those who enjoy dark fantasy tropes, this book will definitely meet expectations.
Read more
Helpful
Comment Report abuse

j
4.0 out of 5 stars Loved it!
Reviewed in the United States on November 8, 2016
Okay, I’m super excited about this one so I’m going to try to do this without giving everything away.

What Jesse Teller has crafted here is an absolute masterpiece from start to finish. First off, I enjoyed Teller’s way of doing the “before and after” aspect of the story. I’m a fan of anything non-cookie cutter. For instance, in the beginning, you’ll read about the goings on in the aftermath. It took me a few moments to follow the story there, but once I got it, I was in and reeling.

And I do mean reeling.

Cheryl kicked the heart right out of my chest when I first met her. This woman is going through hell, to say the least. Yet, despite it all, she’s a fighter. As you read her story, you see that clearly and admire her as much as I did.

I won’t say that I enjoyed reading her story. In fact, it tore me apart to read some pieces of it, but her strength left me in awe and inspired.

Additionally, the dialogue, I feel, is in a class all its own. I could almost hear the characters the way spoke in the manner that Teller wrote them; see the scenery in the graphic, descriptive manner illustrated by him.

If you love fantasy, I would definitely recommend “Chaste” to you.
Even if you’re like me and you haven’t read very much fantasy in your lifetime, I’d say take a chance on Jesse Teller. You won’t regret it. He'll make you love it.
Read more
Helpful
Comment Report abuse
See all reviews from the United States