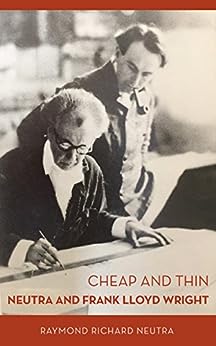 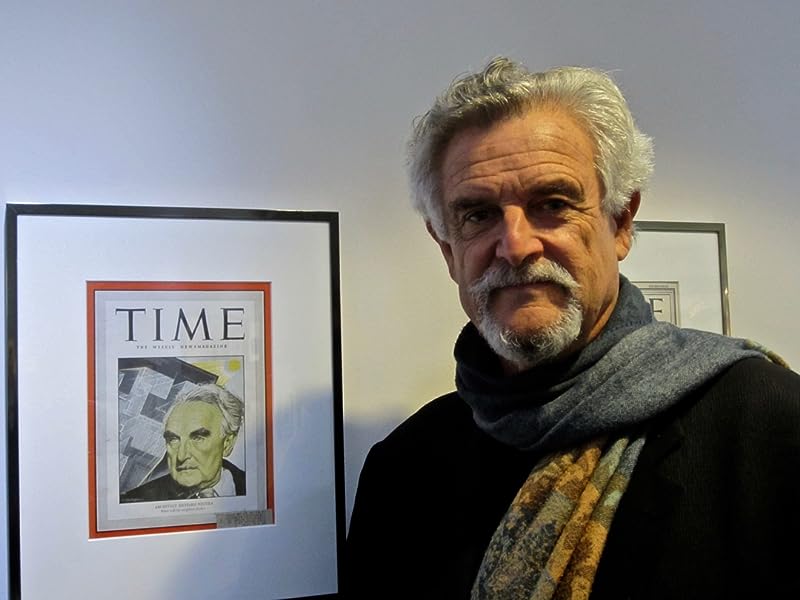 by Raymond Richard Neutra (Author) Format: Kindle Edition
See all formats and editions
Sorry, there was a problem loading this page. Try again.
What is the psychological process whereby one person inspires and influences another?

In this richly illustrated book, Dr. Raymond Richard Neutra traces the forty-year relationship between his parents and the great architect Frank Lloyd Wright. The author's father, the pioneer modern architect Richard Neutra, immigrated to the United States in the early 1920's with the dual motivation of working for his idol Frank Lloyd Wright and for exploring the American industrial potential for economical and light weight housing, schools, medical facilities and other "architecture of social concern."

He brought his young wife with him to work for Wright in the last part of 1924 and they maintained a correspondence with Wright over the next forty years until the great man's death. Within nine years of his arrival in the United States Richard Neutra's writings on American building practices and technology and his 1927-29 steel framed "Lovell Health House" and plan for a prefabricated Ring Plan School won him a place in the 1932 MOMA "International Style" exhibition at the Museum of Modern Art. Wright's early cordiality changed to vitriol when he characterized those projects as "Cheap and Thin." Although meant as an insult, the characterization revealed a recognition of the different direction that Richard Neutra's goals had given to the basic strategies that Wright had developed twenty years earlier: Neutra wanted to develop an economic and light way to deploy technology and nature for a happy and healthy life.

Cheap and Thin quotes from the many letters exchanged between Wright and the Neutra's and recounts family memories of visits between them. It then explores the substantial influence of Wright on Neutra and how Neutra adapted, adopted and added strategies and design features to gradually develop what was to become mid-century "California Modern."
Read more
Previous page
Next page
Due to its large file size, this book may take longer to download

Raymond Richard Neutra developed his interest in environmental health in the live-work household of his father Richard Neutra, one of the pioneers of 20th century modernism. He received a medical degree in 1965 from McGill University and his doctorate in epidemiology at the Harvard School of Public Health in 1974.

After teaching and doing epidemiological research in South America, Harvard and UCLA he worked for twenty seven years at the California Department of Public Health retiring from there in 2007 as the Chief of the Division of Environmental and Occupational Disease Control. After retirement he has continued to be active in the Ethics and Policy Committees of the International Society for Environmental Epidemiology of which he was the founding President. He has also assisted the California Polytechnic University at Pomona, current owner of the 1932-66 Neutra VDL Studio and Residences in Los Angeles in their restoration (www.neutravdl.org).

With the assistance of the History Department of that University he has done research and developed a website ( www.neutrahistory.org) on the social history of that live-work space where he grew up. It deals with the intellectual history of early modernism, the extended Neutra family, the architectural collaborators and apprentices who started their careers there, the clients who consulted there, the invited and uninvited guests, the exotic household help and the string of architectural professors who managed the place after it was left to the university.

Dr Neutra lives with his wife Peggy Bauhaus and their dog Maya in Pacific Grove California.

Kathryn A. Smith
5.0 out of 5 stars PENETRATING AND ENLIGHTENING VIEW, UNIQUE FROM ARCHITECT'S YOUNGEST SON
Reviewed in the United States on June 22, 2017
Verified Purchase
Raymond Neutra, R.J. Neutra's youngest son, brings a unique and thoughtful point of view to a presentation of his father's architecture and philosophy. He has studied his subject at close-up range during the architect's lifetime, had unparalleled access to his mother's papers, and has gone on numerous global architectural pilgrimages to track down original sources of inspiration. But as a professional man of science, Dr. Raymond Neutra applies tools that are not readily available to the critic or historian. Some may argue that this perspective ignores his father's obvious gifts in creating free-standing works of art, such as the Kaufmann residence in Palm Springs, but it opens up other lines of inquiry for a career as complex as the architect was himself. The book is made more remarkable by the color images that Dr. Neutra added, ones taken with an acute eye to detail and with obvious photographic acumen. The text is written in an accessible style that flows along with the subject matter. Highly recommended.
Read more
2 people found this helpful
Helpful
Report abuse

Ralph R. Frerichs
5.0 out of 5 stars Reflections of an insightful son
Reviewed in the United States on August 7, 2017
Verified Purchase
What does a medical epidemiologist know about architecture? As it turns out, a great deal, at least that’s the way it appears to a fellow epidemiologist. Richard Neutra’s architectural footprints are well known to the people of Los Angeles, with name and image appearing on light posts and museum walls, telling of one event or another. Rudolph Schindler and Richard Neutra – both mentees of Frank Lloyd Wright – helped define modernism for Los Angeles home-buyers. Yet both are long dead, leaving buildings to tell their stories, omitting details of personal and creative lives. Raymond Neutra – youngest son of Richard and wife Dione – filled the family void with a delightful book on growing up in the Neutra household and beyond, watching and absorbing during the last 31 years of his father’s life. While author Raymond had a distinguished career of his own, both as an academician at Harvard and UCLA, and as environmental epidemiologist with the State of California, he learned much of the architectural world. Neutra writes with clarity and feeling and with scholarly insight, accompanied by photos and other images, giving a sense of architectural achievements and tensions during his father’s illustrious career. The book title digs at Frank Lloyd Wright, but is a perfect for artfully characterizing the modernist philosophy of his father, added with pride to a description of the Lowell Health House, a major architectural achievement. Read with joy knowing that the son has captured well the life and times of his prominent mother and father, taking the reader into a world not often seen.
Read more
One person found this helpful
Helpful
Report abuse

Russell L. Quacchia
5.0 out of 5 stars “Thick and Thin” is clearly a unique book about the ...
Reviewed in the United States on June 10, 2017
Verified Purchase
“Thick and Thin” is clearly a unique book about the intriguing relationship between two renown pioneering figures in the development of Modern Architecture in America as well as Europe, namely, Frank Lloyd Wright and Richard J. Neutra. Authored by Raymond Neutra, the youngest son or Richard Neutra, the book presents us with a richly enlightening and engaging portrayal of their relationship as it developed over four decades. By means of his own personal recollections, family correspondence and archival materials, we are given a lively and detailed story of the two Architects friendship and their approaches to design. Of special interest is the author’s own thoughts on the important topic of the manner of their mutual influence on each other in terms of their ideas about architecture. This book will be indispensable reading for anyone interested in architectural history and theory; also, those having an interest in the unusual personalities of these two major creative figures of the American architecture scene.

Jonathan Pearlman
5.0 out of 5 stars Rich and Weighty: A Great Story about Great Men
Reviewed in the United States on May 24, 2017
Verified Purchase
This book is both delightful and insightful. Through letters and eyewitness accounts, Raymond Neutra presents a front row seat to the relationship between two of the giants of modern American architecture. As a student of architectural history, I am well aware of the "front" story about Wright and Neutra as well as the many seminal events that are the foundation of the historical path of development of modern architecture and thought. But with this book, we get a view into the back story, through the actual words of Frank Lloyd Wright, Richard Neutra and his wife, Dione Neutra. It is a rare glimpse into the very personal feelings and emotions shared over four decades between these similar and significantly different men.

An additional treat for me, as an architect who was influenced by the thoughts and work of Richard Neutra, is the insight into the nature of influence revealed in the exploration of the complex relationship between Wright and Neutra. While Neutra had great admiration and respect for Wright, he considered Adolph Loos his mentor. The author is an epidemiologist who uses his skills in that field to delve into this subject and in that exploration, comes up with a clear explanation of the ways one is influenced and how one might use those insights in their own work, view of the field or one's world view.

For any fan of these great men, this book is a must read. It is not long and can be read quickly, but should be read more than once. The photos offer a very intimate view of the Neutra family and the book is written in the first person voice of Raymond Neutra so it feels like the story is being told to you directly. And Neutra himself is a very good storyteller!
Read more
One person found this helpful
Helpful
Report abuse
See all reviews