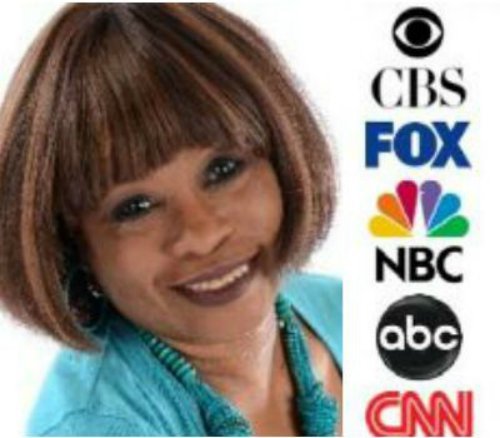 New York-based infidelity expert Ruth Houston is the founder of InfidelityAdvice.com  and the author of Is He Cheating on You? 829 Telltale Signs.   She has been researching infidelity for over 20 years.


In addition to researching and writing about infidelity, Ruth also conducts infidelity seminars, does personal infidelity consultations by phone, cruise ship lectures, and has authored a variety of infidelity e-books, tip sheets and special reports.


Frequently called on by the media to comment on infidelity issues in the news, Ruth has been a guest on The Today Show, Good Morning America, CNN, CBS, ABC News, Fox News, NBC, BBC, CBC, Ireland's Late Late Show, NPR, GMTV, CTV and over 500 other radio and TV news and  talk shows in the United States, Canada, Europe, South America, New Zealand, Australia, Africa, and the Caribbean.


Her second career as an infidelity expert grew out of her own experience as an infidelity victim when she accidentally discovered her now ex-husband's affair. What began as a fact-finding mission has since become her life's work.


As part of her ongoing infidelity research over the past 20 years, Ruth has interviewed thousands of people on all aspects of infidelity, including cheaters and infidelity victims of both sexes, marriage counselors, divorce attorneys, and private investigators.


Happily re-married for 16 years now,  Ruth and her husband, Manley live in New York with their 3 cats.
Tell the Publisher!
I'd like to read this book on Kindle

2.7 out of 5 stars
2.7 out of 5
9 customer ratings
How does Amazon calculate star ratings?
Amazon calculates a product’s star ratings based on a machine learned model instead of a raw data average. The model takes into account factors including the age of a rating, whether the ratings are from verified purchasers, and factors that establish reviewer trustworthiness.
Top reviews

Cricket
2.0 out of 5 stars 829 telltale signs...NOT!!!
Reviewed in the United States on March 14, 2003
Verified Purchase
This book just lists the same signs over and over again in each chapter. Most of it is common sense stuff. Save your money and use your own brain. You will do better on your own.
Read more
16 people found this helpful
Helpful
Comment Report abuse

desi
3.0 out of 5 stars cheating signs
Reviewed in the United States on August 12, 2011
Verified Purchase
The book was purchased for a friend of mine.
It's soft cover and thin but a good guide for the do and don't s in investigating a cheating spouse.
Mostly it confirms what you see in print so you stop living in denial and become proactive in your approach
rather than inactive.
Read more
One person found this helpful
Helpful
Comment Report abuse

Very satisfied
5.0 out of 5 stars Make this the first infidelity book you buy!
Reviewed in the United States on July 31, 2003
It's pricier than most other infidelity books but well worth every dollar! The subtitle title says 829 Telltale Signs, but there are actually 950 signs in the book. Even if you think you know the typical signs of a cheating husband, this book will really open your eyes. These are not just your ordinary, run-of-the-mill "coming-home-late-from- work, lipstick-on-the-collar" type telltale signs. "Is He Cheating on You?" also contains dozens upon dozens of signs that you would never recognize on your own without the help of a resource like this. Many of them are signs a cheating husband would never even think to cover up. The book begins by giving 20 excellent reasons why you owe it to yourself and your marriage to prove (or disprove) your suspicions if you think your husband might be having an affair. The author, an infidelity victim herself, tells you how to prepare yourself mentally and emotionally for what you might find before you start your search. After listing literally hundreds of telltale signs, which are grouped into 21 categories for easy reference, she tells you how to evaluate the signs you find, and explains why you shouldn't jump to conclusions on the basis of a few isolated telltale signs. She states that if your husband is cheating, you'll find clusters of signs in several different categories. The book is full of useful advice and detailed information, and is very easy to read. If you suspect your husband of cheating, this should be the first infidelity book you buy.
Read more
33 people found this helpful
Helpful
Comment Report abuse

Dr Love
1.0 out of 5 stars This book is insult to anyone reading it!!!
Reviewed in the United States on April 30, 2009
This book might of as well listed "Finding your Husband in bed with another women!" The Auther treats the reader as if they don't have a brain to formulate an idea. This book is nothing more than a "Keen observation of the quite obvious!" After looking through this book I was not sure if this was a real help book or a Novelty joke calendar. It is an insult to the readers intelligence! The time i spent reading it is lost forever, dont make the same mistake i did!
Read more
5 people found this helpful
Helpful
Comment Report abuse

Joan P.
5.0 out of 5 stars Is He Cheating On You? 829 Telltaile Signs
Reviewed in the United States on November 5, 2006
I came across this book when I was reading an article in the Heart & Soul magazine re: Brokeback Marriages. This book talks about infidelity and how one can learn about the obvious signs that we so often overlook.

The author also has a wonderful website as well. I have shared this resource with my colleagues, who are also in the process of purchasing the book. One can never know enough!

This is also a wonderful tool to learn how to protect yourself from heartbreak and heartache.
Read more
3 people found this helpful
Helpful
Comment Report abuse

HesterWest
5.0 out of 5 stars Better and less expensive than hiring a detective.
Reviewed in the United States on July 17, 2003
I wasted [monry] on a private detective who couldn't even tell me half of what I found out on my own just from reading this book. I consider it [money] well spent. In less than 2 weeks I found out everything I needed to know about my husband's affair. The 71 telltale signs in the chapter on His Behavior Around Other Women helped me find out the identity of the other woman. If you suspect your husband of cheating but you're not sure, don't sit around wondering. Get this book and find out.
Read more
18 people found this helpful
Helpful
Comment Report abuse

Max Hunter
1.0 out of 5 stars 829? More Like 125 Signs!
Reviewed in the United States on August 3, 2008
It is easy to write a book containing 829 signs of a cheating spouse if you name most of them two or three times. My advise... Ladies, save the $29.95, put the cash toward a good lawyer, and just use your common sense and intuition. If something doesn't seem right... it probably isn't!
Read more
5 people found this helpful
Helpful
Comment Report abuse

Viola Clement
5.0 out of 5 stars Lots of detailed information
Reviewed in the United States on July 25, 2003
This book has more telltale signs in it than any other infidelity book on the market. There's a lot of detailed information here and it's very easy to follow. If you can't afford or don't want to hire an investigator, and you want a discreet, inexpensive, low-key way to find out if your man is cheating, I highly recommend this book. The telltale signs are right on target. Just be sure you really want to know the truth, because if he's having an affair, you WILL find out with this book.
Read more
19 people found this helpful
Helpful
Comment Report abuse
See all reviews from the United States