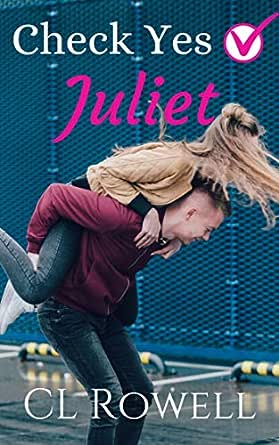 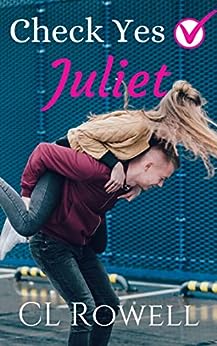 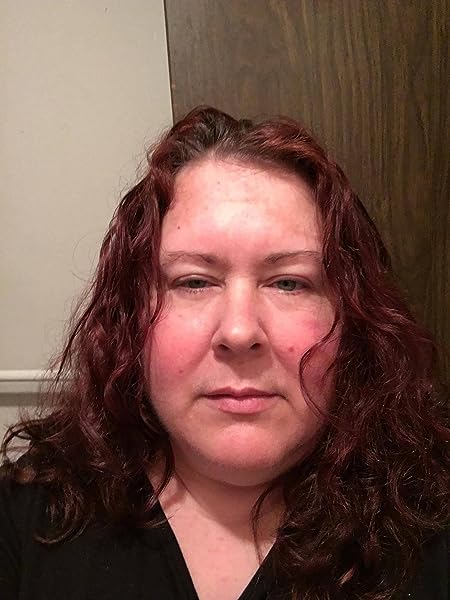 Mary
5.0 out of 5 stars Can He Get Her To "Check Yes Juliet" Straight To An HEA...
Reviewed in the United States on November 1, 2019
Reviewed By: LMR
If you haven't Read a CL Rowell BOOK, then you Really NEED to give HER work a Try. I've been Privileged with the opportunity to read several of Her books, & they NEVER disappoint.

He's just found OUT about some unfortunate stipulations regarding His Inheritance!
Which are gonna require HIM to Marry...
Before His VERY NEXT BIRTHDAY,
Otherwise, there won't be a Single Solitary Payday on His Inheritance,
Without giv'n up His Degree, career Aspirations, & DREAMS!
Mak'n matters WORSE, SomeOne else heard the NEWS,
And decided to Spread IT... FAR & WIDE!
Which just brought OUT Every GoldDigger Around,
And caused Him to panic... Stating He's Engaged!
To His BestFriend... If ONLY She'll PLAY Along,
And "Check Yes Juliet" to His Scheme...
Then, they might just find,
There's WAY MORE than Friendship between them;
In fact, if She'll just "Check Yes Juliet" they'll be Head'n for an HEA!

I rarely give Coveted 5 STAR ratings; they're saved for Books/Items that Outshine, Outclass, & Outperform their competition... They've gotta give me something MORE! CL Rowell's Writing does just THAT quite often, TRULY Winning HER Distinction as a 5 STAR Author for Her Catalogue of Work, Especially for "Check Yes Juliet." Kudos, Ms. Rowell, for your Stellar work!!!
I was granted, via B00|{$P®0UT, an ARC of Cindy Larie Rowell Cowles, aka CL Rowell's, "Check Yes Juliet;" I recommend this book to others based upon its own merits. All opinions expressed within this review are uniquely my own & freely given!
Until next time... Happy Reading!

duelalias
5.0 out of 5 stars so sweet and romantic
Reviewed in the United States on May 1, 2020
This is sweet, entertaining and romantic. Geoff and Juliet became friends at the beginning of high school. Both felt more, bet neither believed that the other felt the same. Geoff is shocked and hurt when discovers that his grandfather and father withheld crucial information about the terms of his inheritance, namely that he had to be married in order to inherit at 25, otherwise it would be at age 30. A loudmouth who also overheard the conversation decided to announce it, thinking that nobody would agree to a marriage knowing it was just to get money. When the girls started throwing themselves at him, he accidentally one of them that he and Juliet were engaged. Juliet offered to help him, by marrying him, wishing that it was real. Geoff was determined to keep her once he had her. It's a whirlwind relationship that brings out the best, and the worst in people. I loved the storyline and characters immensely.
Read more
Helpful
Comment Report abuse

vickie
5.0 out of 5 stars Marrying your best friend to get your inheritance
Reviewed in the United States on November 5, 2019
Geoff finds out by accident he needs to be married by age 25 to get his inheritance or he has to wait until he is 30. Juliet has been his best friend for a long time so who better to become fake engaged to. The women in town are not happy with her because she has stolen the most eligible bachelor in town. With only months to go before her turns 25, Juliet is the most logical & believable choice. Problem is, she is not aware of it yet

Paige R
2.0 out of 5 stars Geoff and Juliet
Reviewed in the United States on December 21, 2019
I really wanted to like this book because I love the fake engagement trope. But I simply couldn’t get past the immaturity of the main characters, Geoff in particular or the stilted flow of the story. Maybe times I felt like entire scenes just didn’t have any point in moving the plot forward, adding to characterizations, etc. This book was just not for me.

💤💋Sleep_Reader💋💤
5.0 out of 5 stars This Book is Beyond Amazing ❤️
Reviewed in the United States on November 25, 2019
I was very impressed with how simply and effortlessly this author told this addicting, multi-layered story with well-developed world building and great characters and still manage to make romance feel so fresh!

The chemistry, sweetness, and twists in plot kept things interesting.
Add in a wee bit of drama and you have a good read.

I received a free copy of this book. This review was posted voluntarily.
Read more
Helpful
Comment Report abuse

M Blandon
4.0 out of 5 stars Check yes Juliet
Reviewed in the United States on October 30, 2019
Fun, sweet and adorkable rom-com set in a small town between two best friends with palpable chemistry, a good plot and great characters. Juliet and Geoff are just swoon-worthy.

buzymomof2
5.0 out of 5 stars Romantic Comedy
Reviewed in the United States on November 1, 2019
A great story line you'll truly enjoy. A true romantic comedy that will have you smiling and laughing as you read. It's fun, sweet and adorable. Strong characters with great chemistry that you'll fall in love with.

Kimberly
4.0 out of 5 stars Good Read
Reviewed in the United States on October 20, 2019
The book is a good romantic comedy read. The story has a good story line. The characters are good. The story is an enjoyable funny romance read.