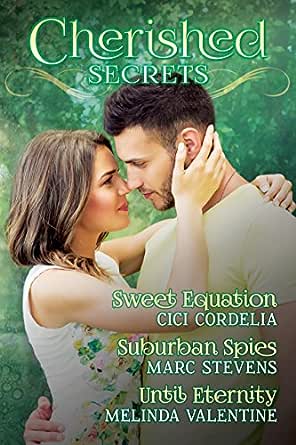 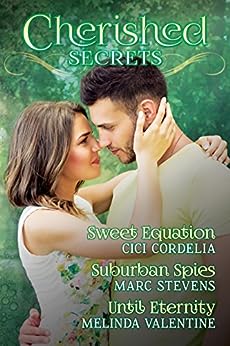 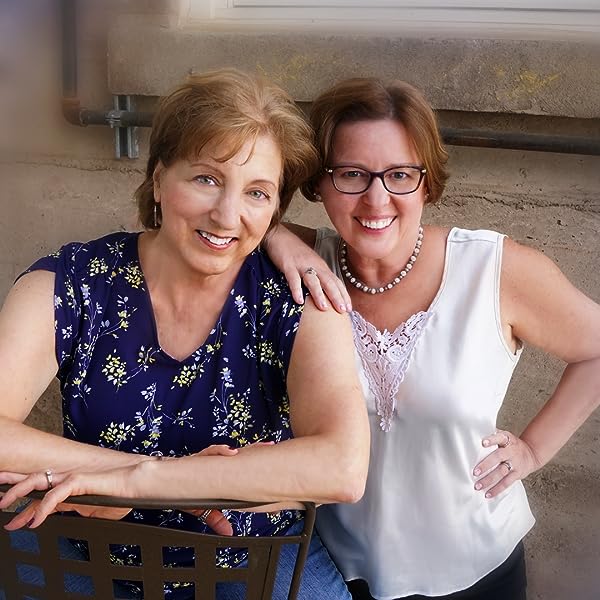 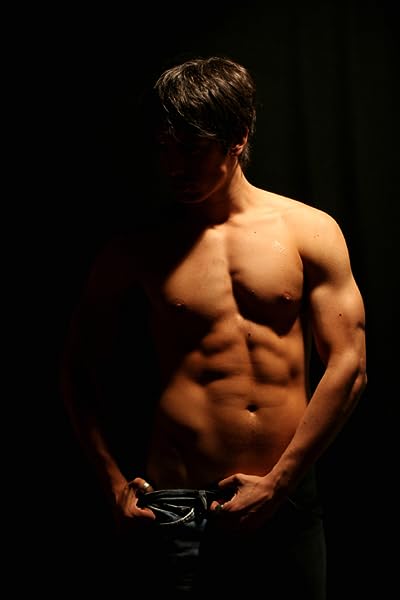 CiCi Cordelia is the pen name for the writing team of BFFs Char Chaffin and Cheryl Yeko. Published authors in their own right, they share a love for well-written stories infused with their favorite romantic genres: paranormal, suspense, and erotica. Both are fans of Alpha Men and the women they'd lay down their lives for. As a writing team, they bring a solid know-how for accomplishing the foundation of what makes a great romance read: a strong story, a passionate romance, fascinating characters, and a happy-ever-after ending.

Susan Flett Swiderski
4.0 out of 5 stars Steam with Substance
Reviewed in the United States on June 20, 2017
Verified Purchase
The title of this book pretty much says it all. Yep, it contains three steamy novellas in which love conquers all, so you're pretty much assured of finding lots of steamy scenes, and a happy ending. If that's all you're looking for, this book is for you. You won't be disappointed.

But there's more. Hidden treasure, if you will, and you'll find it in the stories themselves. They're different... they're entertaining... and they're fun. I especially liked the scenes where former KGB spy and an American spy are, um... torturing each other.

(ahem) Never mind. Give this one a try. If you don't like the steamy stuff, skip over it. The stories are good enough to carry the day.

Four and a half stars.
Read more
Helpful
Report abuse

Kindle Customer
3.0 out of 5 stars Short but sweet
Reviewed in the United States on July 16, 2017
Verified Purchase
Short stories very well written and I enjoyed them all. Steamy but not too much. Fresh storylines too. I especially liked that they weren't cliffhangers.
Read more
Helpful
Report abuse

Dee
VINE VOICE
3.0 out of 5 stars Okay reads
Reviewed in the United States on July 31, 2017
Verified Purchase
I enjoyed the first and second stories, the spy one didn't really do anything for me though.
Read more
Helpful
Report abuse

MLS Kindle Customer
5.0 out of 5 stars Outstanding
Reviewed in the United States on February 17, 2018
Verified Purchase
I loved all of these books in this bundle. Each one was so different so I didn't get bored. They are all enjoyable and entertaining.
Read more
Helpful
Report abuse

Kindle Customer
5.0 out of 5 stars Great read!
Reviewed in the United States on January 28, 2016
Verified Purchase
Characters are easy to relate to and fall in love with. It was very refreshing to read a story where the love of family played such an important role in the story. Anxious for more!
Read more
One person found this helpful
Helpful
Report abuse

P. Regnere
5.0 out of 5 stars Five Stars
Reviewed in the United States on April 6, 2016
Verified Purchase
Enjoyed this book very much. It was my first romance novel ever and it was great!!
Read more
Helpful
Report abuse

Linda
5.0 out of 5 stars Pleasantly surprised
Reviewed in the United States on February 1, 2016
Verified Purchase
Until Eternity was a romantic story that kept me interested from start to finish. It had sexual content that I believe can be read by anyone without losing the storyline of two people being in love. I'm anxious to read the other two.
Read more
Helpful
Report abuse

Guy Reviews Romance and MoreTop Contributor: Pets
3.0 out of 5 stars Collection of three contemporary romances came out to be mostly average but quick short reads
Reviewed in the United States on August 30, 2017
Cherished Secrets is a three novella collection with stories that are of average or slightly above average quality.

Sweet Equation -- Emily the class nerd girl gave her v-card to Cole... on the eve of him leaving for football. That moment of indiscretion left her pregnant. Six years later, Cole, now pro football star, is back in town for a promo with the high school, and finding that he had derailed her life's plans was almost more than he could take... But he will make it up to her if he can... if she will let him...

Ah, the "secret baby" trope and the guy who came back to set things right (after he realized whose baby that would be). Very angst-y, but nothing too special. 3/5

Suburban Spies -- Slade and Jennifer had a history, despite being on opposite sides. Slade works for the Agency, while Jennifer, formerly Ekaterina, works for the KGB, until she had to defect. Now that both are after the same items, both will do whatever it takes, including using their bodies... to complete their assignments... but is there some room for their hearts?

Until Eternity -- Jo had a one-night stand with a guy she thought was the band leader... and got pregnant. She doesn't want to be labeled a groupie, so she kept the identity of the father to himself. Until they met again... and nothing was as it seemed. LT knew the moment he saw Jo's twins they were without a doubt, his. But when Jo refused to marry him, how can he convince her he can't live without her? That he'd never forgotten about her?

Good twists. Usually twin-switcharoo were meant to be funny, but this one was angst-y. 4/5

Overall average is 3/5
Read more
Helpful
Report abuse
See all reviews
Back to top
Get to Know Us
Make Money with Us
Amazon Payment Products
Let Us Help You
EnglishChoose a language for shopping. United StatesChoose a country/region for shopping.
© 1996-2021, Amazon.com, Inc. or its affiliates