The Chessboard and the Web and millions of other books are available for instant access. view Kindle eBook | view Audible audiobook
Share <Embed> 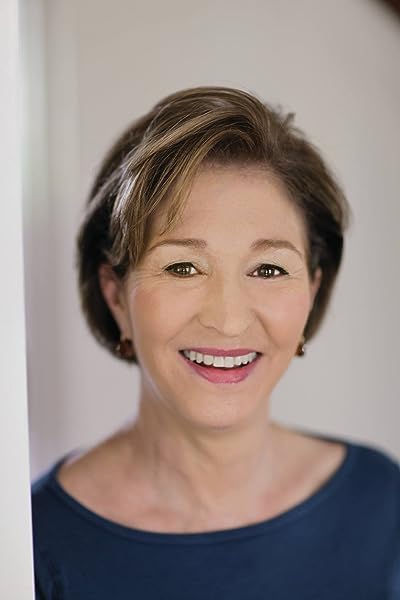 The Chessboard and the Web: Strategies of Connection in a Networked World Paperback – Illustrated, March 20, 2018

"In happier times, The Chessboard and the Web might have been taken as extended application letters for senior posts under either Hillary Clinton or a mainstream Republican. . . . Where Slaughter is fundamentally at odds with the new Washington is in her belief that foreign policy is not a zero­-sum game. For her, politics is more than a bilateral tussle over trade or security. . . . She argues her case from both an extensive review of the literature and her own experience in government, citing examples such as the 2015 Paris Agreement on climate change."—Mark Malloch-Brown, Financial Times

“Slaughter’s book is both a guide for diplomats and a vision for the future of diplomacy. . . a new grand strategy to guide foreign-policy making.”—Ilan Manor, International Affairs

"This paradigm-changing book cogently encourages fresh ways of thinking about the workplace and the world. . . . Readers will likely end up taking this book to work with them when especially challenging problems arise."—Publishers Weekly, (starred review)

“Brilliant, imaginative. . . . This book represents an important watershed in thinking about power and interdependence in the contemporary world.”—G. John Ikenberry, Foreign Affairs

"I am not interested in critiquing the president’s moves or motives at the moment. What I am interested in is a pragmatic and progressive worldview, and ideas that will help bring about lasting peace and stability. And Anne-Marie Slaughter’s new book, The Chessboard and the Web, offers it."—Dylan Schleicher, 800-CEO-READ, Editor's Choice

"Given that nation-states remain powerful and important actors, Slaughter seeks to guide their leaders into more constructive and productive engagements with this inexorably more interconnected world. Essential for scholars and practitioners."—Choice

“Genius. . . . Slaughter . . . develops a different look at foreign policy and . . .  adds to our basic understanding of networks in the current era.”—Robert Agranoff, Public Administration Review

"May well emerge as a foundational text. . . . One of [its] central contributions . . . is to illuminate how impoverished our understanding of power remains. . . . The Chessboard and the Web is one of the few books in recent memory that goes beyond perfunctory nods to the role of networks in addressing contemporary global challenges."—Ali Wyne, The New Republic

“Both a guide for diplomats and a vision for the future of diplomacy.”—Ilan Manor, International Affairs

"The Chessboard and the Web presents a brilliantly imaginative vision of world politics for the age of the Internet and social media, informed by the author’s career in government as well as her scholarship."—Robert O. Keohane, Professor of Public and International Affairs, Princeton University

"A profound and insightful view of geopolitics from one of the greatest living foreign policy thinkers. This book should be required reading for any student or practitioner of international relations. It will only become more relevant and prescient over time."—Eric Schmidt, Executive Chairman, Alphabet Inc.

"Must reading for policymakers and citizens alike. Anne-Marie Slaughter has taken on the enormous task of rethinking grand strategy in an interconnected world where government is but one of the key players. There is little doubt that an Open Order world would be more prosperous and safer. The Chessboard and the Web launches an important conversation on how to get there."—Former Secretary of State Condoleezza Rice

"Slaughter’s book applies well beyond the field of foreign policy. It speaks directly to the needs of  global business to rethink the architecture and culture of their business models, organizations and strategies."—Tom Pritzker, Executive Chairman Hyatt Hotels Corp.

"Networks are becoming more important and deserve more attention in both the theory and practice of foreign policy. Slaughter's exposition is masterful and succinct. This book will command attention, not only because of her scholarship but also because of her reputation and experience."—Joseph S. Nye Jr., author of Soft Power and Is the American Century Over?

Anne-Marie Slaughter is President and CEO of New America, former Director of Policy Planning at the U.S. State Department, and former Dean of Princeton’s Woodrow Wilson School of Public and International Affairs. Her previous books include A New World Order and Unfinished Business: Women Men Work Family, named one of the best books of 2015 by the Washington Post, the Economist, and NPR. She lives in Princeton, NJ.

Start reading The Chessboard and the Web on your Kindle in under a minute.

Thomas J. Brucia
3.0 out of 5 stars Not anywhere as good as I had hoped
Reviewed in the United States on April 7, 2017
Verified Purchase
I was disappointed in this book for three reasons. (1) It reflects the academic approach, by which I mean a lot of quoting of other authors, abstract concepts piled up one atop another, and a lack of good examples of points that would make one able to grasp differentiations that might be clear in the author's mind, but are hazy otherwise. (2) Repeated references are made to ethical/normative categories (essentially philosophical ones). Phrases like "our ideals", "what is acceptable and unacceptable behavior", "better to embrace openness", "our allies" and so on pepper the text as if there were a consensus on what these terms mean 'operationally'. (3) The first part of the book is an overview of networking/graph theory which only made partial sense to me because I've taken two courses on networking/graphing theory. Without a grounding in that and in game theory, the book becomes simply a pile of direction markers rather than a roadmap. Incidentally, the figures and tables are very elementary and 'textbooky'.

This 231-page book (exclusive of notes,etc) might have been a good read if it had been fleshed out 600+ pages. I'm tempted to think the shallowness in terms of examples reflects a 'classroom' discussion approach long on theory and very thin on application, but perhaps the author was just 'hurried along' to 'get this book out now'. I will say that if one picks out specific insights and invents applications, some parts could be useful -- which is why I'm giving it a three star. (I was tempted to go with two-stars). If you disagree and think I'm wrong on any or all of the points I've raise, please offer your own review here. Maybe I have blind spots.

Connor Schweitzer
3.0 out of 5 stars and even useful, but I look forward to her production of ...
Reviewed in the United States on May 18, 2018
Verified Purchase
Slaughter explains one third of globalism incredibly well, mismanages her explanation of networks, and foregoes a critical piece of the argument; the vast and endless risks and consequences of globalism. Globalism is an issue derived from the anarchical nature of the international system; wherein technology and information proliferate at a rate exceeding the fungible capability of state actors. Slaughter is correct when she adumbrates globalism as a force which conditionally increases conditions of cooperation in international interaction. However, globalism and the emergence of networks as powers has resulted in the proliferation of illicit and covert networks which spread chaos, terror, crime, and disease regardless of boundaries. I am a fan of Slaughter and the read is enjoyable, and even useful, but I look forward to her production of a new addition which addresses the dark side of strategies of connection in a networked world. Understanding Dark Networks by Daniel Cunningham is an excellent supplemental reading.
Read more
One person found this helpful
Helpful
Report abuse

tad i. point
5.0 out of 5 stars She is right.
Reviewed in the United States on July 4, 2017
Verified Purchase
I very much appreciate this book. I take her prediction to be that those with genuine fluency in network theory will have a huge advantage in getting to grips with the world we now live in. She does not claim to have reached that level herself, but she has clearly worked harder at it than most. And her pointers to the best prior work in international relations are very helpful to us who are outside the field.
Read more
6 people found this helpful
Helpful
Report abuse

Kindle Customer
5.0 out of 5 stars Outstanding
Reviewed in the United States on April 10, 2020
Verified Purchase
Insightful, incisive, timely (still) and necessary. Best of all, applicable well beyond the realm of international politics. I use Slaughter's work nearly every day in my professional work in progressive criminal justice reform.
Read more
One person found this helpful
Helpful
Report abuse

B. Fleeson
3.0 out of 5 stars Solid
Reviewed in the United States on November 4, 2018
Verified Purchase
I liked the overall approach and inclusion of networks as a lynchpin in understanding our evolving world. That said, I think the work would have been more forceful with deeper illustrations of network collaboration to solve problems.
Read more
One person found this helpful
Helpful
Report abuse

Howard Hamilton
5.0 out of 5 stars Excellent
Reviewed in the United States on November 7, 2019
Verified Purchase
For Boris Johnson..please read this as you may suddenly wonder whether Brexit is right in the connected world which we now live
Read more
Helpful
Report abuse

Rodrigo Zapata
5.0 out of 5 stars Network Theory meets International Relations
Reviewed in the United States on August 5, 2017
Verified Purchase
Network theory has been around for a while. Most books on the subject focus on the theoretical framework. This book is one of the first serious attempts to apply the theory to explain the politcal and economic environments on a domestic and international level. Great read!
Read more
5 people found this helpful
Helpful
Report abuse
See all reviews

Lennin Arriola
3.0 out of 5 stars Good intro into graph theory and international relations, biased view of American politics
Reviewed in the United Kingdom on June 24, 2018
Verified Purchase
"George W. Bush favored promoting freedom and ending tyranny" Aside from a few platitudes like these the book was provides a good introduction to network theory, leadership and organizational management and how this impacts international relations. It gives clear examples of effective network approaches both in business and politics and why these approaches should be adopted by more traditional heriarchical organizations like the military, government and international institutions like the UN.
Read more
Report abuse

Kindle Customer
5.0 out of 5 stars Insightful
Reviewed in the United Kingdom on May 2, 2020
Verified Purchase
Insightful study of international relations through the prism of network theory arguing for a pluralist approach to ideologies of organisation and governance
Read more
Report abuse

Z. A. Nusseibeh
5.0 out of 5 stars Five Stars
Reviewed in the United Kingdom on May 14, 2017
Verified Purchase
Excellent
Read more
Report abuse
See all reviews

Page 1 of 1 Start overPage 1 of 1
Previous page
Next page
Pages with related products. See and discover other items: Explore price boards for businesses