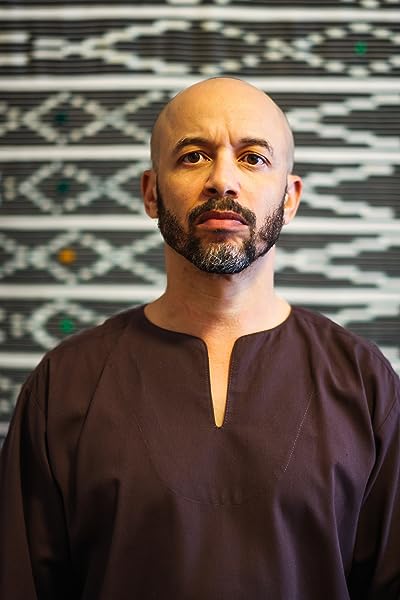 “Dr. Jackson has presented a much needed view of an important Harlem writer. I had the pleasure of knowing Chester and most of the folk he knew. He was fun. He was good looking. And he was a wonderful story teller. Chester struggled, as most writers do, with being himself. But when he opened the special door to ‘Chester,’ we all could peep inside to a special genius. He was old and I quite young when we met. He had a flashlight to let me see the way down what could have been a dark road. Chester Himes is to writing what Miles Davis is to the trumpet, what John Coltrane is to the saxophone, what lips are to love. I am so glad this research has been completed. Chester deserves this sun to cast his shadow over the library that is the hope of black Americans.”
- Nikki Giovanni

“A riveting, one-of-a-kind tale of a writer who saw the subject of race from odd, revealing angles.”
- Clifford Thompson, Wall Street Journal

“Chester B. Himes is a bracing journey through the life of an uncompromising writer.”
- Michael P. Jeffries, New York Times Book Review

“Makes a convincing case for a writer who's always been something of a tough sell…Jackson memorably characterizes Himes' great gifts as a writer.”
- Maureen Corrigan, NPR

Lawrence P. Jackson is Bloomberg Distinguished Professor of English and History at Johns Hopkins University. Author of Ralph Ellison: Emergence of Genius, The Indignant Generation, and My Father’s Name, he has been published in n+1 and Harper’s. He lives in Baltimore, Maryland.
Start reading on your Kindle in under a minute.

4.5 out of 5 stars
4.5 out of 5
11 customer ratings
How does Amazon calculate star ratings?
Amazon calculates a product’s star ratings based on a machine learned model instead of a raw data average. The model takes into account factors including the age of a rating, whether the ratings are from verified purchasers, and factors that establish reviewer trustworthiness.
Top reviews

Tuttle N. Texas
5.0 out of 5 stars A Compelling Biography of a Complex Man
Reviewed in the United States on June 16, 2018
Verified Purchase
Lawrence P. Jackson’s biography of author Chester Himes is a great success. If that statement reads dubious then it is because Himes, the man is no easy subject. Spiteful and self-destructive, Himes was a contemporary of and plumbed the same topics of racial inequity in America as Richard Wright and Ralph Ellison. He would not find success until decades after Wright and Ellison's groundbreaking novels.

Chester Himes personal struggles as an African American in early and mid 20th century would make for solid reading. Yet, it is chronicling the turmoil and strife of Chester Himes’ life in letters where Jackson strikes gold. Beginning with Chester’s earliest attempts at short-story publication, (on a typewriter won in a card game) to competition with Hemingway, and ultimately, the rollercoaster of long-form publication, Chester's journey as a writer elevates the biography above simple journal of historical reference. Clearly an admirer of Himes’ work, Jackson remains objective in addressing the half-truths and the self-serving revisions that populate Himes' early autobiographic novels and short stories.

If Jackson makes a misstep, it is finale and I blame editorial constraints. Early chapters strain at the seams to contain three and four years but the final chapter encompasses the last decade of Chester’s life. Breakneck in pace, the final act reads rushed.

In his introduction, Lawrence Jackson states that he intends his biography as the “big book,” Chester Himes’ life deserves and this is a considerable portrait of the artist. But like best of Chester’s own work, I couldn’t help but wish for just a bit more.
Read more
One person found this helpful
Helpful
Comment Report abuse

Nina M.
4.0 out of 5 stars Timely resurrection for Chester B. Himes
Reviewed in the United States on October 28, 2017
Verified Purchase
So thoroughly researched, fascinating and heartbreaking what Himes struggled against as a writer and Blackman in the segregated world— not just the states. I am going to read some of his noir detective novels next. He and his work had been lost to me.
Read more
2 people found this helpful
Helpful
Comment Report abuse

Joe Dortha Parker
5.0 out of 5 stars Great and inspiring read
Reviewed in the United States on September 7, 2017
Verified Purchase
This is an important literacy presentation on Chester B. Himes by Lawrence P. Jackson. Great and inspiring read; please purchase this is an outstanding written analysis.
Read more
One person found this helpful
Helpful
Comment Report abuse

Read-A-Lot
4.0 out of 5 stars Definitive Indeed.
Reviewed in the United States on July 25, 2017
Author Lawrence P. Jackson says in the acknowledgements, “I have endeavored to write the ‘big book’ that Michel and I thought Chester deserved.” In my estimation he has indeed succeeded in completing a big book that explores the life and work of Chester Himes. The research that obviously went into this definitive work had to be painstaking. The end notes are copious which indicates a careful and thorough examination of Chester Himes. It is fascinating to read about the struggles that Chester endured to bring his books to print. He apparently worked up quite a reputation within publishing circles, because he was extremely vigilant about every affront, slight or in his mind unwarranted criticism.

Chester Himes was what one would call a ‘race man’ and his novels reflected that. "But what was holding him back was his everlasting resistance to a world
that did not have a place for a black artist who didn’t emphasize the value of assimilation."

His indictment of America and her treatment of Black people were a consistent theme throughout many of his novels. He was on the scene before Richard Wright and had already published novels to critical acclaim when Ralph Ellison wrote Invisible Man which opened the eyes of the NY publishing world and they began to look anew at Black authors.

It's amazing that Himes didn’t get the full applause until later in his life, although the talent he brought to the page was universally recognized early on. Chester first began writing in prison, having been given twenty years for a simple armed robbery. He ended up doing seven and a half years, and in prison is where he began his writing career. While the biography obviously focuses on Chester's life, the surrounding history of the cities Chester lived in and life for African- Americans in general is explored to great effect.

At nineteen years old and looking at twenty years, having lived through a prison fire that killed 322 inmates due to failure to act by the administration, "Writing was one activity that helped him overcome lonely isolation and puzzle through the welter of emotions after the fire.......His efforts to deal with the personal tragedy of incarceration, loneliness, physical vulnerability,....launched his writing career."

Himes would send out his short stories to magazines hoping they would bite and he began to have some success, becoming skilled at fictionalizing real life he had watched and experienced. Using characters to express his thoughts on subjects would be become a staple of his writing for decades. Quickly realizing that American whites "wished to read about themselves as forceful decision makers" he began to write prison stories with white protagonists and landed a series of stories in the upstart magazine Esquire.

He would leave prison and pursue writing as a career eventually publishing his first novel, If He Hollers Let Him Go to modest success a few weeks after the death of his mother. Himes lived from story to story most of his life filling in the lean times with odd jobs or leaning on the job of his wife to support himself. It wasn't until later in life that he begin to make real money writing and publishing, much of it due to his crime series, featuring detectives Coffin Ed and Gravedigger Jones, which he is probably most widely known for. The book Cotton Comes to Harlem was made into a movie that was very popular in the early 70's.

Himes actually found success in France before really becoming a literary name in his home of America. He lived in France, Spain and other places in Europe beginning in the early 1950's and would never officially live again in the United States. He died in Spain in 1984. This biography is one to place on the bookshelf as you may return to it frequently for reference to the publishing industry, for the atmosphere in France where many African-American artists found refuge, for the conditions of 60's America, for the overall struggle of a Black writer trying to make a living, and insight as to how racism can undergird the process of becoming.
I received this review copy from Netgalley in exchange for an honest review.
Read more
19 people found this helpful
Helpful
Comment Report abuse

Al Young
5.0 out of 5 stars FRESH TAKE ON A GREAT WRITER
Reviewed in the United States on August 14, 2017
Verified Purchase
Lawrence P. Jackson's biography of Himes -- as well-researched as it is passionate -- rocks and invites fresh takes on the great ex-patriate American writer's life and career. .
Read more
3 people found this helpful
Helpful
Comment Report abuse