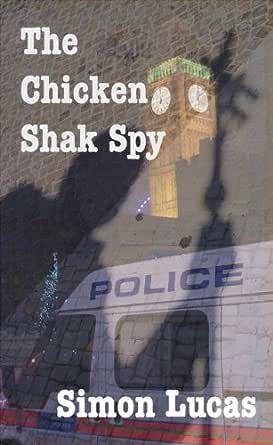 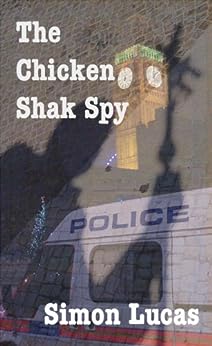 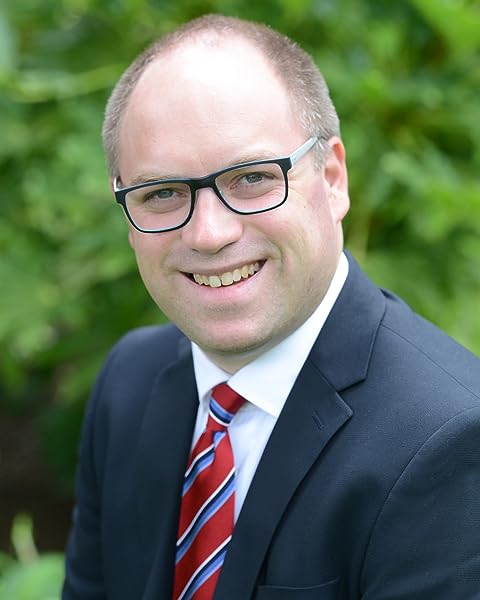 Alexanderjwalters
4.0 out of 5 stars A Great Read!
Reviewed in the United States on December 10, 2010
A couple of weeks ago I was lucky enough to be sent a copy of Simon Lucas' new e-book "The Chicken Shak Spy" to give a read/comments on. I've spent some time reading through it and have agreed with Simon that it's ok to put my thoughts up on here as well as sending them across to him.

The Chicken Shak Spy is Simon Lucas' second novel - a spy thriller detailing the adventures of the fictional Hunter Group. His first novel is a Famous Five style adventure story and while I've not had a chance to read that it seems that it would be falling into a very different style genre. Long story short, I really enjoyed reading this story, I found myself making spaces in the day so I could stop and read some more of the book as it unfolded. The story is very cleverly intertwined with real world events, namely the visit of the Pope to the UK (given the short time that the book was written in, it's likely that these were the events occurring as it was written) and I enjoyed how it took these events and built them into the story. The tone of the story reminded me greatly of a Dan Brown book - however I found that this annoyed me a lot less, and while the author has obviously done their research and is knowledgeable about the technologies that are being used, unlike in a Dan Brown novel the computing aspect appears to be correct and doesn't go making outrageous claims but instead, for the most part, uses real systems that are all available on the market today. To be honest while I compare this a Dan Brown novel - I also found it a lot better than a Dan Brown novel - the characters seem a lot more believable - though at points I found myself questioning how the main character got given the position he had - and the plot stayed reasonably logical, despite occasions where a vast amount of weaponry is produced by characters that you wouldn't expect to know about the weapons, let alone have access to/be able to use them.

The characters all seemed to be well drawn and the story was carefully portioned out to ensure that each of the main Hunter Group members had their chance to shine and get something to do. There was only one character whose motivations appeared weaker/less obvious but I'm aware that Simon is looking to flesh out this character further, which should resolve this issue. In particular I found the final parts of the book very gripping with a good twist that I didn't see coming (which is good as I often find myself predicting twists correctly).

All in all I would say that this is a great read - it's never going to go down as a classic, but it's not designed for that - this is a great holiday read that you can pick up, enjoy, and then get rid of once you've finished it. Strongly recommended and I'm looking forward to seeing the promised further adventures of the Hunter Group.
Read more
One person found this helpful
Helpful
Comment Report abuse

Steven Sumpter
5.0 out of 5 stars Definitely one to read
Reviewed in the United States on December 21, 2010
The Chicken Shak Spy follows reluctant secret agent Graham Chapman and private security agency the Hunter Group as they try to prevent the kidnapping and murder of the pope during his visit to the UK.

In writing this novel Simon has managed to take all the best parts of the genre while avoiding being as annoying as Dan Brown. The result is that this is a great thriller with an outrageous plot and characters that you can sympathise with. Once I found the time to start reading it, I couldn't stop. (I finished it at 5am!) If I had one criticism it would be that diversions in to background information sometimes interrupted the flow of action at some points in the story.

I can definitely recommend The Chicken Shak Spy and I am very much looking forward to the next book in the series.
Read more
One person found this helpful
Helpful
Comment Report abuse

C. McHale
5.0 out of 5 stars Fast paced, but with depth
Reviewed in the United States on January 11, 2011
In his thriller set in September 2010 during the Pope's visit to the UK, Simon Lucas has created a fast paced action novel with enough twists and turns to hold the reader's attention, yet still has built depth into his characters. Noticeable is the lack of moralistic slant for either the 'baddies' or the 'goodies', which is thought provoking. An excellent read and a bargain too!
Read more
Helpful
Comment Report abuse

Chris
5.0 out of 5 stars A great read
Reviewed in the United States on December 14, 2010
A spellbinding tale which kept my attention from the first paragraph to the last page! I would throughly recommend this to anyone who enjoys thrillers!
Read more
Helpful
Comment Report abuse
See all reviews

Phill Sacre
4.0 out of 5 stars Good Holiday Reading
Reviewed in the United Kingdom on December 29, 2010
Verified Purchase
This book follows the adventures of the fictional spy, Graham Chapman (nothing to do with the late Monty Python member...) who happens to work for his parents' fried chicken delivery firm. As you can probably tell from the summary - it's not Shakespeare, but it's nonetheless a very entertaining holiday read.

I found the plot really got going in the second half of the book, keeping me gripped until the end, a real page-turner!

If you like 'pop fiction' and want something pretty light and fast-paced to read, you won't regret buying this book. I'm looking forward to the next in the series.
Read more
One person found this helpful
Report abuse

J. Davis
5.0 out of 5 stars Very good read
Reviewed in the United Kingdom on January 9, 2011
Verified Purchase
A very good read for the money. I enjoyed the plot developments as they happened, and was caught out each time. As good as Jack Higgins (who I have read most of), and great to see a another good story set in England for a change!

So what will happen to Graham next???
Read more
Report abuse