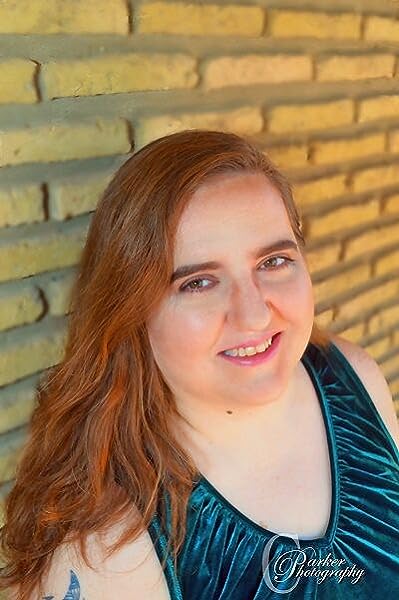 4.0 out of 5 stars
4 out of 5
42 customer ratings
How does Amazon calculate star ratings?
Amazon calculates a product’s star ratings based on a machine learned model instead of a raw data average. The model takes into account factors including the age of a rating, whether the ratings are from verified purchasers, and factors that establish reviewer trustworthiness.
Top reviews

carrie R
3.0 out of 5 stars SEX (drinking) SEX
Reviewed in the United States on June 20, 2017
Verified Purchase
I did like this book; the characters were well drawn and I really felt for Noah and Anthony and all their struggles, but--I know they were in a long distance romance, but here was the way the plot ran to me sometimes: SEX SEX SEX (drinking) Skype sex, airplane rides, SEX SEX SEX, drinking, and--SEX. I missed the times they could just be together, and the times Noah faced hard choices about his drinking, and when they came, I seized on them like I was dying of thirst. Toward the end, I leafed through the sex parts, and believe me when I say that I love me some sexy times, but this just felt unrelenting. I'm sure that'll be a selling point for some, and I really enjoyed the author's portrayal of Noah's struggle. I just wish there would have been more of that. I've read the series, and I'll read it again, though, but when I get halfway through this one, I'll just start leafing through the sex parts again.
Read more
6 people found this helpful
Helpful
Comment Report abuse

In book 3, we meet up with Anthony and Noah. Anthony's sister was married to Clint who we met in book 2. Her marriage to Clint ended due to his alcohol abuse stemming from his PTSD. Having seen how Clint's drinking affected his sister's family, Anthony is leery of alcohol use. On a visit to Anchor Point with his sister, he hooks up with Noah. The chemistry was instant. The sex, insanely hot!!! However, what these two both thought was just a one off turns into something more and soon they're having a long distance relationship. As time progresses, Anthony becomes suspicious of Noah's drinking but because they're not around each other 24/7, he doesn't see just how much Anthony is drinking. Slowly things begin to unravel for Noah and even Anthony eventually sees for himself just how bad Noah's drinking is. Anthony leaves Noah and Noah goes on a weekend binge that finally opens his eyes to how bad his drinking has been and he seeks help.

Having lived with someone who hit rock bottom, I know how Anthony feels, there comes a point where you can't go on but it's up to the individual to seek help. You can't make them do it and they have to do it for themselves. It takes strength and courage to do it every day. It's a hard subject to tackle and I think LA Witt covered it beautifully.

Bo
5.0 out of 5 stars Wall-to-Wall Romp
Reviewed in the United States on July 9, 2017
Verified Purchase
After the last page of this book I discovered that a fourth in the series is due in a few months. Hey, L.A. Witt, why are you torturing us? This is a totally off the wall series involving Navy officers at a port in Oregon--unlikely setting for one, and extremely hot Navy men and civilians for another.

I liked the first book "Just Drive," which involved Paul, a 40-something base commander and Sean, a 20-something son of one of his officers. Good plot, eventual angst, lots of sex.

I found the second, "Afraid to Fly," heart wrenching because of the PTSD and physical issues the two 30-something Navy officers, Travis and Clint, had to deal with, including a romance in which the sex was compromised by injury.

This one, which brings together Noah, a 39-year-old Navy police captain and Anthony, a somewhat but not too much younger (and deeply ginger) ex-brother-in-law of Clint from "Afraid to Fly," touches all the bases and involves the members of the previous two books. It also sets the pages on fire with so much sex that you begin to wonder if these guys are just hedonistic or plain stupid in love.

By the time they figure that out, their world is ready to explode over the realization that their long-distance relationship blocked Anthony from easily figuring out that something was deeply wrong with Noah. By the time the eventual clash takes place they are tearing themselves to pieces, and it becomes a battle of love's survival over fear of loneliness and disrepute.

Unless, of course, Ms. Witt outdoes herself in the next one.
Read more
One person found this helpful
Helpful
Comment Report abuse

Kindle Customer
4.0 out of 5 stars GOOD SOMEWHAT S L O W READ
Reviewed in the United States on July 23, 2020
Verified Purchase
I IMMEDIATELT ENJOYED LEARNING BOUT NOAH. WAS HESITANT BOUT ANTHONY
[ HE's ROYAL HIGHNESS ]. AFTER U Ms. WITT GAVE SOME BACKGROUND besides Mr. PERFECT & HIS WHINNY SIS I WAS NOT ROOTING 4 HIM & NOAH 2STAY as a COUPLE.
ANT isn't the FIRST YOUNG MAN [ ENTITLED, after a BOTCHED PRETEND
MARRIAGE of SORTS ]; 2HEAR& BELIEVE ONE SIDE of SIS STORY. I'VE LEARNT
"NO MATTER HOW CLOSE NO ONE IN YOUR BEDROOM & TRULY KNOWS WHATS
GOIN ON in YOUR HEAD. WASN'T HAPPY ANT GOT A TASTE/ DOSE of REALITY
AFTER JUDGING CLINT SOOOOO HARSHLY 4 HIS MISTAKES. [ CLINT COULD HAVE TURN on ANT but CHOSE 2B "THE ADULT" & 4GIVE.NOAH U GOT YOUR HANDS
F U L L with THIS MAN!!!!
Read more
Helpful
Comment Report abuse

JRSF
2.0 out of 5 stars I'm a big fan of LA Witt books. This book is not the reason why.
Reviewed in the United States on July 22, 2017
Verified Purchase
I've long been a fan of LA's books, and they're generally auto buy for me. I love her ability to craft a series, and some of her scenes have burned the words right off the page (see the novella Missionary in particular). However, this particular one I thought was repetitive, and took a potentially interesting premise, both within the book and reaching across to a prior Anchor Point book, and shortcut both the potential for conflict as well as the resolution, even within the genre and HEA. The requisite sizzle scenes were there, but they even had the same-same quality within the book. Something feels missing about this one.
Read more
2 people found this helpful
Helpful
Comment Report abuse

AnnElm
4.0 out of 5 stars Lust att first sight
Reviewed in the United States on September 11, 2017
Verified Purchase
I love the chemistry between Noah and Anthony. Right from the moment they lay eyes on each other it's lust at first sight. What they think is a one -weekend-stand turns into seeing each other every weekend and soon there are true feelings involved.
My heart broke for Anthony when he starts to suspect that Noah has a problem with alcohol and having been there myself knowing all the signs is hard to read.
When all comes tumbling down I cried for both of them and I'm happy that they finally got everything they wanted in the end.
Read more
Helpful
Comment Report abuse
See all reviews from the United States

jacqueline hall
5.0 out of 5 stars Chief's mess(anchor point)
Reviewed in the United Kingdom on October 13, 2017
Verified Purchase
Noah didn't know that he was an alcoholic but when he found Anthony they both realized the problem because of his ex brother in law was an alcoholic but they found there happy ending excellent read
Read more
Helpful
Sending feedback...
Thank you for your feedback.
Sorry, we failed to record your vote. Please try again
Report abuse

4Catz4me
5.0 out of 5 stars To drink or not to drink...
Reviewed in Canada on November 12, 2017
Verified Purchase
Anthony meets Noah at a bar when he's came to Anchor Point for moral support with his sister Mandy and her kids to see their father Clint, who is an alcoholic.

Anthony had to get away from the situation as he has a hard time forgiving Clint for his previous actions towards his family.

He thinks him and Noah will just be a one-night stand, but they become more and start flying back and forth every few weeks to see each other.

When Anthony discovers Noah has a drinking problem, that crosses the line, as Anthony cannot be around someone who drinks excessively.

They break up, what happens next is up to Noah.