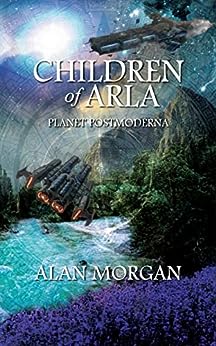 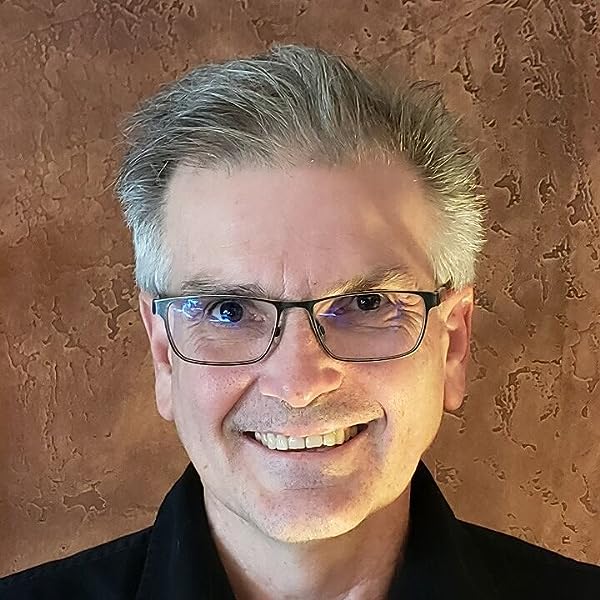 by Alan Morgan (Author) Format: Kindle Edition
See all formats and editions
Sorry, there was a problem loading this page. Try again.
John Baxter is the former CEO of an influential Virtual Reality Technologies Company. Having built an empire on immersive virtual world technologies and other investments, early retirement and some much-needed time with his family seem well-earned. But his early retirement is short-lived.

On a trip to a mining outpost to aid in settling a labor dispute—his last act of diplomacy for his companies—he is cast into a tragedy that takes him to a faraway world that is ironically an organic virtual world. Created for humankind to find someday by an alien race who have visited our planet and many others throughout the ages, this world will be the stage for events that would change our universe forever. John and his crew will soon learn they were ominously cast to take part of this interstellar drama. They will learn how many of them and many of humankind are the Children of the Arla.

Children of Arla introduces readers to the storylines and characters of Planet Postmoderna's The Advent.

Planet Postmoderna began as a Virtual World Game project. The "Children of Arla" story--formerly, the Advent--was started in the early 1980s. It went through several rewrites as the game project also went through its own iterations. Arla was completed in 2014 and finally published in 2022. The hope for the book is to get the story out into the metaverse and generate the funds necessary to launch the virtual world game. Visit the Planet Postmoderna website to learn more about the history, current, and future efforts of this very "organic" virtual world project.
Read more
Previous page
Next page

I am an advocate for virtual worlds and interactive stories. It has been a dream of mine to make games and virtual worlds that allow players to experience a story.

Some background (and going way way way back): I was raised in foster homes in Hawaii. My upbringing made me a very passionate and driven individual. I am unsure if some of that contributed to my creativity and quirkiness. It may have also contributed to my tendency to shelve things until I feel the surge of energy to continue them.

I have been attracted to the concept of virtual worlds for decades. I imagined being able to experience stories, not just watch them on the screen or read about them. I remember drawing a series of comics in the 1980s that coincided with the initial concept of The Advent, which later became Children of Arla. It was not very good art, but it helped me think through what I imagined for the story.

In the late 1990s and early 2000s, while living in Colorado Springs, CO, I joined a writers group and began to flesh out some of the Story. I am not sure why I stopped writing, but I imagine it was due to “life.” I tended to let “life” suck the energy from my dreams. Not a good decision, but hey, I never gave up.

In 2008 I resurrected the story and used it as the basis for a virtual world game project that I jumped into head-first. I came across a game opportunity that would allow me to take advantage of an existing game platform to build out what I envisioned for The Advent and “experience” a story.

I went through a long process of recruiting team members on a zero-budget, investors, and everything else I needed to make the dream into reality. It was a long and very educational process for me. I met many talented people during the period between 2008 and 2014. Sadly, the project never blossomed as I would have liked, so again, I shelved it. To my surprise, I finished the final draft of the Advent.

During 2015, I moved down to Las Cruces, NM, and El Paso, TX, (where I live now) for my job. I had been unemployed for the last few years with only contract jobs to live on. I found something more steady, and in an industry, I believed in. I picked up the story again while down in the Borderland, but only briefly. So I went through another dry spell and loss of interest and belief I could ever make the project a reality.

Something sparked my “mojo” again. In late 2021, I finally committed to finishing the story and publishing it. I figured, if the book took off and generated interest, perhaps I would build a working prototype for the virtual world game from the book sales.

I am still learning on my own everything I can about using Unity, Virtual Worlds, and Virtual Economies so that I can be as involved in the development process as possible. I am holding onto the torch and still running the race.

If you would like to learn more about the Planet Postmoderna History, Children of Arla and and the projects we have been involved in, visit our website and blog articles at: http://www.planet-postmoderna.com. More social links are on the website.

Kiana
5.0 out of 5 stars The best Sci fi fantasy book I have read!!!
Reviewed in the United States 🇺🇸 on May 23, 2022
Verified Purchase
This book grabs your attention straight from the beginning. The author does not leave room for stalling. It's a grip the edge of your seat adventure with children going on an exciting fantasy adventure from start to finish. It's difficult to put this book down. So make sure you read this book when you know you have no chores, cooking, or deadlines, lol.

I loved this book. It swooped me in like a headset virtual reality console. Except? You are reading it as if you are in a virtual world. The book is very cool.
Read more
2 people found this helpful
Helpful
Report abuse

Marisol Garcia
5.0 out of 5 stars An instant classic
Reviewed in the United States 🇺🇸 on March 14, 2022
Verified Purchase
This book really immerses you into it's world, Alan has created a new classic that is a must for Sci-fi readers.
I hope that Netflix or some really good production company picks this book up and makes it into a long, full of visual effects, and many seasons show.
For the seasoned reader it is a unique experience that will take you into a world of which you just want to keep reading.
Alan please share where the virtual world is, i am looking forward to it.
Review by David Chacon.
Read more
3 people found this helpful
Helpful
Report abuse

Kathy Peterson
5.0 out of 5 stars Very intriguing story
Reviewed in the United States 🇺🇸 on May 26, 2022
Verified Purchase
Even though SciFi is not my go to genre, I really enjoyed this book. The story was intriguing and I liked the characters. I can't wait to see what happens next.
Read more
2 people found this helpful
Helpful
Report abuse

Far Left Texas
5.0 out of 5 stars Space Opera Writ Large
Reviewed in the United States 🇺🇸 on March 30, 2022
What a delightful find The Children of Arla is. Hard to believe this a first book from the author - it has none of the typos and storyline gaps that plague so many first-timers. And this book doesn't grab you from the get-go, but instead it draws you in slowly. The first night it was easily put-downable. The next night it was still put-downable, but not quite as easily. By the time you are really into this book, it will keep you up past your bedtime because you can't put it down.