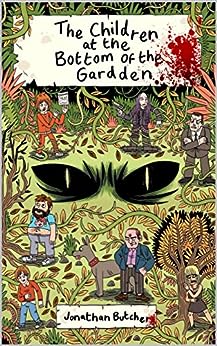 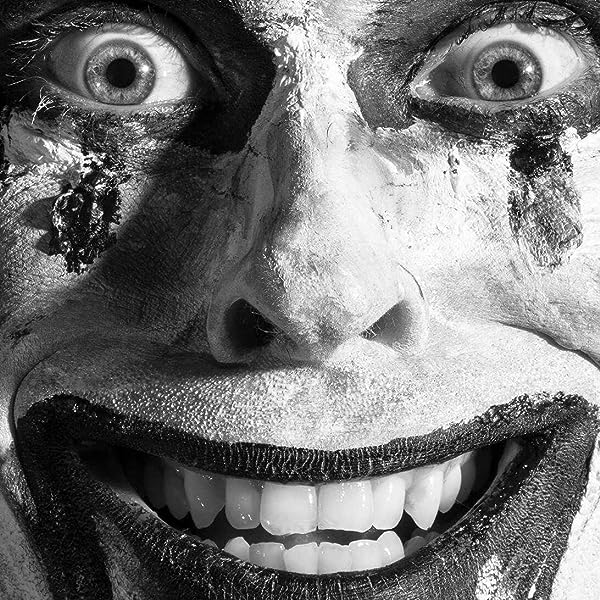 The Children at the Bottom of the Gardden Kindle Edition

Kimberly Wolkens
4.0 out of 5 stars Gory and Creepy!
Reviewed in the United States on May 17, 2019
I read “The Children at the Bottom of the Gardden” by Jonathan Butcher after reading a review by a fellow team member of Ginger Nuts of Horror. It sounded to me like book that wanted to push some boundaries in the horror genre. I think the book does just that. It takes topics/themes that you might see in horror - violence, derangement, body horror, supernatural forces - and puts them all in one book. It goes a step further to be probably one of the more visceral books I’ve ever read - some of the scenarios and the gory details within were enough to make me cringe. And that’s hard to do for me with books!

There are several different characters within the book, and each chapter is told from a single character’s point of view. It becomes very interesting how the characters are woven together and what becomes of them in the final scene. I do enjoy books with the various chapters told by a single character. However, I will say that my biggest complaint with the book is that with some of the characters, the chapter formatting was different with some characters than from the others. For example, even though all the chapters were told from 3rd person point-of-view, sometimes the words of the narrative took on the character’s spoken voice. Which I think is a creative way to do that since I don’t see that often. But when stories are told in 3rd person POV, I like for the narrative text to be consistent throughout the book. Or it could be that most of the character’s chapters had very similar styles, but two of them (Percy and Henry) were just so different from the others, it’s odd that two stuck out to me, and the rest did not. Despite this, I was still able to stay immersed in the story.

Another thing that I loved about the book is that I was constantly guessing until the very end whether the children of this creepy garden were real creatures or if they were just very vivid delusions created by one of the characters. Either way, whether real or creations of the mind, the children were excellently creepy. And the house itself, too, was full of horrors that were creepy and cringeworthy.

All of the characters were very real to me, which made it easy for me to find the people I wanted to feel sorry for, and the ones I wanted to hate. And I don’t want to give too much away about the plot, but the relationships between some the characters’ back stories were surprising and made for great plot twists.

If you’re someone who likes to be challenged not to be creeped out or grossed out by what I would call “coarse” situations, then definately give this one a read.
Read more
Helpful
Report abuse

ValerieLeeD.
4.0 out of 5 stars Great book!
Reviewed in the United States on December 13, 2018
This is a 4.5⭐️! And this book really surprised me, in a delightfully, disturbing way!! About 2/3 of the way into the book I felt myself being drawn into the characters world of Seadon! The people involved are unique and the author draws the reader into their depraved lives! I actually liked, felt sorry for, and cheered a couple on! As the reader gets further into the story, you come to realize how entwined the characters become in relation to each other through horrible circumstances! This is the first work I’ve read from the author and I have become a fan! Great read!
Read more
Helpful
Report abuse
See all reviews

Christopher J Rollason
5.0 out of 5 stars Step into the Gardden
Reviewed in the United Kingdom on September 25, 2018
Verified Purchase
An excellent read with a nice pace. After reading one the authors previous books, I gave this a go. A lot less intense than the other book but still a fascinating read, I particularly like the use of different fonts for different characters, all of which were clearly well crafted. It’s a good slow burn with a sense of foreboding that sets the characters and the scene up for a wonderfully delirious ending. Highly recommended for horror fans and anyone that enjoys a good book.
Read more
3 people found this helpful
Report abuse

D. Billing
5.0 out of 5 stars Unique, uncomfortable and highly entertaining.
Reviewed in the United Kingdom on June 12, 2020
Verified Purchase
From the mundane to the fantastic the book guides you and a slippery slope of weirdness and its fun to just let it lead you into the darkness. You know characters are well written when you hate them or love them and this book has a cast of varied misfits that do both. The story itself builds in a way I can only describe as uncomfortable and foreboding with a very welcome smattering of grim humour. I really have never read anything like this... A darkly comic fantasy crime tale that kept me riveted until the end.
Read more
One person found this helpful
Report abuse

Cath
5.0 out of 5 stars Unputdownable!
Reviewed in the United Kingdom on November 12, 2018
Verified Purchase
I loved this book. I loved the way the character stories intertwined, I loved the way they and the story both built up and within the first couple of chapters I knew I was hooked. The language is clever and funny, the story was funny and horrific in equal, perfect balance. I don't think it'd be possible to not enjoy this. I'll be reading more Jonathan Butcher, definitely a new favourite author.
Read more
Report abuse
See all reviews
Back to top
Get to Know Us
Make Money with Us
Amazon Payment Products
Let Us Help You
EnglishChoose a language for shopping. United StatesChoose a country/region for shopping.
© 1996-2021, Amazon.com, Inc. or its affiliates