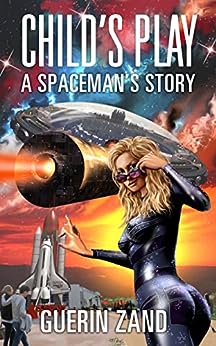 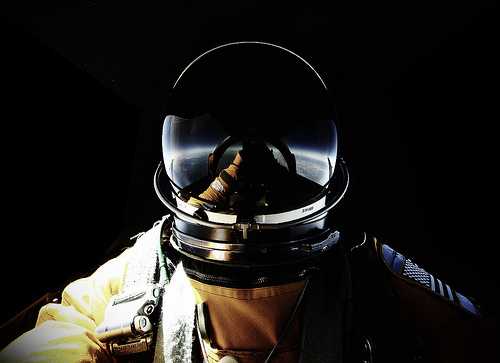 by Guerin Zand (Author) Format: Kindle Edition
Book 1 of 4: A Spaceman's Story
See all formats and editions
Sorry, there was a problem loading this page. Try again.
I had just been laid off from another job and had enough money set aside to take a long overdue sabbatical. I had spent the last 30+ years as a software engineer and to say I was a little disappointed in how my life turned out was probably an understatement. In fact, I was disappointed with just about everything in my world.
The optimist says the glass is half full. The pessimist says the glass is half empty. I always said I wanted a bigger glass!
As a little boy, I had seen a man land on the moon and I wanted in on that. My first disappointment was that to be an astronaut I had to become a military pilot first. When I found out a near-sighted boy could never be a military pilot I was crushed.
Later in life, I thought that I could still be a part of this new future by getting a degree in Aeronautical Engineering, so I did. This of course just led to more disappointment when the manned space program pretty much ended. Sure, we had a shuttle, but that turned out to be just a big space truck to haul junk into orbit and now we didn’t even have that. The great nation I called home, that once put a man on the moon, has to beg rides from the Russians to get to the International Space Station now.
Women, in general, were a disappointment as well. I say in general because I guess you can’t really count your mother in that group. Don’t get me wrong. I liked having sex with women, but they always expected more, go figure. They wanted their man to have a good job to be a serious candidate for a future husband but when that involved travelling a lot, that was a problem. I’m sure there was some solution to this problem but I didn’t have time for that. I settled for the simple, fun and meaningless relationships instead. It was far less disappointing.
So there I was, just walking my dog one day, when a beautiful young woman came to take me away in her spaceship, or at least that’s what she said. I didn’t believe her of course, but I didn’t really have any other great plans for the day so I decided to play along. I wasn’t really expecting much so I didn’t think I would be disappointed by this decision. Once again, I was wrong.

I was born into the age of manned space flight and watched as a small child when Man took their first steps on the moon. Of course I wanted to be an astronaut and at the time that meant joining the Air Force to become a pilot first. Back in those days, before the miracle of corrective eye surgery, one had to have perfect eyesight. I didn’t so my plans had to change. Instead I went to college and became an Aeronautical Engineer.

Life has a way of determining our future, regardless of our own plans, and it turned out my talent was software. Computational fluid dynamics requires one to be proficient in programming and I was. I was so good at this that for the majority of my career I have worked as a Software Engineer. I started working in flight simulation and being able to play with multi-million dollar toys used to train our military fighter jocks was a blast. Eventually I specialized in the interfaces between hardware and software. We are a small group in the industry compared to other fields in the software industry and we are usually in high demand.

It’s been a rewarding career for the most part but now I have taken a break from all of that to write. Will this be my second career? I can’t say for sure but I enjoy writing and if people enjoy my work then maybe life will take me in that direction.

3.3 out of 5 stars
3.3 out of 5
7 global ratings
How are ratings calculated?
To calculate the overall star rating and percentage breakdown by star, we don’t use a simple average. Instead, our system considers things like how recent a review is and if the reviewer bought the item on Amazon. It also analyzes reviews to verify trustworthiness.
Top reviews

Nailtek8
1.0 out of 5 stars Yuck
Reviewed in the United States on July 31, 2018
Verified Purchase
I agree with the other reviews. Writing classes/workshops are definitely in order I would like to say this is a “fresh “style of writing but it’s just terrible all around with no redeeming qualities. Psychiatric help and maybe some medication wouldn’t hurt
Read more
One person found this helpful
Helpful
Report abuse

Brandon S.
5.0 out of 5 stars Good series
Reviewed in the United States on September 22, 2020
Verified Purchase
Really enjoyed the story. Just a bit of editing needed but I didn't think it detracted from the book much
Read more
Helpful
Report abuse

John Szentes
4.0 out of 5 stars Great series, but seriously get a proofreader
Reviewed in the United States on March 2, 2020
I loved the series and couldn't put the books down. But seriously, the author needs help with english syntax. You can make a great drinking game searching for the "correct" usage of there/ their/ they're.
You won't get drunk or even a little buzzed because almost invariably the wrong one is used. It detracts from the reading experience to anyone with a middle school (or higher) reading level, like a speed bump on the highway.
Read more
Helpful
Report abuse

christopher j pletz
5.0 out of 5 stars Can't wait for next one.
Reviewed in the United States on July 10, 2018
Good book
Read more
2 people found this helpful
Helpful
Report abuse

Devilmonkey
5.0 out of 5 stars Refreshing read
Reviewed in the United States on August 8, 2018
Refreshing point of view. The authors perspective is, in my opinion, exactly how I would like to think I would handle myself in the MC's shoes. You won't be disappointed reading this story!
Read more
2 people found this helpful
Helpful
Report abuse

derekO
1.0 out of 5 stars Thanks but no thanks
Reviewed in the United States on July 1, 2018
My review was a long rant but I decided it was too harsh. I will say to the author...take some writing classes. Join some writing groups. Please learn how to write. You obviously think of your hero as an extension of yourself...I think you need therapy and maybe some meds.
Read more
Helpful
Report abuse
See all reviews
Back to top
Get to Know Us
Make Money with Us
Amazon Payment Products
Let Us Help You
EnglishChoose a language for shopping. United StatesChoose a country/region for shopping.
© 1996-2021, Amazon.com, Inc. or its affiliates