Chill of Fear: A Bishop/Special Crimes Unit Novel and millions of other books are available for Amazon Kindle. Learn more
Share <Embed> 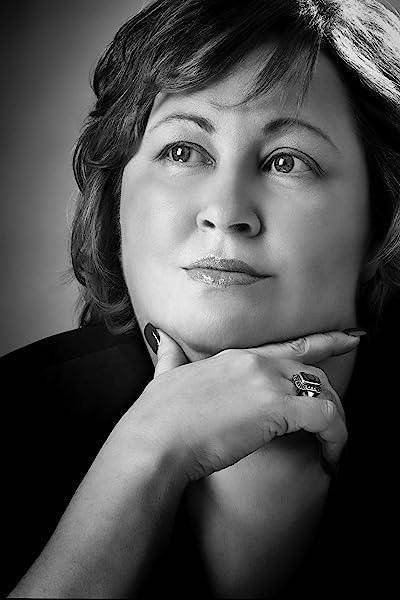 by Kay Hooper (Author), Dick Hill (Reader)
4.7 out of 5 stars 321 ratings
Book 8 of 20: A Bishop/SCU Novel
See all formats and editions
Sorry, there was a problem loading this page. Try again.

KAY HOOPER is the award-winning author of Sleeping with Fear, Stealing Shadows, and more than ten other novels of suspense and intrigue along with dozens of other books. She lives in North Carolina.
Start reading Chill of Fear on your Kindle in under a minute.

4.7 out of 5 stars
4.7 out of 5
321 global ratings
How are ratings calculated?
To calculate the overall star rating and percentage breakdown by star, we don’t use a simple average. Instead, our system considers things like how recent a review is and if the reviewer bought the item on Amazon. It also analyzes reviews to verify trustworthiness.
Top reviews

Gypsy
5.0 out of 5 stars Fear trilogy book 2/ Bidhop/ SCU novel book 8
Reviewed in the United States on June 24, 2018
Verified Purchase
When a super private resort in Tennessee that was built over 100 years ago is known best for all the murders and missing persons most people have forgotten the name and it is only know as THE LODGE.

Twenty-five years ago FBI agent Quentin Hayes was only 12 but he was at THE LODGE when his friend Missy was murdered. Missy felt something EVIL before she was killed but no one listened to her then. Today Quentin is part of the SCU but he still goes to Tennessee every chance he gets to try and solve Missy's murder.

Diana has been on medication for most of her life to stop her sleepwalking that leave her strangest places. Her father and her doctors tell her medication is the only way to stop he mental illness but Diana has come to THE LODGE to try a medication free art therapy class. Unfortunately things seem to get worse. Diana is having nightmares and is having conversations with the many ghosts in this old hotel.

Quentin tries to tell Diana that she isn't mentally ill but is a medium. Together with the help of the current manager, the sheriff and the ghosts of the murdered children they try to rid THE LODGE of EVIL that still haunts over a hundred years later
Read more
One person found this helpful
Helpful
Report abuse

MEB Haskell
4.0 out of 5 stars Ripples of a w25 year old crime brings psychics together to solve the mysteries of The Lodge
Reviewed in the United States on April 6, 2018
Verified Purchase
My rating is really 4.5. This is my 2nd read of this book, but I find my opinion has not changed. I love the paranormal aspects of Kay Hooper’s writings. This story of a woman who was led to believe that she was insane or irrational and discovers she is neither,. She learns she is a medium who can see both sides of life.

I would love to have encountered the mysterious Bishop and met the members of the FBI’s Special Crimes Unit. In this story Diane learns that she is a medium who is strong and can help solve a series of crimes that go back more than 25 years.

The story of how she learns to control her ‘gift’ and the development of her relationship with FBI agent Quentin Hayes is a great read. If there had been a little less repetition and less questions about the children who seem to appear and disappear through the activities of the story line, this would definitely have been rated a 5. There are just so many people who populate the book in unique ways. I loved it.
Read more
Helpful
Report abuse

dcscake
3.0 out of 5 stars Only so, so
Reviewed in the United States on April 4, 2021
Verified Purchase
I am not really into the paranormal. Crossing from this life to that one, sometimes does not make any sense to me. Other times it might be necessary, but there is a fine line between the two. This is about a hotel with mystery disappearances over 20 years and the reason why and who is investigating it. It is a little far fetched in lots of places, like I said paranormal is not for me. The ending was not what or who I expected, so that was ok. Just ok.
Read more
Helpful
Report abuse

Sheila M
5.0 out of 5 stars Tension, Romance and Psychic Murders
Reviewed in the United States on September 8, 2014
Verified Purchase
CHILL OF FEAR is one of the best of the Bishop/Special Crime Unit series. While I have complained about some of the previous entries because of the short shrift given to the romance in this series of paranormal romantic suspense books, this book is pretty darn good even though it ends with just the beginning of what might be termed the actual romance.

THE STORY: Special Agent Quentin Hayes has been obsessed with a murder that happened twenty-five years ago. He has returned to the scene of the crime, The Lodge, year and year searching for clues. Quentin is a seer, but that talent has not helped him solve the murder. When he returns to the Lodge this time, he meets Diana Brisco. Diana has been treated for mental illness for most of her life. What she doesn't know and Quentin immediately recognizes is that her "mental illness" is actually a psychic talent. Quentin realizes that he and Diana are at the Lodge at the same time for a reason and he struggles to help her accept her talent in order to have her help him solve the series of murders and disappearances that have taken place at the Lodge for a century.

OPINION: I loved this book. The plotting is intricate and complex and the characters are interesting and compelling. There is no "romance" in the traditional sense. The first kiss takes place at the very end of the book, but I found the romance between Quentin and Diana to be more satisfying than several of the previous novels in the series. The two build a strong, true relationship and Quentin purposely holds off on anything more because of the danger the two face. The novel is really about Diana discovering and acknowledging her psychic abilities and accepting them. I thoroughly enjoyed Diana facing herself and discovering who she truly is.

WORTH MENTIONING: There are a bunch of characters that made previous appearances in the series who make cameos. Beau Rafferty, the artist makes an important contribution.

FINAL DECISION: I loved this book and was one of the best at working out the psychic element as Diana struggles with accepting her talent.

CONNECTED BOOKS: CHILL OF FEAR is the eighth book in the Bishop/Special Crimes Unit series. It is also the second book in the Fear Trilogy that is internal to the series. I think, however, this book is truly a sequel to TOUCHING EVIL because many of the characters in that book make an appearance or are mentioned in this book, including Quentin. CHILL OF FEAR can be read completely on its own, however.

STAR RATING: I give this book a 4.5 because I was compelled to turn page after page and I was satisfied at the end of it.
Read more
3 people found this helpful
Helpful
Report abuse

Deblyn
5.0 out of 5 stars Love her books!
Reviewed in the United States on August 6, 2018
Verified Purchase
I am going back through my collection of Kay Hooper books. This time via kindle. I still enjoy her books ever since I started reading them in the 1980s. They are timeless. I know some people may be put off by the definitely “dated” passages. But in my opinion (and having been a long time fan) those passages are like living in a different time. And reuniting with an old friend that is walking towards you.
Read more
Helpful
Report abuse

Jennifer Logan
5.0 out of 5 stars Love this series
Reviewed in the United States on April 12, 2021
Verified Purchase
Very compelling book. Could not put it down. The story just kept unfolding with mesmerizing intensity. It’s the second time I’ve read this book but it’s been a long time in between and I still couldn’t stop reading.
Read more
Helpful
Report abuse

Kindle Customer
5.0 out of 5 stars Excellent
Reviewed in the United States on October 2, 2020
Verified Purchase
I really enjoyed learning about the past. And I'm excited it will lead to a bigger future. The SCU team seems pretty well matched.

This was a great story with some great questions answered.
Read more
Helpful
Report abuse

Sally Jo Mikush
5.0 out of 5 stars I love and have read a lot of her books.
Reviewed in the United States on January 19, 2021
Verified Purchase
I always look for her because I know it will be a great story. Her mysteries always keep you guessing right up to the last. Her Bishop series is my favorite. They are scary and keep me up all to finish.
Read more
Helpful
Report abuse
See all reviews

Tink
5.0 out of 5 stars Love this series!
Reviewed in the United Kingdom on October 24, 2016
Verified Purchase
Another great read, a bit of occult, a bit of detective, a bit of romance, lovely escapist read.
Read more
Report abuse

Penny Harvey
4.0 out of 5 stars not quite as much bite
Reviewed in the United Kingdom on September 23, 2005
Verified Purchase
I absolutely love the Bishop SCU series - and this one was eagerly awaited. Quentin (who we have met before); is researching a crime which happened during his childhood and one which he has deep connections too. Along comes Diana - she is more deeply connected to the crime and to the strange happenings at the lodge - therein lies the link between them.
Although I enjoyed this book it did not seem to have the punch, no real involvement from other members of the 'team' in this one (a brief cameo from Beau, which was, dare I say a little contrived) and I missed the banter and chance to visit 'old' friends along the way.
Worth a read, but not if you have not read any of the series before, the earlier ones are much better and I don't feel this one would give a true reading of just how powerful and engrossing Ms Hooper's book are as a rule.
Read more
27 people found this helpful
Report abuse