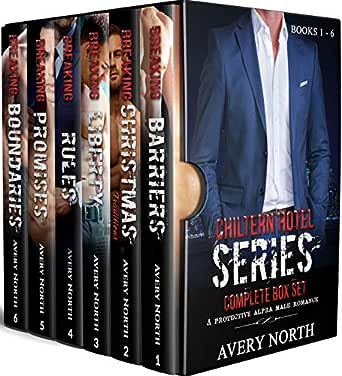 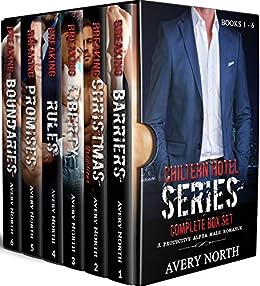 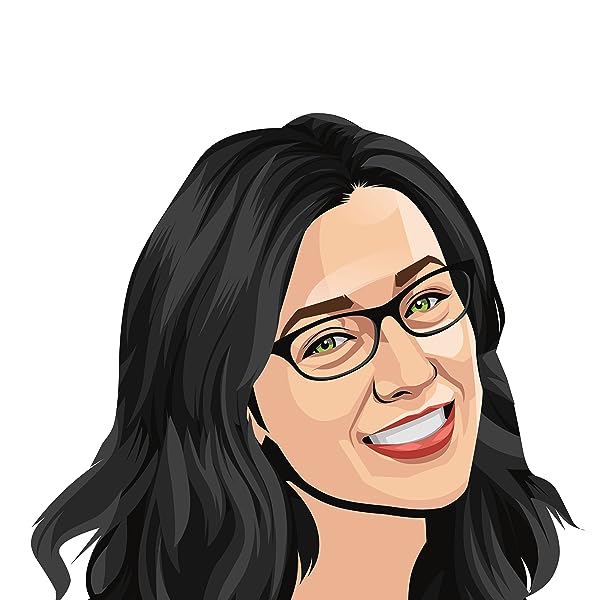 The story lines caught my attention at the very beginning and kept me interested throughout the entire book. - Jeanne Richardson, Amazon Reviewer

I highly recommend this series and this author to anyone who loves to read great romance books. - BT, Amazon Reviewer

This is a boxset containing the entire collection of the Chiltern Hotel series by Avery North!!! That's SIX different stories!!! - Cheryl B, Amazon Reviewer

Once you start reading about what went on in the Chiltern Hotel, You couldn't put it down. Great Job Avery -   Ykrobin, Goodreads Reviewer

I recommend these fantastic reads which has something for everyone. - vic, Amazon Reviewer

This set is filled with likeable characters - XO2read, Bookhub Reviewer

This is an awesome set of steamy romance books that I enjoyed reading. - deb o, Amazon Reviewer
--This text refers to the paperback edition.

4.5 out of 5 stars
4.5 out of 5
36 customer ratings
How does Amazon calculate star ratings?
Amazon calculates a product’s star ratings based on a machine learned model instead of a raw data average. The model takes into account factors including the age of a rating, whether the ratings are from verified purchasers, and factors that establish reviewer trustworthiness.
Top Reviews

BT
5.0 out of 5 stars Great Read
Reviewed in the United States on April 22, 2020
Verified Purchase
Ms. North has combined her fantastic “Chiltern Hotel” series into a box set. Each book is about a different employee but some characters carry from one book to the next. The books are short, fast paced and whisks you away. I highly recommend this series and this author to anyone who loves to read great romance books.

Cheryl B
5.0 out of 5 stars Boxset with all six Chiltern Hotel stories!!!
Reviewed in the United States on April 22, 2020
This is a boxset containing the entire collection of the Chiltern Hotel series by Avery North!!! That’s SIX different stories!!!

First is Breaking Barriers, the story of Melissa and Tom. She’s hired as a waitress at the hotel. Melissa is caring for her brother. He’s the sous chef there. He sees her and wants to get to know her. Things progress from there. Sweet story!

Next up is Breaking Christmas Traditions, which follows Lloyd and Paula. He was just hired as the fitness instructor for the new gym. She’s an employee at the hotel. Both have troubled pasts and both are immediately attracted to each other. This was a little bit of a chase story. Good story!

Third is Breaking Liberty, the story of James and Meg. He’s the new sous chef at the hotel and she’s a receptionist there. They meet at a local club and there is an instant attraction. Unfortunately, she witnesses something….and shuns him. Then, disaster strikes and he’s there to pick up the pieces. I liked this story!

Next is Breaking Rules, the tale of Susan and Carl. She’s the head waitress at the hotel and he’s the accountant. Sparks fly! But, then she sees something that breaks her heart and leaves the hotel. Can there be a happy ending? A bit of a heart-breaking story.

Fifth is Breaking Promises, follows Rachel and Chris. She’s the front desk manager and he’s a contracted IT consultant. He comes in to help when her computer dies. But, when she meets him, she comes alive! They hit it off…but, then she closes down. Nice story!!

Finally, there is Breaking Boundaries, a short, steamy, intense story about Fiona and Tim. She’s the hotel manager and he is a contract handy man at the hotel. When she started working there….and met him….they were immediately enchanted with one another and began secretly dating. Now, Peggy has started working there and has lots of tricks up her sleeve….she wants something she can’t have and will stop at nothing to get it.

I am volunteering to leave a review for an Advance Reader Copy of this book.
Read more
Helpful
Comment Report abuse

JustAnotherPerson
4.0 out of 5 stars Chiltern Hotel Where Employees Gain More Than Just Employment
Reviewed in the United States on April 22, 2020
Avery North's inaugural writing foray begins with the the Chiltern Hotel Series. If you are looking for short quick HEA reads look no further. As a fledgling writer, her writing progressively gets better as each new story is revealed.

This series revolves around many staff members of the Chiltern from the maintenance worker to the owner and everyone in between. While each book is a stand alone, it is nice to see characters from the previous books making appearances in the later books especially. They are all a family of sorts who help one another navigate through life not only in their working relationships but also in their romantic relationships as well as other personal relationships outside the hotel.

All books end in happily ever after couples who met and feel in love due to their positions in the Chiltern Hotel. Is there some bit of luck that blesses each of the employees in the Chiltern with finding their forever mate or is it just fate stepping in when the employees least expect it? You will have to read and judge for yourself.

Having been an ARC reader for Avery since the beginning, it has been my pleasure to see how she has progressed and continues to grown in her writing and ability to spin a tale.
If you like this series also look forward to reading her Eden Spa series.

Merry Jelks- Emmanuel
5.0 out of 5 stars I Love This Box Set
Reviewed in the United States on April 22, 2020
This hotel series will draw you in as you read about the love and lives of those who work at the Chiltern Hotel. My favorites are: Breaking Boundaries and Breaking Barriers. In the story "Breaking Barriers", Melissa finds herself in the role of caretaker for her younger brother after the death of her parents. Moving to the city to start again was challenging. She meets Tom upon arriving at her new job and a friendship develops leading to something more. But with all the drama surrounding them can they take it to the next level for something more meaningful? I loved this story and you can't help but emphasize with Melissa. She is a strong determined young lady. My other favorite "Breaking Boundaries", Has Fiona who grew up in a dysfunctional home took the opportunity when it arises at the Chiltern Hotel. Her job opens up another world for her one she never thought she would have especially when she meets Tim. Tim is the fix it guy and is captivated with Fiona right from the beginning. Their time together opens up feelings that Fiona never thought she would have again given her past experiences. Can Tim Fix Fiona's heart and build a future that is better than her past?

Rather than review the individual titles, you’ll find that the blurb for the book has a brief summary of each one so you can skip around or read them from start to finish. Either way, you will thoroughly enjoy this love-filled series!
Read more
Helpful
Comment Report abuse
See all reviews from the United States