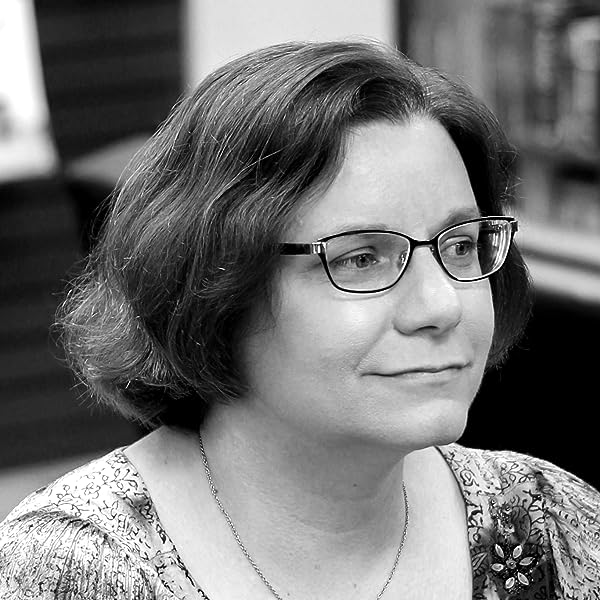 Start reading Chimeric Machines on your Kindle in under a minute.

Kaolin Fire
5.0 out of 5 stars Simply A Delight
Reviewed in the United States on January 19, 2011
Chimeric Machines is, simply, a delight. Fifteen of the thirty-eight included poems had been previously published, over nine years, in various pro and semi-pro markets, including Strange Horizons, Chiaroscuro, Lady Churchill's Rosebud Wristlet, and Greatest Uncommon Denominator Magazine. I should say up front that Lucy is one of a handful of my favorite poets--her creations tend to tweak me just so: elegant, grounded, visceral, playful, knowledgeable, erudite, educated...she knows a lot about a lot, including the feel of language, and puts it all to good use.

Tom Piccirilli's introduction is short, quirky, and a great way to set the mood before you dive in. Consider it a palate cleanser for the ever-fresh sashimi Lucy slices the world into. The book is broken into seven courses: Technica, Quiet Places, Dark Dreams, Crete Kentucky, Daughters of Typhon, Strange Corners, and Unshelled Evolution. Some sections are more coherent than others, but, for me, the first was the strongest punch. I made notes on each poem as I went, and so many of them, first time through, were just, "Yes. Oh Yes.", or "Delightful", or "*hee*". That's where she hits me.

The leading piece, "Modernism", is simple, but oh-so-elegant, beautifully wry, and hits on several levels. It's two brief stanzas, both relating the same scene, speaking on classical art and modern art, life, perspective, and it is...delightfully wrong, which is a mode I think Lucy aims for frequently.

"And There in the Machine, Virginia Finally Stood Up" is a prose poem, and not what you might expect from the collection's title, but perhaps all the more powerful for that. Three pages long, a lifetime, but I wouldn't do the themes justice by explaining them. The poem does them justice, in spades. My only qualm is that the end is perhaps a bit simple, and glib, in comparison. But there is a lot of glib, throughout, and it's something she does very well.

"Subtlety", which GUD originally published in Issue 2, gets a special call-out in the introduction, and it's well-deserved. From my slush notes, "I was hooked from the first stanza. The third one had me laugh out loud, for real." It still makes me giggle with glee, the punnery, and imagery, and sheer playful twisting of language, which is both subtle and so-very-not.

"Sympathy" had me at "the soylent flesh of every blessed enemy", which, admittedly, was the last line, but I then wrapped around and enjoyed it anew--not because of any particular twist that reshaped the poem as a whole, but because I knew what was coming.

And so on. Some other favorites, in order of presentation, were "glowfish", "Mute Birth", "Home for the Holidays", "Internal Combustion", "Infinite Loop: Girl with Black Eye", "Uncanny Valley Girl", "Book Smarts", "Dumb", "Permian Basin Blues", and "Photograph of a Lady, Circa 1890". I could probably list most of the book.

Not everything worked so perfectly for me; in particular, I didn't enjoy the story-in-five-poems section, "Crete, Kentucky", but I expect folks other than me would enjoy it more. These poems were less playful, more focused on telling the story; there's still some poetry there, but I don't think it's up to the rest of the collection.

And, overall, where I have a complaint, I think it's rooted largely the same--most of her poetry is so strong, that when it's not doing it's thing 110%, it falls a little flat, for me. Sometimes the poem is just too on-the-nose, or saying something I've read too many times without her characteristic energy; in one case she uses a gimmick twice ("Infinite Loop: Girl with Black Eye" and "Looped"; and "Infinite Loop: Girl with Black Eye" just does it much better than the other, I think); and another she hits a theme twice, and again, not so much as extends it, but does it better in one than in the other ("Ocean" vs. "Photograph of a Lady, Circa 1890").

My complaints are few and far between, and I mostly mention them so as to not over-sell you on some mythical collection that no one would ever find fault with. This is a brilliant collection. If you enjoy poetry, speculative fiction, language, life, or any combination thereof, you should really check it out.

Lucy A. Snyder was winner of the 2009 Bram Stoker Award: Superior Achievement in Poetry.

Anton Cancre
5.0 out of 5 stars Gigantic Brass Ovaries Hit You in the Face.
Reviewed in the United States on February 6, 2010
Lucy starts the thing off by defining both "Chimeric" and "Machines" in a move that might be a tad condescending but fondly reminded me of the brief fad among Death Metal band shirts in the early-mid nineties and doesn't particularly clarify the issue for the reader anyways. Of course, that is the point. It is a puzzle, a game, a mystery of words and she knows perfectly well that whatever configuration you place the pieces in, whatever solution you develop amid the fog will come more from you than her and she seems to be embracing that. The fun part is that the poems located within it do exactly the same thing.

Tom Piccirilli (if you don't know him, shame on you!), during the introduction, points out that the title is the first thing that matters in any work, that it is what draws the reader to that work and Lucy shows a unique talent at crafting these. I must admit that I couldn't help jumping to pieces like "Searching for Signs of Life at the Bottom of a Cup of Cold Coffee", "Squidliquor", "The Monster Between the Sparks" and "Tech Support". Then the substance kicked in and, whoo-puppy was I in trouble. Her poetry is powerful, honest, playful and somehow manages to pull off being simultaneously direct and ephemeral. It bleeds and curses and tears at its own skin while bashing the walls with its head, screeching in crimson and white; laughing the whole time.

However, as much as I love every poem up in this piece (and I do), I see a bit of a problem growing out of her own contradictions. Lucy walks a fine line, especially during the first portion of the book, "Technica". It is clear that she despises the haughty artifice, aristocratic arrogance and exclusionary attitude that are usually inseparable from all things Literary. Much of this section is a direct attack and her rage is palpable but she cannot seem to keep from engaging in the same obfuscation tactics herself, which will certainly alienate much of the general reading public as well.

At the same time, this is not the first time she has walked dangerous, uncertain roads with her work and I hope it will not be the last. We need more people with gigantic swinging ovaries of solid brass (or balls when sex-appropriate) willing to smack us in the face like this.
Read more
One person found this helpful
Helpful
Comment Report abuse
See all reviews