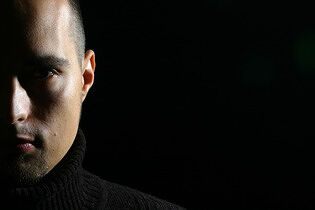 by Tom Carter (Author)
4.3 out of 5 stars 125 ratings
See all formats and editions
Sorry, there was a problem loading this page. Try again.

From the subtropical jungles of Yunnan to the frozen wastes of Heilongjiang; across the scalding deserts of Xinjiang and beneath Hong Kong's neon blur.  Tramping through China by train, bus, boat, motorcycle, mule or hitching on the back of anything that moved.  On a budget so scant that he drew sympathetic stares from peasants. Backpacking photographer Tom Carter somehow succeeded in circumnavigating over 35,000 miles (56,000 kilometers) across all 33 provinces in China during a 2-year period, the first foreigner on record ever to do so.

What Carter found along the way, and what his photographs ultimately reveal, is that China is not just one place one people, but 33 distinct geographical regions populated by 56 different ethnicities, each with their own languages, customs and lifestyles.

Despite increased tourism and surging foreign investment, the cultural distances between China and the West remain as vast as the oceans that separate them.  Carter's book, CHINA: Portrait of a People, was published as a means to visually introduce China to the world by providing a glimpse into the daily lives of the ordinary people who don't make international headlines yet whom are invariably the heart and soul of this country.
Read more
Previous page
Next page

One of China's most extraordinary explorers. --The World of Chinese

Part of the strength of this book is its independent spirit. It's not a travel guide showing China dressed in its Sunday best, or a photojournalistic approach documenting the underbelly of the country, but rather a peek at the sights Carter has seen and a corrective to both the glowing promotional images and negative media shots that we are all familiar with. --China Daily

Tom Carter is an extraordinary photographer whose powerful work captures the heart and soul of the Chinese people. --Anchee Min, author of Red Azalea

Tom Carter's photo book is an honest and objective record of the Chinese and our way of life... his camera leads us through 33 wide-sweeping scenes of the real and the surreal. --Mian Mian, author of Candy

An inveterate vagrant who flirts with pictures and words, Tom Carter spent 2 straight years backpacking a groundbreaking 35,000 miles across all 33 Chinese provinces, and was named &quot;one of China's foremost explorers&quot; by The World of Chinese magazine. His first book CHINA: Portrait of a People (2008, Blacksmith Books, Hong Kong) has been hailed as the most comprehensive book of photography on modern China ever published by a single author. He is also the editor of Unsavory Elements (2013, Earnshaw Books, Shanghai), an anthology about foreign expats in China. Carter contributed photographs to a critically acclaimed Chinese-language travelogue authored by his wife Hong Mei about their year backpacking together across India. Most recently, he penned the illustrated biography An American Bum in China (2019, Camphor Press, Taiwan). Tom Carter was born and raised in the City of San Francisco, graduated with a degree in Political Science from the American University in Washington, D.C., and has called China home since 2004.

4.3 out of 5 stars
4.3 out of 5
125 global ratings
How are ratings calculated?
To calculate the overall star rating and percentage breakdown by star, we don’t use a simple average. Instead, our system considers things like how recent a review is and if the reviewer bought the item on Amazon. It also analyzes reviews to verify trustworthiness.

Jeannie Lin
5.0 out of 5 stars A view of China unlike any other
Reviewed in the United States on August 2, 2010
Verified Purchase
I was drawn to Tom Carter's work after reading an Amazon list description he'd written that indicated a deeper understanding of Asian culture and society. I was compelled to buy this book after seeing that, unlike the coffee table books with sweeping views of rice paddies and mist-covered mountains, China: Portrait of a People focuses on a close-up and intimate look at the many cultures and ethnicities across all of China.

Carter traveled through 33 provinces and documented his journey with incredible one-of-a-kind photos of the young, the old, city folk, and rural villagers. I spent hours flipping through the pictures. They are not all pretty -- there are startling images of poverty and hardship. The gap between the standard of living in different areas of the country can be clearly seen. Yet there is a raw beauty to it all through the unfiltered lens of Carter's camera.

The pictures show people living their everyday lives. You see them in the streets, by the rivers, in nightclubs and in temples. We get to peek into the myriad of encounters big and small that must make up such a journey. The resounding message is that the Chinese people are a vast mix of distinct cultures and histories and China is a world onto itself. I have already revisited the book several times. The images are ones that stay with you and I feel privileged to experience this incredible adventure vicariously through Tom Carter's eyes.

Old China Books
5.0 out of 5 stars "...journey to undiscovered countries, and boldly go where few have gone before."
Reviewed in the United States on October 2, 2013
Verified Purchase
Tom Carter's photography book CHINA: Portrait of a People (second printing 2013, Blacksmith Books) is a remarkable photo-essay of China today, broad in scope and comprehensive of subject. Even when contrasted with the work of his predecessors, discussed below, there is something more about this book: a remarkable depth of insight, understanding, and feeling that Carter (1973-), an indigent wanderer from San Francisco, acquired for a people whose language he knew only slightly at the time he took the photos. Anyone able to overcome barriers to communication without knowing the language is an extraordinary person.

Of the 100+ reviews on Amazon already posted, many readers regard Carter's Portrait as a surprising view into a "rapidly disappearing" China as the country dynamically thrusts forward into the new millennia. However, as the photos of John Thompson, Felice Beato, and other photographers of the 19th century are my point of departure, their work compared to Portrait illustrates substantially greater changes in China than any since 1949. Memory of more recent changes seems concentrated in metropolitan areas and along the coastlands rather than in the hinterland traipsed by Carter; perhaps such changes appear weighty because of a foreshortened time scale and accelerated development.

It is unusual for a book to be a revelation for such a broad spectrum of readers as CHINA, Portrait of a People has been: besides travelers who have never been to China, and expat residents proud of their knowledge of the country yet unfamiliar with the greater landscape, the book has revealed to native Chinese much of their own country they knew little about. The book expands boundaries, reveals "undiscovered countries," and is likely to rouse from their indifference to China almost anyone who looks through these photos.

Carter's Portrait shows that "China is not just one place, one people, but 33 distinct regions populated by 56 different ethnicities, each with their own languages, customs and lifestyles." We are told that the author backpacked 56,000 miles and visited over 200 cities and villages to gather material for this book, suffering privation, discomfort, and disease to complete this essay. The final result obviously made every step of his journey worthwhile.

This review is continued at the Old China Books book blog - blog.oldchinabooks.com

ChuckDancer
5.0 out of 5 stars China
Reviewed in the United States on August 26, 2014
Verified Purchase
Very interesting and very worthwhile portrait book of China and its people. I first saw this book in my library and enjoyed it so much I had to get a copy for my home. The book is smallish length and width wise but thick and sturdily bound. Inside are short essays on the people of each province of China accompanied by a profusion of full color photos of the people the author met while traveling in that particular province. What is so captivating is the intimate connection the author was so often able to make with the people he met and photographed. As a result of his people skills we are able to experience these people as they live in such a faraway portion of our world. It is a book that I have reviewed again and again.
Read more
Helpful
Report abuse
See all reviews

Raymond
3.0 out of 5 stars Not what it seems.
Reviewed in Canada on August 19, 2015
Verified Purchase
What nobody mentions, is that the book is the size of a CD-ROM case, and as thicker than the New Testament, which makes it very uncomfortable to read. The contents have good introductions, and the photos are fine, but it should be noted that all photos was taken with a point and shoot, and despite most f them being nice photographs, the quality of high resolution photography is vacant.
Read more
One person found this helpful
Report abuse

Vaibhav Sunder (वैभव सुँदर)
4.0 out of 5 stars Spectacular
Reviewed in India on March 10, 2019
Verified Purchase
Such good photos of the country lesser known to most of us
Read more
Report abuse

ミホ
5.0 out of 5 stars ナショナル・ジオグラフィックよりも良い！
Reviewed in Japan on March 7, 2011
Verified Purchase
私はいつもナショナル・ジオグラフィックは最高の旅行の写真だと思っていたがトム・カーターさんの中国：人々の肖像画はナショナル・ジオグラフィックのこれまでの写真を高い標準にまで上げていくものです。この壮大な写真の本は、色鮮やかな文化から観光スポット、時折タブートピックを全33州で示しています。私は他の写真家はこれまで、この本よりも上を行く者はいないと思います。私は中国への旅行を考えている人には誰でもこれをお勧めします。
Read more
One person found this helpful
Report abuse
Translate review to English
See all reviews
Back to top
Get to Know Us
Make Money with Us
Amazon Payment Products
Let Us Help You
EnglishChoose a language for shopping. United StatesChoose a country/region for shopping.
© 1996-2022, Amazon.com, Inc. or its affiliates