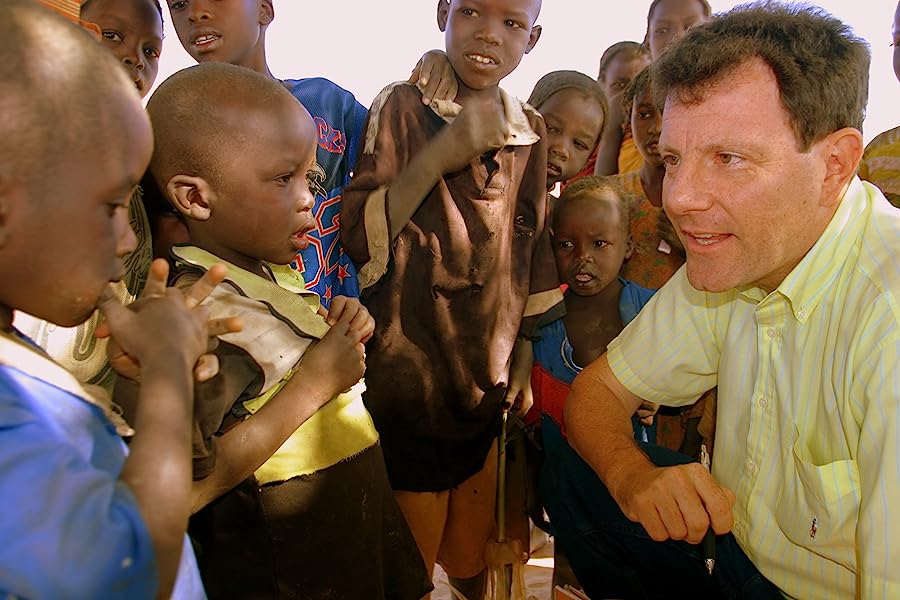 China Wakes: The Struggle for the Soul of a Rising Power Hardcover – August 30, 1994

In one of the best books on contemporary China, Kristoff and WuDunn ponder a central paradox: an explosion of wealth and entrepreneurship in the world's third biggest economy (after the U.S. and Japan) flourishes under a repressive, authoritarian regime. This husband-and-wife team, Pulitzer Prize-winning Beijing correspondents for the New York Times from 1988 to 1993, take us from the Xinjiang region in China's far west, where an Islamic revival threatens Party rule, to occupied Tibet seething with hatred for the Chinese overlords. They report on widespread alienation from the government, massive rural poverty, rampant bribery and corruption, increasing discrimination against women in the workplace, routine abduction and trafficking in women and children. The authors also perceive "the embryo of a civil society" emerging that may one day undermine the dictatorship. WuDunn, who is Chinese-American, writes of her sometimes frustrating search for her native identity in a regimented society pervaded by a "culture of silence." Photos. Author tour.
Copyright 1994 Reed Business Information, Inc.

This thought-provoking analysis of daily life in China is the first book to rival Fox Butterfield's China: Alive in the Bitter Sea (LJ 4/15/82). All the authors are New York Times correspondents, but while Butterfield did five years of graduate work in Asian studies, Kristof graduated from law school and WuDunn has an MBA and a master's degree in public administration. As a result, they analyze China in terms of its progress in the areas of civil rights and business. The authors argue that today's leaders are remarkably similar to those of past dynasties but that, given their entrepreneurial energy, Chinese people are living better now than ever before. In interviews with many different types of people, Kristof and WuDunn (who won a Pulitzer Prize for their reporting on the Tiananmen Square massacre) observe that Chinese society is changing slowly in the face of much blatant injustice. On a positive note, they see China as a nation that is beginning to appreciate the benefits of law over imperial rule. Highly recommended.
--Peggy Spitzer Christoff, Oak Park, Ill.
Copyright 1994 Reed Business Information, Inc.

A vivid and thoughtful portrait of China by a Pulitzer Prize- winning husband-and-wife team of New York Times correspondents formerly in Beijing. Allowing for the complexity of the task, and for the sad record of China watchers (almost all of whom, for example, were unaware of the greatest man-made famine in history, which followed the so-called Great Leap Forward at the end of the 1950s and killed 30 million people), Kristof and WuDunn puzzle over the great paradox of present-day China: that, amid all the signs of a dying political dynasty, there flourishes one of the most buoyant economies in the world. All the signs of the death of the Communist Party era are visible: the alienation of the people; the loss of belief in the ideology even among the Party elite; the loss of control over information; and the growth of competing centers of power. It is a regime that has ``the worst public relations sense of any major government in the world'' and is ``too corrupt, too rotten, to be very successful at being totalitarian.'' And yet, in bringing industry to the rural areas, Deng Xiaoping unleashed a second agricultural revolution which--largely by removing Party control and instituting a regime closer to that of Dickensian England--brought about an annual growth rate of 13% in 1992 and 1993. This rate, as the authors point out, is unsustainable, but it has already raised more than 100 million Chinese out of poverty. With due recognition of the fallibility of the experts, the authors think that the most likely scenario is one of peaceful evolution, along the lines of Taiwan. The authors may not always be quite as skeptical of statistics as one would like, but this is a hard-headed, clear analysis filled with anecdote and vivid reportage. -- Copyright ©1994, Kirkus Associates, LP. All rights reserved.
Read more
Start reading China Wakes: The Struggle for the Soul of a Rising Power on your Kindle in under a minute.

4.3 out of 5 stars
4.3 out of 5
46 customer ratings
How does Amazon calculate star ratings?
Amazon calculates a product’s star ratings based on a machine learned model instead of a raw data average. The model takes into account factors including the age of a rating, whether the ratings are from verified purchasers, and factors that establish reviewer trustworthiness.
Top Reviews

Benjamin Gaines
5.0 out of 5 stars Well worth your money & time investment!
Reviewed in the United States on October 5, 2016
Verified Purchase
I'm only half way through it, but I find it fascinating. Hard to put it down. So much interesting and valuable information in it. I think anything that either of them have written would be worth getting and reading. I am certainly going to try and read other things they have written, such as "Thunder form the East". Well worth the money you would spend and time you would invest to read it. Not a waste of your time, even though it was published a few years ago.
Read more
One person found this helpful
Helpful
Comment Report abuse

Houman Tamaddon
5.0 out of 5 stars Great book if you want to understand China
Reviewed in the United States on November 7, 2007
Verified Purchase
If you are planning a trip to China or want to get a deeper understanding of China, I strongly recommend this book. The book is written by this smart married couple. Every other chapter is written by each one of them. They both give the reader a well-balanced and analytical look at modern China. Some say the book is out-dated but I think a lot of it still applies to current China and if you want to understand this country then it is important to understand those critical years in Chinese history that Kristoff and Wudunn write about.

I read several books before embarking on my trip to China. My wife and I both agreed that this was the most educational and interesting of all the non-fiction books.

For fiction, I recommend books by Ha Jin.

Jeff Sweeney
5.0 out of 5 stars Indispensable aid to understanding China's resurgence
Reviewed in the United States on May 5, 2008
Verified Purchase
At the recommendations of friends, my wife and both read China Wakes before taking a 3 week tour of China in March 2008. We were sensitive to issues we might not have been. Their insights appeared to us to be "right on." This is a great book whether or not one plans to head to China because China is continually in the news and China affects us all.
Read more
3 people found this helpful
Helpful
Comment Report abuse

PBarber
4.0 out of 5 stars Enlightening
Reviewed in the United States on January 10, 2010
Verified Purchase
I'm still in the early stages of reading this book, some of the chapters are boring, but the majority is not, it seems like the further I get into the book the interesting it gets, it's just that some of the early parts or boring, but I love reading about the deep dark secrets of China, I will read it to the end. Good Read!
Read more
One person found this helpful
Helpful
Comment Report abuse

Amazon Customer
5.0 out of 5 stars Five Stars
Reviewed in the United States on December 2, 2015
Verified Purchase
Again it is a factual book.
Read more
Helpful
Comment Report abuse
See all reviews from the United States