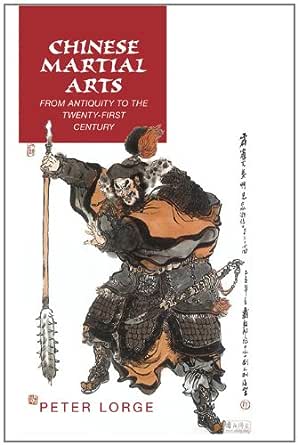 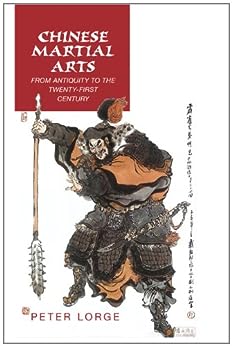 In the global world of the twenty-first century, martial arts are practiced for self-defense and sporting purposes only. However, for thousands of years, they were a central feature of military practice in China and essential for the smooth functioning of society. This book charts the history of combat and fighting techniques in China from the Bronze Age to the present. This broad panorama affords fascinating glimpses into the transformation of martial skills, techniques, and weaponry against the background of Chinese history, the rise and fall of empires, their governments, and their armies. Quotations from literature and poetry, and the stories of individual warriors, infuse the narrative, offering personal reflections on prowess in the battlefield and techniques of engagement. --This text refers to the printed_access_code edition.

Peter A. Lorge is a Senior Lecturer of History at Vanderbilt University. He is the author of War, Politics and Society in Early Modern China, 900-1795 (2005) and The Asian Military Revolution: From Gunpowder to the Bomb (2008). --This text refers to the printed_access_code edition.

3.9 out of 5 stars
3.9 out of 5
24 global ratings
How are ratings calculated?
To calculate the overall star rating and percentage breakdown by star, we don’t use a simple average. Instead, our system considers things like how recent a review is and if the reviewer bought the item on Amazon. It also analyzes reviews to verify trustworthiness.
Top reviews

Max Berckmans
1.0 out of 5 stars A intellectual fraud
Reviewed in the United States on May 15, 2020
Verified Purchase
This book is about Chinese Military History and not specifically about Chinese martial arts.
This work lacks academic methodology.
It is based on opinions and not based on questions.
Peter A. Lorge knowledge and understanding of Chinese martial arts is amazingly poor.

forever
4.0 out of 5 stars Excellent Research Into Facts and Myths of the Chinese Martial Arts
Reviewed in the United States on April 4, 2012
Verified Purchase
The author has done a great job going through the historical records (and it turns out that there are plenty of those) to investigate the origin and development of the Chinese Martial Arts (CMA) over several thousand years of that country's history. A lot of effort was dedicated to establishing the truth and separating facts from myths (there are plenty of those as well). Some of the topics that I found especially interesting were the discussion of the origin of the martial arts, their connection (or rather the lack thereof) with Buddhism and Daoism, the role of Shaolin, the role of the warrior-monks, and the evolution of weapons. I think that anyone who is interested in the CMA would find the book helpful and informative. However, if you are looking to read some flowery legends that surround the CMA, prepare to face the facts. They are not pretty!
Read more
11 people found this helpful
Helpful
Comment Report abuse

Bernard Kwan
5.0 out of 5 stars Fact and Evidence Based analysis of CMA
Reviewed in the United States on June 4, 2012
Verified Purchase
I was a little sceptical of the title and whether Professor Lorge could do such a vast topic justice. But it goes to show you should never judge a book by its cover, and luckily enough I had enough trust in Cambridge University Press to take a chance on this book. Peter Lorge is a historian of 10th and 11th century Chinese at Vanderbilt University, with a particular interest in Chinese military, political and social history. This book is written from an academic perspective and seeks to given an overview of the development of the Chinese Martial arts (in the broadest sense) from prehistory to the present day. It is not light reading, but should be quite accessible to an educated reader, although a good grounding in Chinese History is also helpful.

This book differs markedly from other more popular texts in that Professor Lorge, from beginning seeks to ground his arguments in solid textual and archaeological evidence and aims to deflate some of the myths regarding Chinese martial arts. And in the early centuries from the Shang Dynasty up to the Han, this approach is highly effective as he is able to put together a convincing case for the development of CMA which parallels the development of weapons on the battlefield, such as the evolution of the sword and longsword, and the replacement of the halberd by the spear on the battlefield.

From an archaeological perspective, he traces how there is a period of great variety and innovation when a new weapon type is introduced, as the military and martial artists come to grips with the strength and weaknesses of the weapon, followed by a period of mass standardization, and finally by a period of personalized customization where the weapons are again tailored to the attributes of the user, spawning many variants. And in the early centuries, despite the association of arts such as archery with personal cultivation, it is the military and wars that drive the development of the martial arts.

From the Tang Dynasty onwards his main argument is while the military remained an important part in the development of Chinese martial arts, the needs of the military are necessarily constrained by needs of standardization and the ability to act effectively in formation. Instead it is through the medium of performance and dance that martial arts evolved into the myriad schools that we see today. His argument being there is a fixed universe of techniques that are effective martially and the choice of which techniques to emphasize and to drop were originally driven by aesthetic concerns, in order to present something that remained interesting to the viewer and these sets developed into given schools.

Besides being a military historian, Lorge is also a social historian and from this perspective he also delves into many themes that broaden our understanding of CMA, such as the role of women, the difference between steppe warfare and southern warfare, the need for the government to balance a need to maintain a monopoly over violence and the need to have an effective pool of skilled soldiers to draw upon and the need of local elites to ensure security in a violent world.

In the final part of the book, Lorge deals with the decisive confrontation between the Chinese martial arts and western power. And what is interesting is that he convincingly shows us that unlike in Japan, the use of gunpowder and guns had remained widespread through the Ming and Qing dynasties but could not match European technology. Although Lorge is a martial artist, his background is not in the Chinese arts so he is able to view CMA with a degree of emotional detachment, which is necessary for slaughtering sacred cows. For instance he plays down the importance of the Shaolin Temple, and cites political reasons for the rise of internal martial arts, such as Taiji, Bagua and Xingyi. But even when he goes against the grain, he does in a most polite manner and leaves room for alternative explanations.

It took me some time to work my way slowly through the book as there were many fascinating ideas and anecdotes that I needed to take time to ponder and digest. The style begins in quite dry logical manner in the early chapters (along the lines of thesis - support - implications - conclusion - new idea) but begins to pick up the pace in the later chapters, but this could also be a constraint of the source material at hand. Lorge also shows an interesting choice in his use of vocabulary, with some less common words used repeatedly such as "ecumene" and his choice of sword for '"Dao" and longsword for "Jian"'. Another choice that he made was the use of knightly class, which then changed to literati in the later chapters for '"Shi". This sometimes made for a little bit of confusion, but it is not fatal to the enjoyment of the book.

But all in all this was an impressive addition to the field of research on the development of Chinese Martial Arts and is one of those that should be on the bookshelf of anyone with a serious interest in martial arts.

However, as a whole, I still find it very scholarly, and very persuasive. It truly is groundbreaking, especially for one with an interest in the historical background of the Chinese martial arts, and their rooted connections to the military.
Read more
Helpful
Comment Report abuse

B. J. Smith
5.0 out of 5 stars Fantastic, thoroughly researched and intriguing to read.
Reviewed in the United States on April 24, 2014
Verified Purchase
Lorge has filled a major gap for the English reading public and scholars by offering a history of the evolution of Chinese martial arts which is thoroughly grounded in a multidisciplinary approach including archaeology, anthropology, historical literature, and a keen grasp of places where misconceptions are commonly born from. On top of all this I found it a pleasure to read. If you wish to know the history of Chinese martial arts for any reason, scholastic, martial, or otherwise, you owe it to yourself to buy and read this book.
Read more
Helpful
Comment Report abuse

EvoNAP
5.0 out of 5 stars Great Read
Reviewed in the United States on December 14, 2012
Verified Purchase
The author does a great job in introducing and giving you an overview of actual Chinese Martial Art history. He points out the good and bad things that have happened over the years and tells it like it is. It also might dispel some myths that people have of Chinese Martial Arts. The book is a fairly light and short read and because it seems more like a quick overview it left me wanting more!

But other than wanting more, I thought the book was awesome.
Read more
3 people found this helpful
Helpful
Comment Report abuse

Amazon Customer
5.0 out of 5 stars Fantastic eye opener
Reviewed in Canada on August 31, 2017
Verified Purchase
A little slow at the start, but picks up very well half way through and by the time i was finished I was left wanting more. could just be me, not used to such an academic style on the subject, but there is refreshing clarity and honesty here. Any one training in Chinese martial arts needs to read this. Great book!
Read more
Report abuse
See all reviews