You've subscribed to The Swiss Chocolate Series! We will preorder your items within 24 hours of when they become available. When new books are released, we'll charge your default payment method for the lowest price available during the pre-order period.
Update your device or payment method, cancel individual pre-orders or your subscription at
Your Memberships & Subscriptions
There was an error. We were unable to process your subscription due to an error. Please refresh and try again. 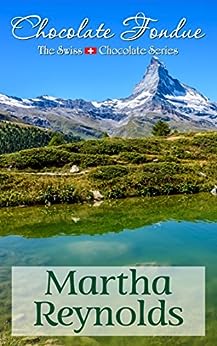 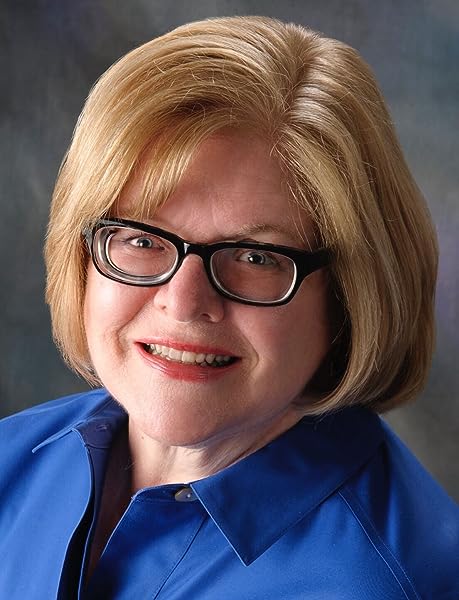 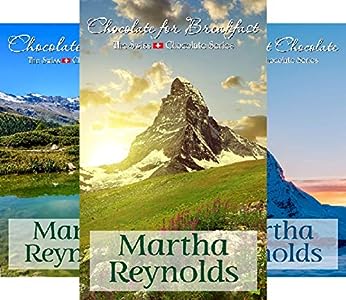 Martha Reynolds is the author of seven novels, including the Amazon bestsellers Chocolate for Breakfast, Bits of Broken Glass, and Best Seller. Her writing has appeared in Magnificat magazine and her very short poem was read by journalist Connie Schultz during NPR’s Tell Me More poetry challenge. She and her husband live in Rhode Island, never far from the ocean. --This text refers to the paperback edition.

GirlsWhoWearGlasses
4.0 out of 5 stars Delectable!
Reviewed in the United States on November 20, 2013
Verified Purchase
'Chocolate for Breakfast' was my introduction to Martha Reynolds, and I loved it. In 'Chocolate Fondue,' I learned just how versatile Reynolds is. The first installment in this series is the sort of coming-of-age tale that gathers you in slowly, but the sequel is a fast-paced tale of love, lust, betrayal and reconciliation. Reynolds manages to keep such heavy fare light, and the pages turn themselves. I won't say much more, because personally I was delighted to allow the story to unfold without knowing specifics about the plot. I found in this novel many traits and characteristics of people I knew - some whom I love dearly, others I've learned to keep carefully at bay. Reynolds' grasp of how interactions between different personality types are the axis on which fiction spins is evident here. I was thrilled to join Bernie as she continues to follow her meandering path through life, now with a determination to exercise some more careful control, while still allowing her heart to open to the possibility of true love.
Read more
One person found this helpful
Helpful
Report abuse

B. Brown
4.0 out of 5 stars Wonderful Follow-Up
Reviewed in the United States on July 17, 2013
Verified Purchase
CHOCOLATE FONDUE is a great follow-up to Reynolds' debut novel, CHOCOLATE FOR BREAKFAST. I was glad to reacquaint myself with the characters, 23 years after the main events in CFB. Once again, Reynolds takes us to Switzerland, but this time, we experience events through the eyes of several different characters, including the sweet Michel, the conniving Nani, and--as usual--the intrepid Bernadette. Reading this book was like catching up with old friends and making some new ones. It was a sweet, relaxing summer read, and I hear the author is working on a third book in the series. I'll be reading that one, too!
Read more
2 people found this helpful
Helpful
Report abuse

LeslieSnowPiver
5.0 out of 5 stars Chocolate Fondue by Martha Reynolds.
Reviewed in the United States on April 12, 2013
Verified Purchase
I love when I open a book, and jump right into the story, this is what Martha does for us in this book. This book flowed easily, but having some juicy plots, which keeps you reading to see what happens. Personally, I could not put this book down. Love that she describes her characters so that you can visually see them as she has written. Not to give the book away, but the ending could not be any better!
I love that she is describing little towns around Switzerland! I just felt like I had a little vacation there.
I recommend this book to all! Take a mini vacation and read this one. Well done Martha!
I look forward to reading many more of your books.
Read more
2 people found this helpful
Helpful
Report abuse

iron cupcake
5.0 out of 5 stars Enjoying Book 2 from Martha Reynolds.
Reviewed in the United States on July 9, 2014
Verified Purchase
Really enjoying this series from Martha Reynolds. It's a little out of my genre wheelhouse, but I truly enjoy her writing style and voice. The main character Bernadette is a character you root for, she seems to have been sidetracked in life and I am happy to see in Book #2 that she gets a little happiness in her life. Great characters, interesting topic and I'm interested in seeing how it all ends. Looking forward to more Martha Reynolds books.
Read more
One person found this helpful
Helpful
Report abuse

Bronx Girl
5.0 out of 5 stars What's better than chocolate for breakfast?
Reviewed in the United States on May 22, 2013
Verified Purchase
No, not chololate for lunch or dinner. Chocolate Fondue. The author's first book Chocolate for Breakfast was a hit, but this one really shines. This second book will introduce you to some of the characters of the first book when their story began in Friborg many years before. This new book weaves in many new characters and gives you a sense of the road the original characters took in their lives. I especially liked the ending and how "what goes around, comes around." This author has worked hard at establishing herself and it shows in her "real life fiction." She has a real gift for her description of her characters. Great summer reading that transports you to a place you will want to visit, even if it is just in the pages of her books.
Read more
One person found this helpful
Helpful
Report abuse

Violet
5.0 out of 5 stars Great sequel to Chocolate for Breakfast!
Reviewed in the United States on May 12, 2013
Verified Purchase
I fully enjoyed both "Chocolate for Breakfast" and "Chocolate Fondue." I liked following Bernie into adulthood to understand how her decision shaped her life. I laughed and cried from RI to Fribourg and back again. So fun to read a novel with characters from my home state. Martha describes Switzerland with such clarity that not only do I feel like I've been there, but I also want to return. Can't wait for the next story. :-)
Read more
One person found this helpful
Helpful
Report abuse

Lori T.
5.0 out of 5 stars Better than the first!
Reviewed in the United States on May 2, 2013
Verified Purchase
Chocolate Fondue was a delightful sequel to Chocolate for Breakfast! I was thrilled that Reynolds decided to write a sequel; I wanted more after reading the first novel. She does an excellent job of filling in details from the first book, so if you didn't read it, not to worry. You can catch up. This book brings in some wonderful characters. Reynolds descriptions make you feel like you know the characters and are visitng Switzerland, Rhode Island and New York. The plot twists and turns make it an enjoyable read and it wasn't predictable.

Keep on writing! I look forward to more from this author.
Read more
One person found this helpful
Helpful
Report abuse

AnnE.
5.0 out of 5 stars Wonderful sequel
Reviewed in the United States on August 8, 2013
Verified Purchase
I loved the first book in this series and was not disappointed in this one. It was fun getting re-acquainted with the characters from Chocolate for Breakfast and getting to know the new characters in this book. I read this one in one setting also because I didn't want to put it down, and I am eagerly looking forward to the third book in the series.
Read more
One person found this helpful
Helpful
Report abuse
See all reviews

Wendy J
4.0 out of 5 stars A satisfying sequel
Reviewed in the United Kingdom on September 8, 2013
Verified Purchase
Bernadette Maguire is on vacation with her aunt in Fribourg, Switzerland. She sees a young man who she knows must be the son she gave up for adoption twenty-three years previously when she spent a year there as a student. Should she announce to Michael who she is or walk away without saying a word, or will his colleague, Nani, reveal the secret?

I was so keen to find out what happened to Bernie after I'd finished reading the first book in this series, "Chocolate for Breakfast", that I purchased this sequel straight away. However, I always approach a sequel with a little trepidation. Will the author manage to bring new readers up to speed without boring those who read the first book? Martha Reynolds pulls this off with aplomb.

The first few pages take you right to the heart of the story, engaging your sympathies and your interest by presenting Bernie and her dilemma in a way that is both touching and very enjoyable to read. You are also immediately dropped right in the middle of Michael's life, and his love for his family, particularly his pregnant wife, shines out. The issues surrounding adoption are sensitively handled, and there's a letter which Michael sends to Bernie that stands out as a high point in the story.

Although initially the spiteful Nani brings a touch of grit and contrast to the book, later, the role she and her boyfriend play begins to feel just a little contrived to me. Much more successful are the dovetailing of Bernie and Michael's lives and the portrayal of Bernie's developing relationship with an old friend. The author's style is always easy and entertaining to read, and the story has an ending that is simply delightful.
Read more
One person found this helpful
Report abuse
See all reviews
Back to top
Get to Know Us
Make Money with Us
Amazon Payment Products
Let Us Help You
EnglishChoose a language for shopping. United StatesChoose a country/region for shopping.
© 1996-2021, Amazon.com, Inc. or its affiliates