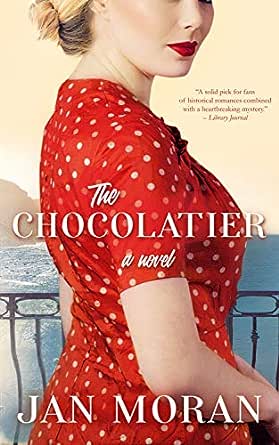 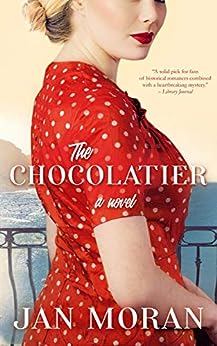 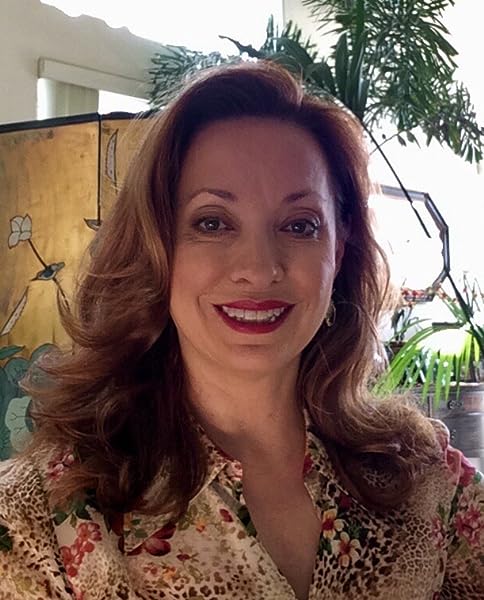 The Chocolatier: A Novel Kindle Edition

"Readers will devour this page-turner as the mystery and passions spin out. VERDICT: A solid pick for fans of historical romances combined with a heartbreaking mystery." - The Library Journal

"We were spellbound by the thread of deception weaving the book's characters into a tangled web, and turned each page anticipating the outcome." - The Mercury News

"A delicious novel that makes you long for chocolate." - Ciao Tutti

"A feel-good book in which the love between family members and the love for chocolate is central." -- About My Bookshelf

"A wonderful, smoothly written. The love of chocolate drips from the page. Full of intrigue, love, secrets, and romance." Lekker Lezen

"A novel that gives fans of romantic sagas a compelling voice to follow." - Booklist</p <em> --Booklist --This text refers to the paperback edition.

Jan Moran is a USA Today bestselling author of women's fiction. She writes stylish, uplifting, and emotionally rich contemporary and 20th-century historical fiction. Midwest Book Review and Kirkus have recommended her books, calling her heroines strong, complex, and resourceful. Visit her at JanMoran.com and join her Reader's Club. Her books are also translated into German, Italian, Russian, Portuguese, Dutch, Polish, Turkish, Bulgarian, Lithuanian, and other languages. Jan studied writing at the UCLA Writers Program, sailed on Semester at Sea, and graduated from the University of Texas and Harvard Business School. She lives near the beach in southern California. --This text refers to the paperback edition.

4.5 out of 5 stars
4.5 out of 5
341 global ratings
How are ratings calculated?
To calculate the overall star rating and percentage breakdown by star, we don’t use a simple average. Instead, our system considers things like how recent a review is and if the reviewer bought the item on Amazon. It also analyzes reviews to verify trustworthiness.

Cassie's mom
5.0 out of 5 stars Best book of 2020!?
Reviewed in the United States on February 13, 2020
Verified Purchase
Oh my! There are a few things that you need to know about this book:

Listen to it in audio- the narrator is fantastic and you will immediately get sucked into this story.
Purchase a physical copy of this book as you will want to reread and savor each page.
Have chocolate handy- preferably decadent, fruit-filled truffles but really any chocolate will do.
Be prepared to want to travel.
Read Jan Moran’s entire back list catalog of novels!

Katy_the_reader
3.0 out of 5 stars Great Story Line Buried by Romantic Pablum (3.5)
Reviewed in the United States on April 18, 2020
Verified Purchase
This book started out fantastic, as a lover of chocolate and the Amalfi Coast, the first few chapters had me hooked. Celina, a young widow in San Francisco, is mourning her husband's death and trying to make a life for herself and her little boy. She is written as a smart, independent woman, which is why the minute she hits Italy, I was disappointed at the turn of events.

That said the descriptions of life on the Amalfi Coast were wonderful and brought me back to a vacation I spent in Sorrento, but unfortunately the romance story for me was too sickeningly "perfect" and excuse me for saying but downright creepy, Hopefully not giving anything away but why in the world would a brother who just learned his brother had died, hit on his widow whose husband had died 6 months before? I am the only one who thinks this is not romantic but creepy??

The 3.5 stars are for the way the author has written about life in Italy, the main story line which honestly would have been enough without the romance and the description of the chocolate, the food and the love the family showed each other..
Read more
13 people found this helpful
Helpful
Comment Report abuse

Deanna S.
5.0 out of 5 stars Beautifully written, mesmerizing.
Reviewed in the United States on March 7, 2020
Verified Purchase
Family secrets, romance, and mystery abound in THE CHOCOLATIER, a beautifully written novel by Jan Moran.

When Celina, a young widow with a son, decides to go to Italy to meet her deceased husband’s family for the first time, she has no idea what secrets she is about to uncover. She is welcomed by her husband’s parents, but his brother is leery of her, believing she may be a fraud wanting to claim money from the family fortune. In truth, she has no idea of the lies she’s been told or the secrets that her deceased husband held.

THE CHOCOLATIER takes you on a journey from San Francisco to the beautiful coast of Italy in the years after WWII. You fall in love with Celina and her son as you learn of her past as well as her love affair with her husband. And when she finally makes the decision to meet her deceased husband’s family, you hope for only the best outcome for her. But there is so much more happening below the surface, as you learn hidden truths along the way with Celina. Beautifully written, mesmerizing. Those who love novels by Danielle Steel or Kristin Hannah will enjoy this story.
Read more
7 people found this helpful
Helpful
Comment Report abuse

Ozmatoo
3.0 out of 5 stars Predictable
Reviewed in the United States on April 27, 2020
Verified Purchase
It was sweet, but nobody's character felt strong enough. It was too easy to guess what happened, from the first two or three chapters. (In fact when Celina meets her husband for the first time and is also intrigued by his friend, that was a big clue). The rest was quite predictable. Frankly, even though the brother was a bad tempered oaf, I would think the parents would have been a little more careful about instantly letting a stranger into their life without a full investigation. They were quite rich, and anyone could take advantage of that. People actually too sweet. Meh!
Read more
7 people found this helpful
Helpful
Comment Report abuse

Lisa
3.0 out of 5 stars Enjoyable but Predictable
Reviewed in the United States on April 4, 2020
Verified Purchase
This book is a light, easy read, predictable with an enjoyable storyline. There was, however, little character development and a great deal of character swings and mood shifts (spoiler example: Lauro suddenly went from being suspicious of Celina to being in love with her...bam!) No build-up there. Again, a light little story, and not one to make you think much about things.
Read more
8 people found this helpful
Helpful
Comment Report abuse

Adrienne A. Whyte
5.0 out of 5 stars Great Love Story!
Reviewed in the United States on February 15, 2020
Verified Purchase
After reading the Sunset Beach series, I decided I had to read this book too. I read it in a day. Eager for a happy ending for Celina and everyone in the family, I couldn’t put it down. I’m not a big fan of romance novels. Call this one educational with some romance thrown in to satisfy every taste.
Read more
8 people found this helpful
Helpful
Comment Report abuse

Laura K
5.0 out of 5 stars Romantic Mystery You Won't Want to Put Down
Reviewed in the United States on February 17, 2020
Verified Purchase
This was a wonderful read. I fell in love with the main character, Celina, and her desire to always do the right thing. There were many surprises, so even when I thought I had it all figured out, the confirmation I'd get came with something unexpected. I started reading the book this morning, and unfortunately, couldn't put it down, so now I got absolutely nothing accomplished all day! (Except finishing the book...)
Read more
6 people found this helpful
Helpful
Comment Report abuse

KathyM
5.0 out of 5 stars Breathtaking & Spellbindiing!
Reviewed in the United States on February 10, 2020
Verified Purchase
One of the best books I have ever read! The layering, the subtle hints woven throughout. I could not put it down!! I even had my non-reader husband waiting to find out what would happen! A true treasure...not one step or word missed! Thank you!!!
Read more
5 people found this helpful
Helpful
Comment Report abuse
See all reviews