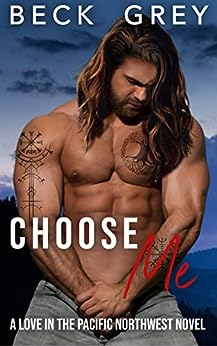 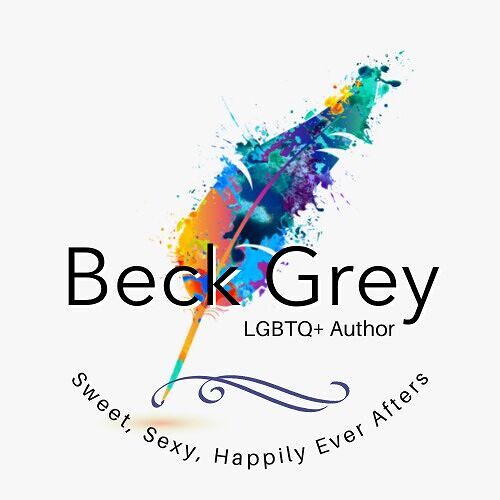 Choose Me: Love in the Pacific Northwest Book 3 Kindle Edition

by Beck Grey (Author) Format: Kindle Edition
Book 3 of 3: Love in the Pacific Northwest
See all formats and editions
Sorry, there was a problem loading this page. Try again.

I’ve been in love with my brother’s best friend since I was twelve, and twenty years later, Erik Osouf is still so far out of my league, we aren’t even playing the same sport. Not that I play sports. That means talking to people, and my social anxiety makes that all but impossible.

It also makes my brother incredibly overprotective, and while I love that Stef always has my back, it’s why I still can’t tell Erik how I feel. It would wreck their friendship, and after everything Stef’s done for me, I won’t ever be the cause of that. I just wish my heart would get that memo.

For years I thought of Jules Evans as the quiet, sweet kid who regularly crushed me at Mario Kart, and let fireflies loose in our camping tent. Then he accidentally admits he’s in love with me. He doesn’t remember saying anything, and I’d never embarrass him by mentioning it, but since then I can’t stop thinking about kissing him.

If it was anyone else, I’d probably have told them how I feel by now. But he’s my best friend’s younger brother. The same best friend who told me Jules is off-limits. That makes this all kinds of impossible. Unless I can convince them both I’m the right man for Jules.

Choose Me is a 70,000 word low angst, brother’s best friend, contemporary MM romance about flawed but devoted families, taking chances, and sweet cinnamon roll Vikings. It contains no cheating, and a guaranteed HEA.

When I’m not writing, I love laughing with friends, drinking red wine, printing and painting minis, and playing D&D because, yeah, I’m that much of a nerd. There might even be RPG video games, and if there’s cake involved at any point it’s an automatic win!

Dkm2014
5.0 out of 5 stars Friends to lovers, low-angst, beautiful romance - review by Janet Kraner Morse
Reviewed in the United States 🇺🇸 on November 22, 2022
Verified Purchase
Jules has been in love with his brother’s best friend since he was fourteen years old. And Erik has felt a pull toward Jules for almost as long. But Erik moved away after graduating from college and Jules has only seen him rarely since then. Now, Erik is back from Arizona to start on a new business venture. And he’s back in Jules’ orbit again.

Jules deals with crippling social anxiety and Erik has always been a safe place for Jules. As they begin to act on their intense attraction and deep love for each other, they must deal with Jules’ brother, who doesn’t approve of the relationship, Erik’s siblings, who heighten his own anxiety with their fighting, and Jules’ new boss, who is completely insensitive to Jules’ needs.

This book is written with such love in every word. From the sensitive and careful way that the author writes about social anxiety, to the way each character, from Jules and Erik, to Erik’s siblings, Jules brother Stef and their crew of friends, is crafted fully and completely, this book is an absolute gem. As someone who deals with anxiety every day, I so deeply appreciate how well it is handled in this story. Beck Gray has written a truly gorgeous story and I’m here for every word.

LIK
5.0 out of 5 stars Jules and Erik
Reviewed in the United States 🇺🇸 on December 8, 2022
Verified Purchase
I LOVE this book.
Jules has been in love with his older brother's best friend since he was young. Erik has been attracted to Jules for years, but a family tragedy and ensuing problems and Erik's belief that Jules brother didn't want them together caused Erik to leave the state for 14 years. He returns home and is determined to make Jules his forever. This is compounded by Jules severe social anxiety and his belief that no one, especially Erik could love him. This book has everything.... great story, humor, angst, great sex and a HEA.
Read more
Helpful
Report abuse

Katey G
5.0 out of 5 stars I feel seen…
Reviewed in the United States 🇺🇸 on November 25, 2022
Verified Purchase
I also have debilitating anxiety. I feel seen in a book character. I’m also feeling jealous because everyone needs an Erik. Seriously. Holy crap! I’m so invested in every single one of these characters, in this little story.. I’m dying already because I need more. This book was perfectly sweet and just the right amount of spicy. I hate the way Jules’ work wound up going, but know in the next book we will hopefully see him thriving. Aaaand that’s already too much of a spoiler, so I’ll just say if you’re unsure, don’t be. This book was worth the read.
Read more
Helpful
Report abuse

R
5.0 out of 5 stars Chosen
Reviewed in the United States 🇺🇸 on November 23, 2022
Verified Purchase
Another great read by Beck Grey. This one was full of all the adoring sweetness a romance needs. I loved Jules in the previous books because we get to see a character so like many of us with anxiety and it was just perfectly done! I absolutely loved this one too!
Read more
Helpful
Report abuse

Megan Nicole
3.0 out of 5 stars This one was a struggle..
Reviewed in the United States 🇺🇸 on November 25, 2022
Verified Purchase
This is a book of struggled and anxiety.

Both of the main characters Erik and Jules suffer from a form of anxiety, but Jules is almost crippled by it. I do like how the author really honed in on how much anxiety can rule your life, I didn't like that it's all the book was about.
Yes, the story was sweet but is it sad that my favorite part of the entire book was Pita the dog? Why didn't Pita get time to really shine! My least favorite character was Sef (Jules brother), yes they portrayed him as being overly protective of Jules and concerned but all I saw was selfish and controlling. Seriously, he constantly pushed Jules into situations to have anxiety attacks, and while there would only talk about himself.
Read more
Helpful
Report abuse

Claire Louisa
4.0 out of 5 stars A lovely low-angst romance
Reviewed in the United States 🇺🇸 on November 25, 2022
Social anxiety and anxiety are things I have lived experience with, thankfully not as bad as Jules, my heart went out to him as I watched him struggle, but I also thought he was a strong person and had achieved more than some in his situation may have. I loved that his brother and friends were so supportive of him, though I found his brother Stef a bit too much and wondered how Jules managed to cope with his outgoing nature and his at times over-the-top protectiveness.

Erik was a sweetheart and I loved how much he cared for and supported Jules, it never felt like too much, he allowed him to stand on his own two feet, but instinctively knew when Jules needed him to step in. If only more people suffering from anxiety disorders had such supportive people around them. Erik has his own issues, with his family and with his own anxiety caused by confrontation, and I loved that Jules was able to be there for him and give him a safe space and someone to lean on.

The relationship between these two has been a long time coming and I hoped with everything that they could get past all the barriers, both real and conceived that stood in their way now they finally have the chance to make things happen. I really did adore these two whenever they were together, there were sweet, funny and sexy moments alongside some serious conversations and open hearts. A lovely low-angst romance.
Read more
Helpful
Report abuse

David Eric N.
4.0 out of 5 stars A good book overall
Reviewed in the United States 🇺🇸 on November 25, 2022
I liked this book but the anxiety issues in the book gave me anxiety at times. The overall book was easy to read and generally a good book but like I said I like books that aren’t overly issue driven. Great characters that were well rounded.
Read more
Helpful
Report abuse

AG
4.0 out of 5 stars Erik and Jules
Reviewed in the United States 🇺🇸 on November 24, 2022
This was such a sweet story. I hated that Erik and Jules struggled to begin a relationship because of Stef's opinion from years ago and were afraid to hurt him but was so glad that they decided to take the plunge because they were perfect together. They supported each other so much and Erik was the perfect calming influence in Jules life.
Read more
Helpful
Report abuse
See all reviews

CJ
4.0 out of 5 stars What a nice soothing story
Reviewed in Australia 🇦🇺 on November 23, 2022
Verified Purchase
How perfect are Jules and Erik as a couple, they are up there with my favourites. It is an easy read, not much drama.

My favourite thing about this book and I so wish other authors did this, is Jules never changed, it was brilliant and he was so real. He was not this guy with anxiety and had a secret sex dungeon or half way through he could talk to anyone, or he went night clubbing by himself etc, no he stayed the loveable anxious person he was the whole way through and Erik loved every bit of him. Well done Beck for keeping it real.
Read more
Report abuse
See all reviews
Report an issue
Does this item contain inappropriate content?
Report
Do you believe that this item violates a copyright?
Report
Does this item contain quality or formatting issues?
Report