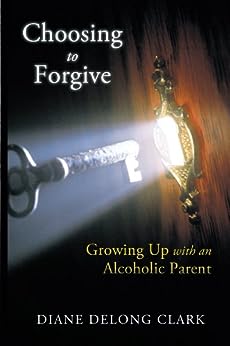 Choosing to Forgive: Growing up with an Alcoholic Parent Kindle Edition

Succinct, to the point, Biblically truthful & poignant. Thank you for sharing your life story from the mature point of view. Not drama queen style , nor blame placing. Not pity poor me, nor angrily. You stated your life in a clear + loving manner.
Your moment by moment perspective, rare insights & your choice to trust Jesus & to forgive unconditionally + purposefully challenges myself+ others to do the same. Just as our precious LORD + Savior did... + still does.
Your husband, Creighton, gave me your book this am. I have read it all, cover to cover.
Walking in Forgiveness is a challenging, moment by moment experience for me. I give my emotional + visceral memories to HIM.
I am resting this week in a cottage of a friend that your husband works for... before going back to deal with my difficult + complex situations.
I trust God with what strength I have. Only in HIM is there any hope or resolution.
Again, I thank you for your insights + help.
In HIM alone, Karol

DIANE CLARK is also the author of a children's story called Jake and Barney-A Tale of Two Kittens, a true story of two gray kittens rescued after being dumped, and From the Heart, a collection of poetry written over a period of ten --This text refers to an alternate kindle_edition edition.