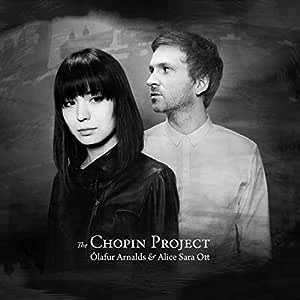 Sold by: OxfordshireEngland
Add to Cart
$17.04

Sold by: Zoverstocks
Have one to sell?
Sell on Amazon

Classical music has always been very much about performance and interpretation - about that moment, in concert, when the performer interprets the composer s music in his own way. Then recording technology came along, and in classical it was all about capturing the live performance in the most accurate way. But I believe that when music has been channeled through all the machinery and processes that are part of making a recording, it is no longer all about that moment. It can t be. The act of recording becomes a ghost performer in itself, reflecting on the result in a way that is often unaccounted for or ignored.
While The Beatles dragged pop music along by starting to use the recording technology as a part of the composition and performance, classical music was left to still somehow aim for the impossible. And the idea of what is considered an accurate and true sound became an unbreakable norm in itself.

This norm never made much sense to me. Why not use the technology we have as not only a tool, but a part of the actual interpretation? Why can t the microphones, the room - the sound - also be a performer? Why would all of these factors need to stay invisible behind the norm of a true recording sound? And why would a good classical piano sound naturally have to be the silvery, brilliant concert grand sound that we have on classical recordings today, while we know that the pianos of the 19th century sounded so very different?

All these are norms that I was interested to test. Alice was the perfect partner in this project. Her recording of Chopin s Waltzes has been a true inspiration for me. We spent a week exploring different microphones, pianos and venues all over Reykjavik, trying to find the perfect constellation for each of her interpretations. And then I tried to put them in a new context with my own recompositions, based on themes from Chopin s pieces. I wanted to make a dynamic and modern album with the originals and recompositions melting together to create one arc, one coherent storyline.

Chopin's music has a very special meaning for me. When I was younger I was playing drums in various metal bands and all I wanted to listen to was punk and heavy metal music. But whenever I visited my grandmother, which I did frequently, she would always make me listen to Chopin. If it had been my parents forcing classical music down my throat at that time of my life I probably would have puked on their face. But I guess out of respect for my grandmother I always listened with her and slowly it started to grow on me.

My last moment with my grandmother was on her deathbed, she was just lying there, old and sick, but very happy and proud. And I sat with her and we listened to a Chopin sonata. Then I kissed her goodbye and left. She passed away a few hours later.

At that point I was already studying classical composition and experimenting, releasing and touring with all kinds of classically inspired music. But Chopin always kept this special place in my heart and I wanted to express that by making his music the center of this project. By looking at his music in a different way, through the prism of recording technique in its different facets and through my own compositions, I didn't intend to question the integrity of Chopin's music. I wanted to find my very personal interpretation, like so many other great musicians have done before me. --Ólafur Arnalds - January 2015