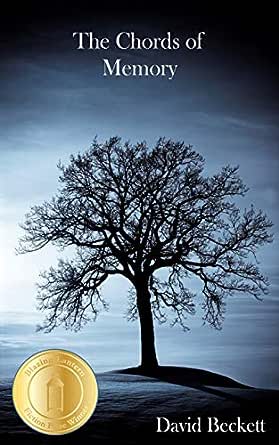 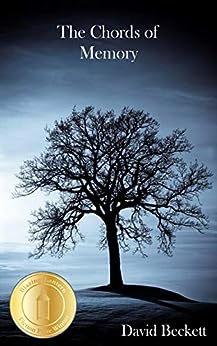 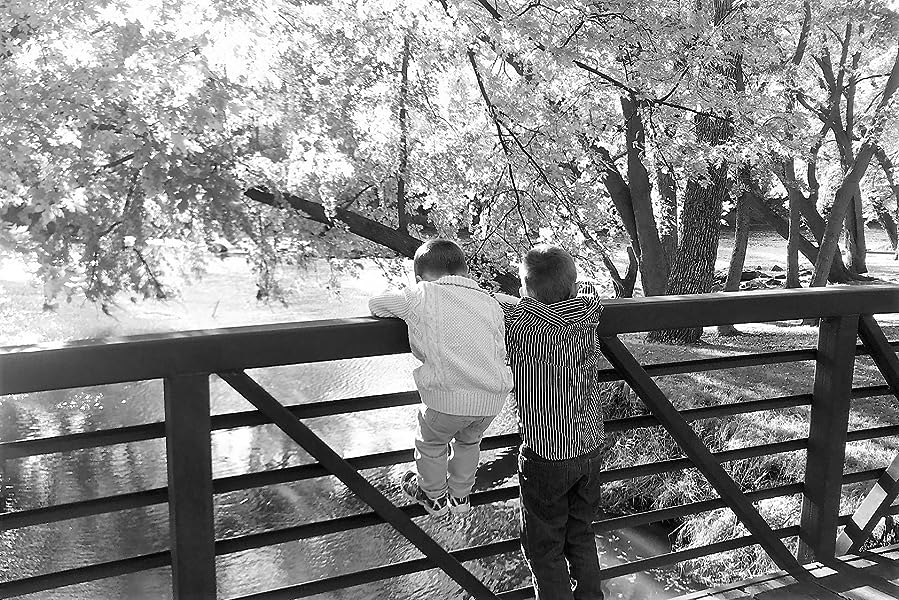 The Chords of Memory Kindle Edition

"Once again, Beckett offers a potent work that engages the heart, delights the mind, and touches the deep spiritual core. True inspiration, as young Finnegan learns, resides in such profound communion."

"Beckett has written an old-school adventure, with shootouts, narrow escapes, gallant heroes and dastardly villains... a book about real people who, for love,protect and defend their fellows. It celebrates brave men and women who loved freedom, who cherished the American Idea. How can we measure love, but that we risk all for it?"  -Brandon Valley Journal

"In an era when it's neither popular nor profitable to challenge establishment orthodoxy, Beckett writes from an strikingly pro-Irish, pro-Immigrant perspective. Committed to resurrect an extinct literary style, the ambitious novel tackles a host of sensitive topics. Beckett cheerfully obliterates the division between historical realism and Gothic romanticism, rushing in where most contemporary authors fear to tread."  © IrishExaminer Ltd. All rights reserved 2017.
"A powerful, relevant epic that reaches across the generations." -Colonel Jim Solomon
"A heart-felt story of love, loss, growth and redemption." -Barbara Smith Conrad, Texas Medal of Arts Award
"Billy Finnegan is my hero!"  -Lt. General Tex Brown, USAF

Praise for the Stationmaster, Thomas Garrett
"A career of dramatic interest from beginning to end, and crowded with experiences and vicissitudes most eventful. One of the best men who ever walked on earth, and one of the most beloved among friends and co-workers who joined in the cause of the oppressed and down-trodden." --William Lloyd Garrison, The Liberator
"A man of uncommon character... An abolitionist from his youth, and though the freedom movement numbered amongst its supporters great poets, sages, and statesmen, it had no more faithful worker in its ranks."
-William Still, The Underground Railroad Records

"A hero in a life-time fight, an upright, honest man, a tender husband, a loving father... a man who loved his neighbor as himself, who never let fear of harm sway him from doing his whole duty to the utmost."
-Frederick Douglass, The North Star

"Certainly, this was a righteous man."
-Lucretia Mott, Eulogy

Commended in 1999 by New York Times' word-maven William Safire (for knowing the difference between predatory and predacious), David Beckett worked in journalism before taking up fiction. Today the Willie Morris Award, Tuscany Prize, IPPY Award, and Blazing Lantern Medal winner lives on a fine South Dakota lake where Canadian geese, swift goshawks, and bald eagles soar. He studied English, German, history, and philosophy at the University of Texas in Austin and the Julius Maximilians Universität in Würzburg before completing his doctorate. Beckett's 2013 bestseller drew enthusiastic praise from North American, British, Russian, Maltese, and Australian media. He thanks his beautiful wife, strong sons, and loyal dogs for their patience and support. He thanks you for reading.
Read more

4.9 out of 5 stars
4.9 out of 5
27 global ratings
How are ratings calculated?
To calculate the overall star rating and percentage breakdown by star, we don’t use a simple average. Instead, our system considers things like how recent a review is and if the reviewer bought the item on Amazon. It also analyzes reviews to verify trustworthiness.
Top reviews

Kathleen Barranco
5.0 out of 5 stars Relevant and Moving
Reviewed in the United States on February 19, 2018
Verified Purchase
I laughed, I cried, it was better than Cats. Not really. A good yarn, though. Someone hastily labelled this book “Christian Fiction.” If so, it’s quite nondenominational/ ecumenical. Latitudinarian? Among our heroes one finds wonderful Quakers, Jews, Catholics, Lutherans, Methodists, agnostics, Native Americans, and, if I recall correctly, a lovely North African Moor. Villains seemed disproportionately WASPy but, excepting those hypocrites, who profess to love their neighbors but would reserve God’s abundant blessings to their own kind, Protestantism does not come under general attack.
Within 300 pages of gripping adventure, the novel conveys its Anti-Racist, Pro-Immigration stance. Traditionalists may enjoy detailed hunting and fishing paragraphs. Progressives might prefer sections praising abolitionism and references to the glorious Seneca Falls Convention. There’s an obligatory meet-cute romance, but no uncomfortable sex scenes. I smiled at the mythological allusions and I enjoyed learning of the Africa Squadron’s many accomplishments.
Recommended for: fans of well-researched historical fiction
Not recommended for: strict vegetarians.
Final Rating? 88/100. Call it 4.5 stars.
Read more
One person found this helpful
Helpful
Comment Report abuse

This was a delightful book and I learned a lot more about America’s history. Definitely pick up a copy!
Read more
3 people found this helpful
Helpful
Comment Report abuse

Sgal
5.0 out of 5 stars A must read! Loved it!!!
Reviewed in the United States on March 3, 2018
Verified Purchase
Well written and made me keep reading. I am keeping an eye on this author. Looking forward to more from him!
Read more
2 people found this helpful
Helpful
Comment Report abuse

Jerald
5.0 out of 5 stars Fantastic
Reviewed in the United States on December 5, 2019
Verified Purchase
This book may be the best book I have ever read. It reminded me how important it is to be vigilant in our defense of those persecuted. Eloquent and detailed I loved it
Read more
One person found this helpful
Helpful
Comment Report abuse

Kaye Park Hinckley
5.0 out of 5 stars Such an Engaging Book!
Reviewed in the United States on March 1, 2018
The Chords of Memory is such an engaging book! Plus, it is a nineteenth century story that every American should read and consider. With characters, both real and imagined, David Beckett shows us men of courage and values pitted against others who’ve forgotten that America’s foundations lie in freedom for all human beings. It is also somewhat of a coming of age story in that the character of Billy Finnegan, an Irish boy, matures in his understanding of American freedom through his own ethnicity and family trials. Of course, the real hero is Thomas Garrett, one of the most prominent figures in the history of the Underground Railroad, who as Station Master, helped more than 2,700 slaves escape to freedom. Harriett Tubman is a character, as well as other true historical figures. Garrett’s trial before Supreme Court Justice Roger Taney is very well done.
Read more
2 people found this helpful
Helpful
Comment Report abuse

molly segev
5.0 out of 5 stars I enjoyed this well-written novel
Reviewed in the United States on June 19, 2018
I enjoyed this book immensely and will recommend it to friends.

It was a clever mix of historical fiction with a warm coming of age component. The characters were well-developed and as a reader, I was rooting for the characters to succeed. A particularly interesting part of the story was when the lead character William feels conflicted between his deep-seeded political views and those of his father. Many of us have struggled with this on some level and the dialogue in the book regarding this issue rang true.

The author David Beckett did a great job in the background research for the novel. There are many details about landmarks, geography, and historical icons that were well-researched and nicely integrated into the story line.

I enjoyed the novel and look forward to Beckett's next book.
Read more
One person found this helpful
Helpful
Comment Report abuse
See all reviews