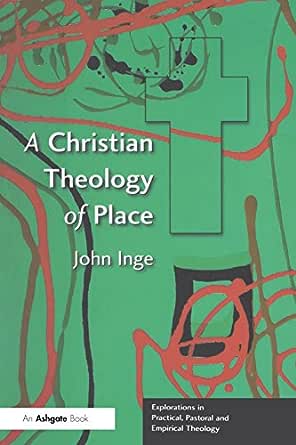 You've subscribed to Explorations in Practical, Pastoral and Empirical Theology! We will preorder your items within 24 hours of when they become available. When new books are released, we'll charge your default payment method for the lowest price available during the pre-order period.
Update your device or payment method, cancel individual pre-orders or your subscription at
Your Memberships & Subscriptions
There was an error. We were unable to process your subscription due to an error. Please refresh and try again. 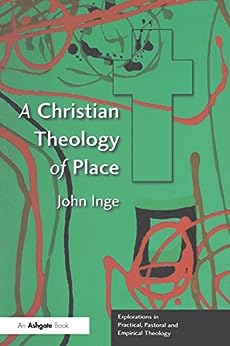 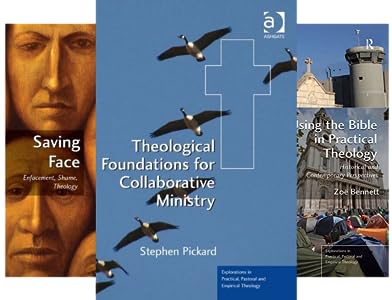 John Inge, Bishop of Worcester, UK --This text refers to the paperback edition.

Prize: Shortlisted for the Michael Ramsay Prize, 2005 'A wonderful book. I learned immensely from having read it.' Stanley Hauerwas, Duke Divinity School, USA 'This welcome book is a perceptive and helpful statement of why and how Christian faith needs to be embodied in places and activities.Â Â It significantly enriches theÂ understanding of faith,Â and provides important help in responding to those who question religiousÂ symbols and institutions today.' Daniel W Hardy, Cambridge, UK 'A study that I judge to be on target in powerful and compelling ways. The opening chapter on Hellenistic background is powerful, the development in sacramental directions is most helpful. The work on the Old Testament is sound and well articulated. The push toward a 'relational' understanding of place, and the appreciation of the distinction between place and space presented in this book, will prove of great value to a wide range of readers.' Walter Brueggemann, William Marcellus McPheeters Professor of Old Testament, Columbia Theological Seminary, USA 'John Inge's book is a welcome addition to the small but growing volume of literature reflecting theologically on the fact that we are necessarily situated beings... I agree with Inge that a new respect for place is vital in a world remorselessly globalised by the big corporations and the new imperialism; and in that respect his book is especially timely and helpful.' The Church Times '... this is an excellent book. It makes a much needed contribution at a time when so much of the 'place' is derided, and all is movement and rootlessness.' Anvil 'The eleven-page bibliography shows the impressive breadth of his scholarship, and the footnotes [...] show the depth of his engagement with his sources... Readers approaching the book from an interest in Christian theology will find that Inge has made his case thoroughly and convincingly; they will not thereafter be able to ignore 'place' as a theological topic... Inge's approach is --This text refers to the paperback edition.

4.6 out of 5 stars
4.6 out of 5
4 customer ratings
How does Amazon calculate star ratings?
Amazon calculates a product’s star ratings based on a machine learned model instead of a raw data average. The model takes into account factors including the age of a rating, whether the ratings are from verified purchasers, and factors that establish reviewer trustworthiness.
Top reviews

R. Stander
4.0 out of 5 stars good...but not quite there
Reviewed in the United States on January 10, 2009
Verified Purchase
Inge works from a sacramental framework. He suggests a relational model of place, people, and God that he extracts primarily from the Old Testament. As embodied creatures, place becomes integral to our interactions with God. Following Walter Brueggemann, Inge says that history becomes lodged in place as "storied places." Profound events and memories embedded in place as mediators of divine presence are built into salvation history. The incarnation casts Jesus as the "new temple" as the place where God meets humanity. By relating embedded events or storied places to the incarnation of Christ, which "initiates an unprecedented celebration of materiality," specific places and by extension the world takes on new meaning. For Inge, neither time nor place have inherent sacramental qualities apart from each other. Rather they cohere in sacramental events of times and places as the "seat of relations and of meeting and activity between God and the world." More particularly Inge says that sacramental events are "pure gift" of God's action and human response. Inge cites several examples in our Christian history: Constantine at Milvian Bridge, John Wesley at Aldersgate, Paul on the road to Damascus and Moses and the burning bush. Because these sacramental events are undertaken by first by God and received by particular humans, Inge rejects an intrinsic sacramentality of religious places.
Inge also suggests that the sacramental life of inside the church should have external implications as well. Experiencing God's grace and presence in the sacraments should encourage us to seek the same disclosure in the world. And by seeking the sacramental in the world, should increase our appreciation of the sacramental life of the church. Place becomes a powerful idea in connection with the site of the sacraments.
Inge recalls geographer Edward Relph's words, "places are constructed in our memories and affections through repeated encounters and complex associations and place experiences are necessarily time-deepened and memory qualified." Places are unique not just because of geographical or architectural elements, rather places are unique and inseparable from the individuals and communities associated with it and tell its story"
One of the things I greatly appreciated about Inge's work was such a simple point. "The role of such place is to root believers in their faith and point them towards the redemption of all places." My initial concern with his work was the appeal to experience. Where would these experiences end? With the self? My fear is that such experiences only serve to insulate the individual instead of being rooted in the world. The experience begins and ends beyond the individual. Its starts with God's action, received by humanity, and sends them to participate in further place making.
I agree with Belden Lane's comments on Inge's book that it is a fine summary of the landscape of place rather than a great contribution to the field. It is a very worthwhile journey for the reader to be brought into the conversation, but his constructive proposal place is only loosely defined.