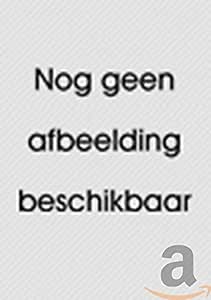 Christian Scott Format: Audio CD
4.7 out of 5 stars 54 ratings
See all 3 formats and editions Hide other formats and editions
Includes FREE MP3 version of this album.&nbspProvided by Amazon Digital Services LLC. Terms and Conditions. Does not apply to gift orders.&nbspComplete your purchase to save the MP3 version to your music library.
Available at a lower price from other sellers that may not offer free Prime shipping.

Edison Award winning trumpeter-composer-producer-bandleader Christian Scott releases his compelling new album, Christian aTunde Adjuah. The follow-up to his critically-acclaimed Yesterday You Said Tomorrow is an inspired and provocative two-disc, 23-track collection. With the artist s trumpet at the heart of most of the tunes, the album features reflective ballads, light and dreamy soundscapes, guitar-edged and rock-inflected cookers, trumpet ecstasies as well as clarion calls and anguished wails.

Scott says, The album cover is a self-portrait, a two-tiered depiction of me in the ceremonial regalia of the Afro-Native American Culture of New Orleans-- colloquially known as Black Indians or Mardi Gras Indians. The photo represents the same general idea that the record does. It's about the willingness to forge new paths and to seek new terrain while excavating one s own past as a means of gaining a better contextual understanding of that path. Scott explains, "The cover. The album. Everything represents the completion of my name. I am Christian Scott aTunde Adjuah. The addition of the names aTunde and Adjuah comes from two cities in the West African nation of Benin, which is present day Ghana. It s just a way for me to tell the world that I accept all of my past and am willing to explore it. So in a sense, I haven't changed my name. I ve completed it to reflect another part of my ancestry and lineage-- the part before Scott.

A tour de force masterwork, Christian aTunde Adjuah opens a wide window on Scott s present as well as his past (especially in reaction to the jazz trads complaining about his breaking free from the jazz standard) and his auspicious creative future. In his liners, Scott writes that the listener will hear on the album a stretching of jazz, not a replacement. That is what I hope younger people will be able to take away from it as well the idea that innovation should never be regarded as a problem in artistic practice, that one should always be aware of what has come before, and finally, that criticisms shouldn t evoke paralysis, [but] should inspire action.