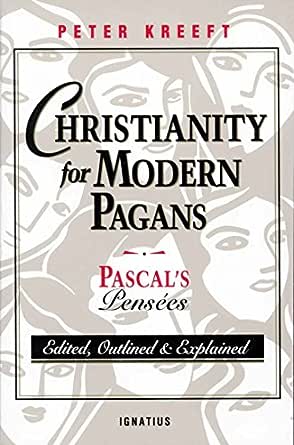 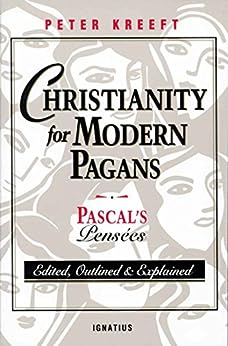 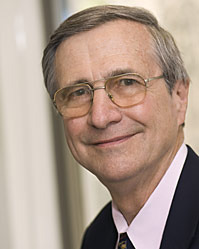 Peter Kreeft, Ph.D., Professor of Philosophy at Boston College, is one of the most widely read Christian authors of our time. His many bestselling books cover a vast array of topics in spirituality, theology, and philosophy. They include Practical Theology, Back to Virtue, Because God Is Real, You Can Understand the Bible, Angels and Demons, Heaven: The Heart's Deepest Longing, and A Summa of the Summa.
--This text refers to the paperback edition.

Timothy J. Gannon
VINE VOICE
5.0 out of 5 stars Best book for understanding Pascal's thought and times (and our times too).
Reviewed in the United States on January 6, 2017
Verified Purchase
This is a captivating, clarifying read. Years ago I tried to read Pascal and just didn't understand. Dr. Kreeft gives context and perspective. He also takes Pascal in small chunks and comments on them. Modern Philosophy begins with a swooning love affair with Descarte, from which we have not recovered, and are caught in the current materialistic scientistic materialism. Pascal never drank Descartes' koolaid. It is a shame his work is not more widely read and appreciated.
Read more
17 people found this helpful
Helpful
Report abuse

Jon Schuerholz
5.0 out of 5 stars WOW!
Reviewed in the United States on May 20, 2020
Verified Purchase
One of the best books I have ever read and reread. Highly recommend this. Love Peter Kreeft's explanation of Pascal. It helped me digest this great thinker. As a Baptist pastor I agree with so much of this book as it all centers on JESUS CHRIST. Thank you Peter Kreeft.
Read more
Helpful
Report abuse

Corum Seth Smith
5.0 out of 5 stars My "Thoughts" exactly...
Reviewed in the United States on July 31, 2005
Verified Purchase
I am a fan of both Kreeft and Pascal. I think some other reviewers have hit on many of the same reasons I like this book, but here's my own take.

First of all, there was a philosophical movement in Europe at the turn of the 18th century called the Enlightenment. No single wave of thought can take as much credit for influencing the modern world as the Enlightenment. That movement was a tidal wave that swept up every major philosopher for the last three hundred years. Pascal was one of the only thinkers not swept up in the powerful riptides of that "revolution." One of my favorite quotes in the book is that Enlightenment tries to do "life itself as a science." Yet Pascal knew that man was not the measure of all things, but a twisted contradiction of greatness and wretchedness. Herein I believe, lies much of his insight; he is not a strict Enlightenment idealist.

Rather, Pascal is a philsophical and theological realist who brought his bluntness and passion to the fields not only of philosophy, but science and math. Pascal was fortunate enough to brandish insights in all of these disciplines. My favorite parts of his thought, however, correspond to his philosophy.

These insights were the "Pensees," his thoughts. I think every Christian should know "The Wager" argument by heart. It is brilliant. Everything to lose and everything to gain; life often revolves around the choices we make and the corresponding benefits or harms that result.

Pascal is almost what you get when you try to blend the strengths of Augustine and Aquinas; a passionate minister (Augustine) mixed with the masterful logic of the Summa (Aquinas) rolled into one neat package. He was not a Cartesian dualist who saw mind and body as separate. Rather, Pascal realized that heart and soul live in the same body, at odds with one another, yet neither ever totally conquering the other.

Also, Pascal is what I would have called in my college days as a philosopher a "non-dry" thinker. That is, Pensees goes down a lot easier than Nichomachean Ethics because it is more accessible and heartfelt. Argument is shrouded in vernacular expression, passion is not seen as antithetical to the cause of strengthening an already sound position.

I highly recommend this book, Kreeft has some good commentary that helps simplify the very complex "Thoughts/Pensees" of one of the most brilliant thinkers ever.

RGMac
5.0 out of 5 stars This is how philosophy should be taught.
Reviewed in the United States on November 16, 2003
Verified Purchase
This is a delightful book, and one that truly does what it says it will: there will be moments of stunned silence when you realize just how truly great Pascal's thought was. The fact that he didn't jump on the Enlightenment bandwagon goes only to his credit. There was a great parting of ways in human thought at that time, with many thinking that science was the answer to human happiness. Quite obviously this is not so. Pascal is virtually ignored today because his message is a moral square peg in the decadent round hole of modern life: you will not be happy until you come to know yourself, and you cannot know yourself until you know Christ.
Read more
25 people found this helpful
Helpful
Report abuse

El
5.0 out of 5 stars Great Gift
Reviewed in the United States on February 25, 2019
Verified Purchase
Recipient was very happy with this gift. They had been wanting to read it for awhile. They were happy with the condition and quality of the book. It was a great read. They would have me purchase it again!
Read more
Helpful
Report abuse
See all reviews

MQ
5.0 out of 5 stars A Provoking Read.
Reviewed in the United Kingdom on September 26, 2002
Verified Purchase
I purchased this book on a whim, having not heard of either Pascal or Kreeft. I was so glad when the book arrived and I began to explore the Pensees, which are excellently arranged and discussed by Kreeft. I am now a big fan of the 17th century mathematician, physicist and theologian. The book is provoking and insightful - get it!
Read more
12 people found this helpful
Report abuse

Héctor Guillermo Muñoz
5.0 out of 5 stars Pascal: An apologist for all seasons
Reviewed in Mexico on December 22, 2018
Verified Purchase
This book is a great distillation and explanation on Pascal's Pensees and all their implications for the modern world. Kreeft's explanations are wonderfully useful as well. Pascal's apologetic method is just a delight to read (and it's such a pitty modern apologetics don't appeal enough to his arguments). He is quite witty and appeals not only to the mind, but also to the heart. This book is highly reccomended and a great ride!
Read more
2 people found this helpful
Report abuse