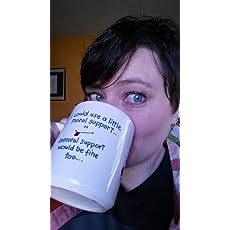 Christin Haws is a tragically unhip writer. A rerun junkie, baseball floozy, and fat girl belly dancing, she crafts her stories while living in a small town in the middle of a cornfield.
Read more 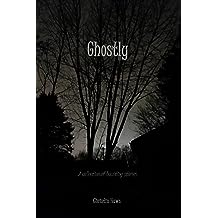 Ghostly: A Collection of Haunting Stories May 24, 2016
by Christin Haws
( 1 )
$1.99
Brothers haunted by more than addiction...a childhood game gone too far...a car accident on a lonely stretch of road...a science class project that yields unnerving data...a late night ghost hunt at a lake...an odd farmhouse in the middle of nowhere...a ghost with an agenda...a legend develops a twist...a child performs a rite for the dead...the birth of a small town ghost story...overnight security guards who aren't alone in their patrols...a woman in a quiet cabin on a less than quiet road...a man trapped in an elevator in more ways than one...a young woman with a powerful, but dangerous gift...

Fourteen haunting stories that leave you with the lingering feeling that maybe...just maybe...you're not alone.
Read more 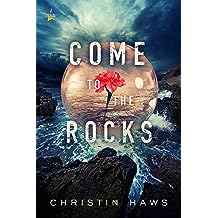 Come to the Rocks Apr 16, 2018
by Christin Haws
( 7 )
$2.99
Linnea’s only safe place is a spot on the rocky shoreline where the water can be rather vicious. It’s here where she meets, and falls in love with, a mermaid named Mren. As their romance blossoms, the escalating harassment from Linnea’s ex-boyfriend Mikey threatens the secret relationship. Mren has vowed to protect Linnea, but she’s confined to the water and Mikey is a land monster. Meanwhile, Linnea will do anything to keep Mren safe from him. 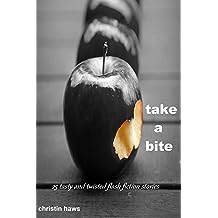 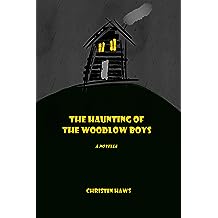 The Haunting of the Woodlow Boys Feb 26, 2017
by Christin Haws
( 1 )
$1.99
Brothers Jared and Justin Woodlow, known as Big and Little to just about everyone, are cleaning up the family cabin for sale, an activity created by their parents to help enforce Jared's latest attempt at sobriety, something alcoholic Jared resents and hopeful Justin appreciates. While Justin craves to have his older brother back to his "old self", Jared struggles with the reality of functioning without booze.

Or is there more than memories and dust in this old cabin?
Read more
Other Formats: Paperback 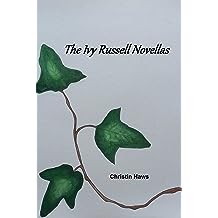 The Ivy Russell Novellas Oct 23, 2015
by Christin Haws
$2.99
Ivy Russell is a private investigator in Buddington, the big city in the cornfield. With the help of friends Art Lopez and Leo DeWitt, she follows cheating spouses and looks for missing people. Much to the frustration of best friend Detective Baz Johnson, Ivy tends to, well, attract weird.

In Cheaters and Chupacabras, Ivy finds that a string of cheating spouse cases puts her in the vicinity of a chupacabra. When she takes a missing persons case to get away from it (at the urging of Baz), it puts her right in its sights. And if a killer mythological creature isn't bad enough, she's also the maid of honor at her friend Michelle's upcoming wedding.

In The Timeless Man, Thanksgiving is approaching, work is slow, and Ivy's friends won't stop bugging her about participating in the Thanksgiving eve drinking ritual known as Blackout Wednesday. That's when Arthur Meadows walks into her office. Ivy normally doesn't take legacy cases, but this time she makes the exception. And finds that there's more to Mr. Meadows's legacy than she could have imagined.

In The Odd Section of Town, Ivy finds the area of Buddington where she conducts a lot of her business plagued by bad luck at the same time an old friend visits and Baz acquires a girlfriend. Despite objects all around, Ivy is determined to figure out what's going on before the bad luck gets her, too.

In Firebugs and Other Insects, The Odd Section is plagued by an arsonist and Ivy is the prime suspect as she looks for a mentally ill young man hiding out there. She could really use some help, but Baz is overworked and Art is doing a little investigation of his own, trying to figure out why Leo has suddenly gone recluse. And Ivy isn't about to ask that fireman.
Read more 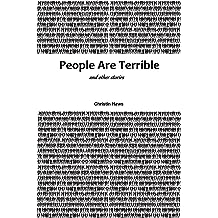 A man who can see everyone else's misdeeds...a woman with a terrible temper...a neighbor with a fixation...an argument between a married couple...a man forced to work overtime...a dying husband and his caregiver wife...cousins cleaning out an attic...a girl and her dog...an assistant manager taking care of his employees...a woman out late at night...a ransacked apartment...an unusual card game...a class reunion at a lake... 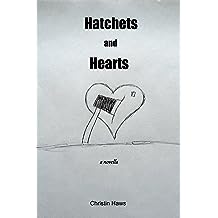 Hatchets and Hearts Feb 5, 2015
by Christin Haws
$1.99
Henry Lowell is trying to recover from a traumatic event. He's taken a room at Alvin Quinter's house in the small, rural town of Carpenter in order to find some solitude so he can do some therapist ordered writing about the event, his next step in the recovery process. Neither Alvin nor his daughter Iris know that's the writing Henry's doing; they think he's writing a novel.

As Henry struggles to put the events of his tortured timeline on paper, strange things begin to happen around the Quinter place, things that are remarkably similar to what happened to Henry.

Is this all just a coincidence? Or is it all really happening again?
Read more 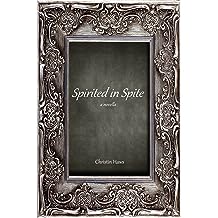 Spirited in Spite Oct 7, 2014
by Christin Haws
( 1 )
$1.99
Gret Brown is a paranormal skeptic. She and her sister Heidi are investigating the Jayne House on Halloween, a project months in the making. And then plans change.

Much to her displeasure, Gret finds herself joined by ghost hunters, one of whom is Scott Spence, her old school rival, and two psychics of dubious abilities. Gret either has to try to investigate the Jayne House with everyone else or forfeit a night that she desperately needs in order to write her book on the place. However, choosing to investigate the house with the group endangers the secret to her success, a secret Scott Spence would delight in using against her.

Because the house is haunted. 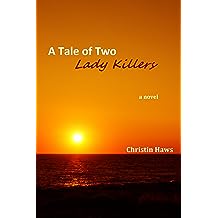 A Tale of Two Lady Killers Jun 6, 2014
by Christin Haws
$2.99
Edda Blue is making a new start and she's making it in Coral Pearl, Florida. She's got her Grandma Ruby, her car, a place to live, a job...and soul bonds with two strangers: Mack Sexton, gigolo and scotch drinker, and Jake Lusk, attractive mechanic.

After a messy divorce, Edda finds the two soul bonds (which only she can see; an ability she's had all of her life) disturbing. She's not ready to get herself into another mess now.

There's another thing, too, something Grandma Ruby neglected to mention in her pitch to get her to move down there.

A serial killer that Edda finds herself sharing a soul bond with.

Will Edda's new life end even more horribly than her old one did?
Read more 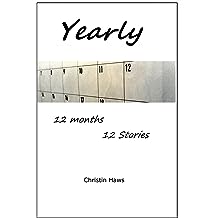 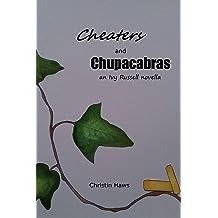 Cheaters and Chupacabras Dec 20, 2013
by Christin Haws
$1.99
Ivy Russell is a private detective in "the big city in the cornfield". Most of her work comes from chasing cheating spouses and looking for missing persons. But while working in a neighborhood popular with cheaters, she finds that infidelity isn't the only thing lurking in the night. And despite all protests to the contrary, warnings from her friend Baz (aka Detective Barnabas Johnson), and the frantic antics of friend and impending bride Michelle Mitchell, Ivy finds herself on the case.

With help from her friends Leo DeWitt and Arturo "Art" Lopez, Ivy balances an unhappy Baz, the demands of being maid of honor, and looking for cheaters and missing persons with finding what idiot turned a chupacabra loose and why...before it puts her out of business.
Read more 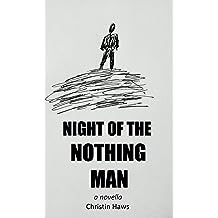 Night of the Nothing Man Jun 14, 2013
by Christin Haws
$1.99
Unexpecedly home from college for a weekend, Kim Ales is nearly kidnapped while walking to the grocery store. Escaping with the help of her friend Scotty Tate, Kim finds no help from the sheriff. And no relief from the man with the nothing face that tried to take her. While the Nothing Man stalks them, Kim and Scotty attempt to figure out who he is, what he wants...and how to get away from him.
Read more