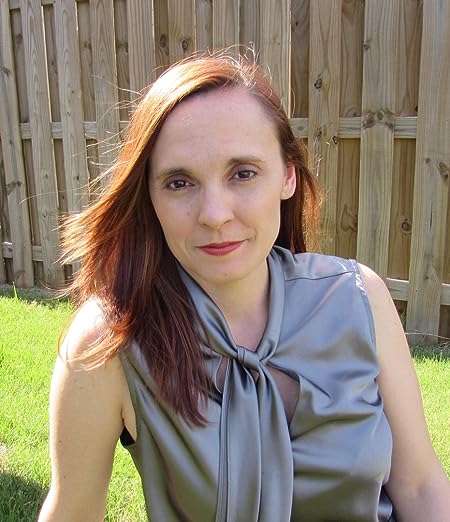 Christina LoBianco has a B.S. in English Education and an M.A. in Marriage and Family Counseling. Her wonderful husband, four children, and two dogs make life interesting and beautiful. Her passion for the English language began when she wrote her first poem in the seventh grade. Her first adventure in the world of book writing began at seventeen with a dream of witches and dragons. Since then, research and writing have hooked her and is not only one of her joys in life, but her passion. 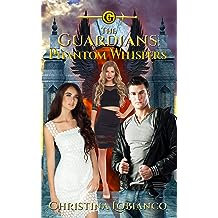 The Guardians: Phantom Whispers May 10, 2020
by Christina LoBianco, Donna West
( 4 )
$4.99
No one loved his demon life more than Lukas, but one sword fight changed everything…

Lukas was a former demon hellbent on hating life. Rebecca was a Guardian in training, desperately trying to traverse her own obstacles and avoid the troublemaking ex-seraph. When Kiyoshi sends Lukas on a mission, the former demon grudgingly accepts, with conditions.

As Lukas is on a direct course into Rebecca’s path, a demon has her sights set on him, determined to pull him back to hell and his former glory.
Read more
Other Formats: Paperback 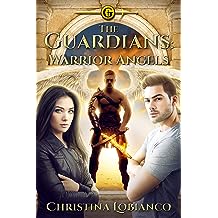 The Guardians: Warrior Angels Jan 11, 2020
by Christina LoBianco, Ryn Katryn Digital Art, Donna Marie West
$2.99
Sometimes what you know is just the tip of the iceberg...

Angels and Demons are only characters in fantastical stories, right?

At least, that's what Elise thought before she found herself in the midst of a war spanning across millennia.

Drawn into a mission to find a stolen religious artifact, she discovers how evil the dark can become.

Mission Number 2: Find a way to have faith in something other than your own strength, because that may be the only way to keep your soul.
Read more
Other Formats: Paperback 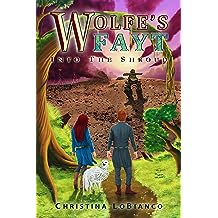 Wolfe's Fayt: Into the Shroud Sep 1, 2019
by Christina LoBianco, Tathagata Mandal
$4.99
Time is running short and a prophecy must be fulfilled. Ariana has been found. She and her brother embark on a quest where the fate of the Magical Realm hangs in the balance.

Tempted by the seductive power of dark magic, Jeremiah struggles against the urge to use it, even as his light magic wanes.

Join Ariana and Jeremiah on their magical journey and experience the wonders of Fayt and the land beyond as they enter... 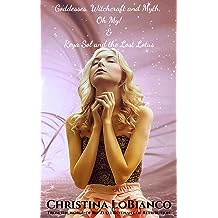 Goddesses, Witchcraft and Myth, Oh My! & Reya Sol and the Lost Lotus Aug 16, 2019
by Christina LoBianco
$0.99
From the world of Rip Zulu: Revenant of Retribution is the origin story of Reya Dean.

Her secrets have been kept for millennia. After the War of Immortals, many gods of old went into hiding. Amongst those hidden was Laney, who yearned to protect those who could not defend themselves.

Clothed in a new disguise, guarding humanity is her goal. Yet in her mission to be there for others, she forgot herself along the way.

Charged with the safety of something more precious than she could ever imagine, Reya encounters a challenge unlike any she has ever faced before: Motherhood.

An otherworldly encounter complicates matters, leaving Reya wondering who to trust. Believing in the wrong person could lead to the end of one she holds dear.

But opening her heart might give her what she never knew she always wanted.
Read more
Other Formats: Paperback 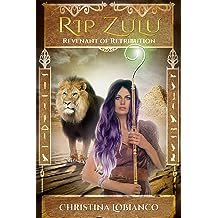 Aron's life takes a huge turn when a falling star lands - quite literally - in his back yard.

What's easy to accept is the existence of an interstellar traveler suddenly under his roof. The difficult part is convincing him he has a history with the otherworldly former goddess; that and realizing myths are sometimes more than folklore.
Read more 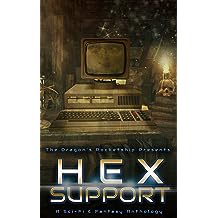 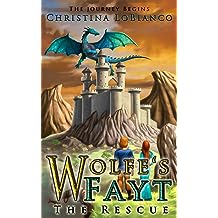 Wolfe's Fayt: The Rescue Jan 26, 2015
by Christina LoBianco
( 10 )
$2.99
Jeremiah lives in the Realm of Fayt—a place where humans are caretakers for the magical beings who live within its boundaries. Jeremiah must learn the ways of magic in order to find and rescue his kidnapped sister. Befriending a fairy and dragon along the way, he begins to unravel secrets from his family’s past.

Jeremiah soon discovers a powerful evil which seeks to destroy Fayt. With the balance of the world in his hands, can he find a way to save his sister before it’s too late?

Dive into the adventure in this tale of magic, love, and courage.
Read more
Other Formats: Paperback