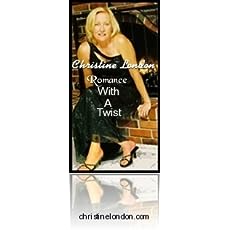 Christine London was born in Chicago, Illinois, but left the long winters of the Midwest as a child to find her roots in the sun and charm of California, both North and South. Her adopted home became Great Britain when she spent a year of college in the east end of London with three male flat mates; one from each country on the main island. Her fascination and love affair with all things British has grown over the years, facilitated by summers spent trading houses.

Graduating from Loyola Marymount University in Los Angeles, Chris has continued with family, teaching, singing in a jazz sextet and running foot races (and winning) before discovering her true passion....the romance and adventure of writing.

It took one Scot to awaken her poetic appreciation of Scotland's natural beauty, and another Scot to ignite her passion for writing. Thank you, gentlemen.
Read more 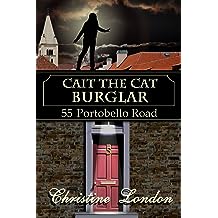 Cait the Cat Burglar (55 Portobello Road) Mar 31, 2013
by Christine London , Digital Seen , Wikimedia Commons
( 1 )
$0.99
When Cait is hired to steal the musical charts from a local posh condo she's no idea whose work she is after. Ah, but her scruples are abandoned for a very good reason.

Darren Holt is the king of the Indie Pop music world. How can one raven-haired waitress turn him upside down?

Who ever heard of an all thumbs thief? Will Cait get caught or kissed?
Read more 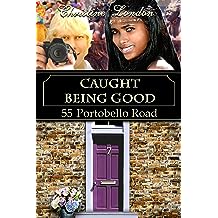 If only she had someone as thoughtful as the handsome man with the golden hair that buys a bouquet three days a week. But where is he taking it and to whom?
Read more 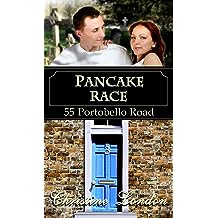 Pancake Race (55 Portobello Road Book 4) Mar 2, 2013
by Christine London , Digital Seen , Luba V Nel DreamstimeStockPhotos , Trish Steel Common Wikipedia Org
$0.99
Why does a woman Anton just met sacrifice her own place in London's
Pancake Race for him? He has been struggling to make his restaurant work ever since the untimely death of his business partner and secret love. What's worse, he never confessed his feelings to her before she died. Will Shrove Tuesday's Pancake Race prove his downfall or salvation?
Read more 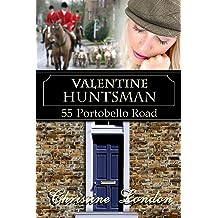 Valentine Huntsman (55 Portobello Road Book 3) Jan 23, 2013
by Christine London , Alex Kent , FreeDigitalPhotos.net , Pictures.4ever.ue
$0.99
When an American cabbie in London agrees to a romantic Valentine dinner, she never dreamed the evening would end with the wail of sirens and flashing lights. Seeing her date under suspicious circumstances, her blood runs cold. Just who is this Valentine Huntsman?
Read more 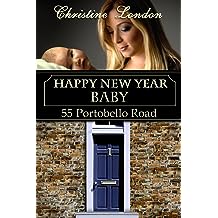 Happy New Year Baby (55 Portobello Road Book 2) Dec 24, 2012
by Christine London , Alex Kent , Viviane Brentanos , Images from freedigitalphotos
$0.99
Pregnant without a boyfriend and possibly without a roof over her head, if her miserable landlord has anything to say about it. She only has herself to blame. After all, hadn't she sent the father of her unborn child packing? 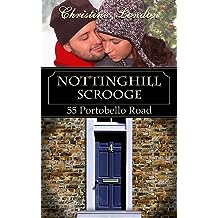 Nottinghill Scrooge (55 Portobello Road Book 1) Dec 6, 2012
by Christine London , Alex Kent , Chellesie Dancer , Keith Kent
( 3 )
$0.99
Sara Wright needs this holiday job at Nottinghill's historic cinema to pay her tuition, but her handsome boss Robert is a thorn in the side of every usher who breathes. She knows there must be more to a man who breaks his own rules to rescue a child. Can she figure out the puzzle before he self-destructs along with so much more than her job?
Read more 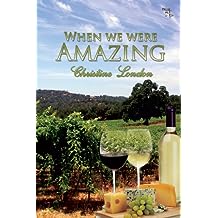 When We Were Amazing Dec 14, 2011
by Christine London
( 3 )
$2.99
Fourteen freaking hours in the hell that was the interior of a jet plane. He tried to read, listen to music, watch a film. Nothing. He could see nothing but her lying in a hospital bed, tubes and technology running from her, surrounding her with their manufactured sterility. She needed to be touched. He needed to touch her. Make sure she was warm, well, alive.

A nagging weight lodged in the pit of his stomach. No food, no drink, just her. She was the cure.

He slid the sunshade up. The first rays of light sliced across the horizon as they chased the day at thirty six thousand feet. He could scarcely make out the scallop of cumulus below as they drifted by. The world went on, not caring a thing for the concerns of man. His world was suspended like an insect in amber. The rest of humanity could look in at him, but he was paralyzed to act, to move, to breathe.
Read more 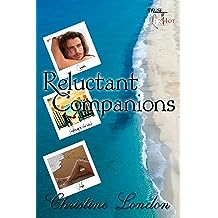 Reluctant Companions Aug 17, 2011
by Christine London
( 2 )
$2.50
Grieving the loss of her beloved father, Chellie is convinced to take time off from her work-a day job to enjoy a secret retreat at a hidden Oahu bungalow. Property of the womanizing ex of her best friend, Chellie agrees only after being assured her privacy.

Overworked, burnt out and sour on life, Scottish film star Cameron McClain nearly had to be hog tied by his manager to take a holiday at his secret escape destination on the Hawaiian North shore. Two lonely people overwhelmed by life…same time, same gorgeous locale. Reluctant guests alone on one of the world’s most beautiful islands---except they are not alone….
Read more 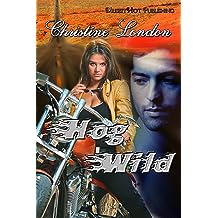 Hog Wild Jun 20, 2011
by Christine London
$5.50
Kyle Matthews might have the music world by the horns, but when he loses out in love to his most famous client and best friend, he escapes into the wilds of the desert southwest on a restorative motorcycle trip. Will the hard driving, salty tongued gorgeous mechanic he relies upon to fix his Harley be able to mend his heart, as well?
Read more 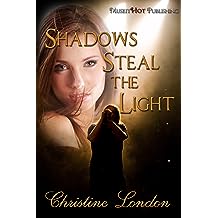 Shadows Steal the Light Feb 1, 2011
by Christine London
( 5 )
$2.99
It’s love at first sight for rock star Colin Dunlow when he runs into sultry jazz singer, Jenna Lindstrom, with a few complications. The woman of his dreams hates rockers and there’s someone who wants him dead.
Read more
Other Formats: Paperback