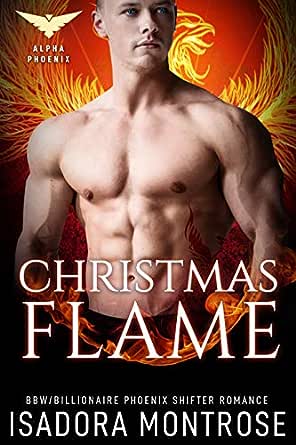 You've subscribed to Alpha Phoenix! We will preorder your items within 24 hours of when they become available. When new books are released, we'll charge your default payment method for the lowest price available during the pre-order period.
Update your device or payment method, cancel individual pre-orders or your subscription at
Your Memberships & Subscriptions
There was an error. We were unable to process your subscription due to an error. Please refresh and try again. 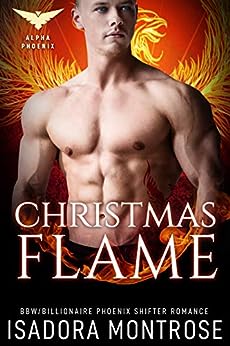 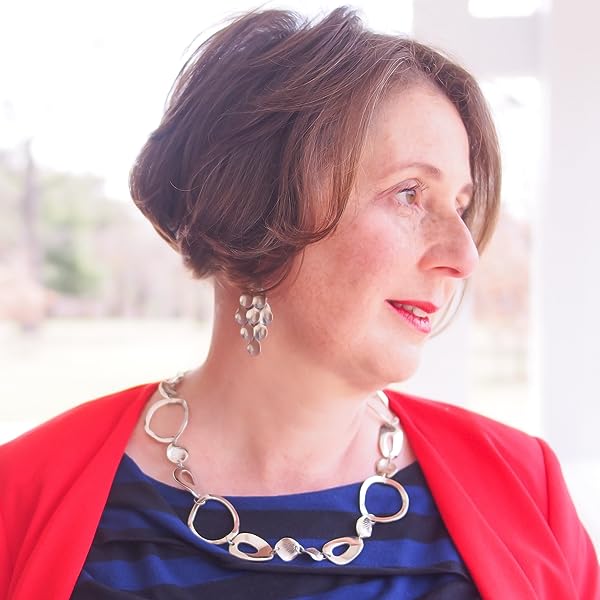 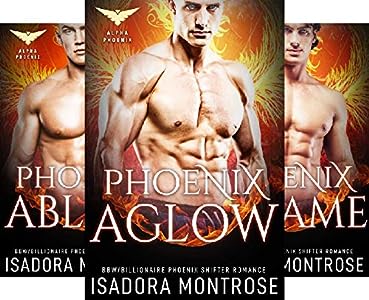 4.1 out of 5 stars
4.1 out of 5
42 global ratings
How are ratings calculated?
To calculate the overall star rating and percentage breakdown by star, we don’t use a simple average. Instead, our system considers things like how recent a review is and if the reviewer bought the item on Amazon. It also analyzes reviews to verify trustworthiness.
Top reviews

irene
2.0 out of 5 stars It is NOT a complete story
Reviewed in the United States on July 26, 2018
Verified Purchase
I bought this because it was on promotion and was free. This is the first time I'm reading anything from this author. I usually take advantage of price drop promotions to try authors whom I don't know; if I like what I read, I'll pay for their other titles.

The description lies when it says "no cliffhangers". When the story ends, Grant hasn't revealed his phoenix identity to Genevieve yet. I consider this an unfinished story because that's a huge deal. The big reveal is an integral part of all shifter stories which feature a shifter mating a human. In fact, on the last page of the story, the author says, "Grant and Genevieve's story continues in Phoenix Alight, Alpha Phoenix book 4. Find out the details of their wedding, the secrets of the Egg of Immortality, and how Grant transforms his fated mate." That means this book is NOT complete, because Grant and Genevieve's story isn't finished. Yet Book 4 is supposed to be Cameron and Frankie's story. So I'm rather confused, but I'm not bothered enough to buy the next book just to find out what happens to Grant and Genevieve.

It's a short book and very low on details. Grant has always known that Genevieve is his mate, but he had been reluctant to do anything about it for years... but the author doesn't explain why. He is an opera singer and seems not to like his manager very much (or at least, he doesn't trust her), yet he also seems oddly dependent on her -- but the author doesn't explain why. He and Genevieve are attacked by other shifters, but the author doesn't explain why. Grant meets Genevieve after two years of not seeing each other, not even writing or calling each other, and more or less proposes on the spot and she says yes! What? And then he sings as he is making love to her, and she doesn't find it at all odd? The writing doesn't flow well and some parts are just weird due to the lack of explanation.

Needless to say, I won't be reading anything else by this author.
Read more
5 people found this helpful
Helpful
Report abuse

Malinda
3.0 out of 5 stars Good but ends in cliffhanger
Reviewed in the United States on November 23, 2018
Verified Purchase
3 stars

Well, I liked this story but I had issues with it as well. The story's description says it's a standalone with no cliffhangers and the series can be read in any order. I'm iffy on the order part because there were things going on that seemed part of a deeper storyline that the MCs of this story don't know about. And the story does end with cliffhangers as multiple things are left unresolved at the end. This is the first story I've read by this author and based on this, I'm not sure if I'll try more of her work in the future.

Grant is a phoenix shifter and a world famous Opera singer. Grant's manager likes to push the image of a playboy but he hasn't really earned that image and has just been waiting for the right time to claim his mate. Grant is scheduled to perform in Germany so he invites Genevieve to his show.

I don't want to get spoilery but the description makes things pretty clear...Grant goes into this wanting to make Genevieve his wife and Genevieve just hopes to show the man she's been crushing on forever that she's s desirable woman. Both parts happen and there is a HFN that I guess is supposed to be a HEA but there's a lot left unexplained at the end, the most important of which is that Grants hasn't told Genevieve his secret. So I'm guessing I'll find out how things progress for them in the next book?

The good part about this story is that until the rather unresolved ending, I really was enjoying it. I don't know why Grant thought it was a good idea to wait for so long before admitting their connection to Genevieve but I did like both MCs. The story sometimes used terminology that's a bit corny but I didn't mind it really. Overall, the story was good and engaging...I just wish it hadn't ended with multiple questions left unanswered.
Read more
2 people found this helpful
Helpful
Report abuse

Irene Talbert
5.0 out of 5 stars LOVE THIS SERIES....
Reviewed in the United States on March 12, 2018
Verified Purchase
This is the fifth book in the Alpha Phoenix series. It's a fast-paced and standalone book that will keep you on the edge of your seat from start to finish.
This book is Grant D'Angelo and Genevieve Carson's story. Both have been in love 💘 with each for ever but neither believe that the other wants him/her. What do they do to make the other realize that they have a future together?
Read to find out what happens. Can't wait to read the next book by this author. I voluntarily reviewed this book and this review is my own opinion.
Read more
3 people found this helpful
Helpful
Report abuse

A. Richard
4.0 out of 5 stars Emotional plus likable characters
Reviewed in the United States on November 19, 2018
Verified Purchase
A touch of mystery and lots of romantic situations make the latest Alpha Phoenix story entertaining. Since the hero is a phoenix shifter, his ability to sing is very important to his relationship with his mate, and his career as an opera tenor made situations more interesting. With an abundance of colorful details and engaging characters, Isadora Montrose has created a delightful romance with a few surprising turns.

Although Grant D’Angelo would be thrilled if he and his mate were together, they have yet to connect. The phoenix shifter has spent much of his adult life touring cities where he entertains others, and he is also known as a man who constantly dates various women. But he is ready to declare his love and prove to Capt. Genevieve Carson that he only wants her. When the Air Force sends her to Germany where he has a performance over the Christmas holiday, it is the perfect time for each to make their feelings known.

Several scenes in CHRISTMAS FLAME are filled with heartfelt emotions, while other moments express the current thoughts of Gen and Grant. I could tell how these two felt at certain times because their feelings were always depicted with sincerity. When some suspense takes place, I wondered what would end up happening. More about the relationship of Gen and Grant is coming in the next book, and I want to know what occurs next.
Read more
Helpful
Report abuse
See all reviews