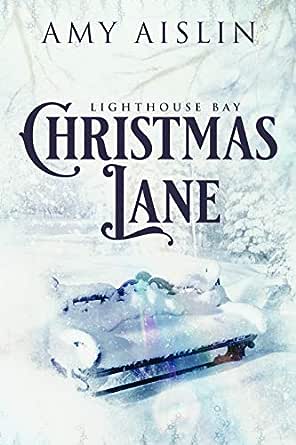 You've subscribed to Lighthouse Bay! We will preorder your items within 24 hours of when they become available. When new books are released, we'll charge your default payment method for the lowest price available during the pre-order period.
Update your device or payment method, cancel individual pre-orders or your subscription at
Your Memberships & Subscriptions
There was an error. We were unable to process your subscription due to an error. Please refresh and try again. 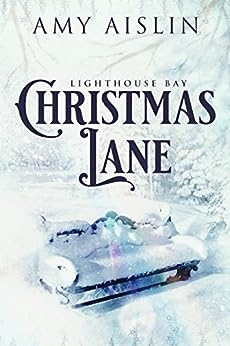 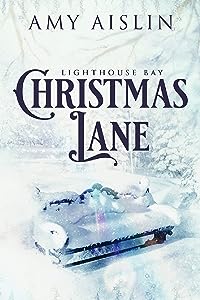 4.4 out of 5 stars
4.4 out of 5
56 customer ratings
How does Amazon calculate star ratings?
Amazon calculates a product’s star ratings based on a machine learned model instead of a raw data average. The model takes into account factors including the age of a rating, whether the ratings are from verified purchasers, and factors that establish reviewer trustworthiness.
Top reviews

Zach and Holland are such cool characters, very different men but they really fit together so well. I enjoyed the age difference and their personalities were really complementary to each other. You could feel their connection and i loved the details that made them become so real for me.

This is a Christmas story and i must say that all the details about the floats and the coordination of the parade was really important to the feel of the story.

Len Evans Jr
5.0 out of 5 stars A Christmas Masterpiece!
Reviewed in the United States on December 10, 2018
Verified Purchase
This book was... amazing, awesome, enthralling, the cause of many many happy emotional tears, a source of much joy and many warm snuggly feelings in my chest. Zach and Holland feel so very real to me right now if it was real I would move to Lighthouse bay tomorrow. Ms. Aislin has written a Christmas masterpiece that I will happily be reading every Christmas for years to come. It left me a wreck in such a good way the feels were through the roof. I could not possibly love it more!
Read more
Helpful
Comment Report abuse

kad0917
4.0 out of 5 stars Very sweet
Reviewed in the United States on December 12, 2018
Verified Purchase
This is what love should be. Remembering the details of someone's likes and dislikes. Respecting someone's idiosyncracies and not making fun of them.
A very sweet romance with minimal angst and a happy ever after. The secondary characters were a great supporting cast as well. A nice Christmas story that can be read all year for a mood lifter!
Read more
Helpful
Comment Report abuse

sljasble
5.0 out of 5 stars 5-hearts for this one!
Reviewed in the United States on December 26, 2018
Verified Purchase
Zach and Holland were so sweet. I loved the hell out of them. The challenges they over come together and how their friends step up, warmed my heart. I can't wait for more in this series. Well done.
Read more
Helpful
Comment Report abuse

bheath
5.0 out of 5 stars Sweet love story
Reviewed in the United States on December 5, 2018
Verified Purchase
I enjoyed reading this book, but I did get tired of their friends always griping about their ages. They were the perfect couple. Will read again.
Read more
Helpful
Comment Report abuse

Eric McDermott
3.0 out of 5 stars Sweet Christmas Read with one major problem
Reviewed in the United States on November 30, 2018
Ok.. this review is in two parts.
First, I really loved Amy's new Christmas novel, Christmas Lane. It has a great story, cute characters (especially Zach), a great HEA. I loved the May/December story between Zach and Holland. I was really into this novel as I read it..

BUT... I felt that it was just lacking a major aspect: there is no on-page sex in the novel. Now.. its not that a book needs to have a descriptive sex scene to be good (or to get 4-5 stars from me) but as I read through the book and Zach kept talking about how bad his previous sexual encounters had been, I kept waiting for the scene where Holland and Zach make love and Zach learns what sex can truly be like. But no.... all it gets is one "throwaway" sentence at the start of a chapter and everything is solved. I just felt like there was a huge hole in the story.

If this was YA (young adult) novel, that would have been fine, and expected. But in a novel marketed as an adult MM romance, TO ME, it just left me wanting more.
Read more
3 people found this helpful
Helpful
Comment Report abuse

scarletsptember
5.0 out of 5 stars Broome's Books Review
Reviewed in the United States on November 29, 2018
I would like to start this review by giving it heart eyes and happy snuggles. It’s exactly what I needed to get me into the holiday spirit.

Zach is a recent college graduate and he’s ready to find a job that doesn’t include working at his family’s restaurant with his sister as his boss. Holland is fifteen years older, has bounced from job to job trying to figure out what he wants to do with his life and is attracted to man who he once taught in primary school. They are thrust together when Zach gets put in charge of the town Christmas parade and Holland is building a float and eventually more.

Holland was kind. In a way you wouldn’t expect people to be any more. As their relationship progressed, Holland talked to Zach about what he wanted and needed. Zach is portrayed as a possibly Ace, but more like demisexual (In my opinion). And Holland respects that. Eventually they progress to more. Their kisses were pretty swoon worthy. There isn’t any on-screen sex scenes, but it worked for their story. They didn’t need explicit scenes.

Zach was a cautious when it came to Holland. How could he, of all people, be what Holland is looking for in a partner? Especially, when Holland dated men like Mika and Clark in the past. Zach has his quirks and Holland lets him do his thing. I loved that. He didn’t tease Zach for having multiple calendars or having certain ways he did things. They supported each other. I found it adorable that Holland took care of Zach in the little ways he could.

Through all the issues that crop up like ex-boyfriends, roofs caving in, endless car trouble, and figuring Christmas out, Zach and Holland make it through it all.

Another plus, the secondary characters were just as engaging as Zach and Holland were. I have secret hopes that Dev and Clark might get their story told next. This is definitely a holiday read that I will be revisiting yearly.
Read more
Helpful
Comment Report abuse
See all reviews from the United States

Kindle Customer
4.0 out of 5 stars Great may / December romance
Reviewed in Australia on February 4, 2019
Verified Purchase
Oh my, Amy what a wonderful , loving, emotional, intense story. Ups and downs, angst, humour, drama. It had it all. Loved it.
Read more
Helpful
Sending feedback...
Thank you for your feedback.
Sorry, we failed to record your vote. Please try again
Report abuse