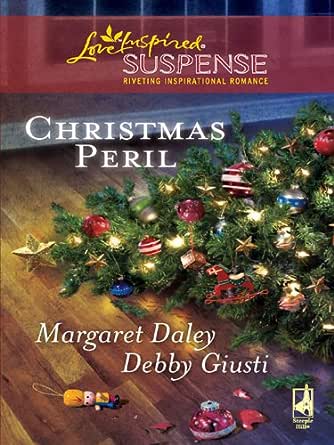 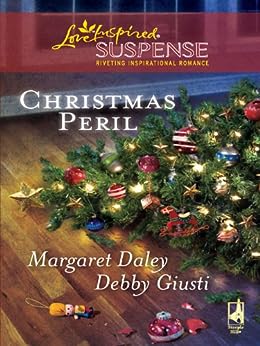 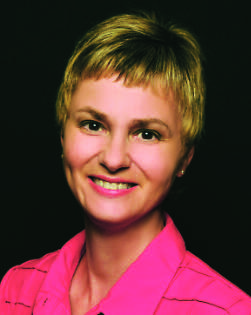 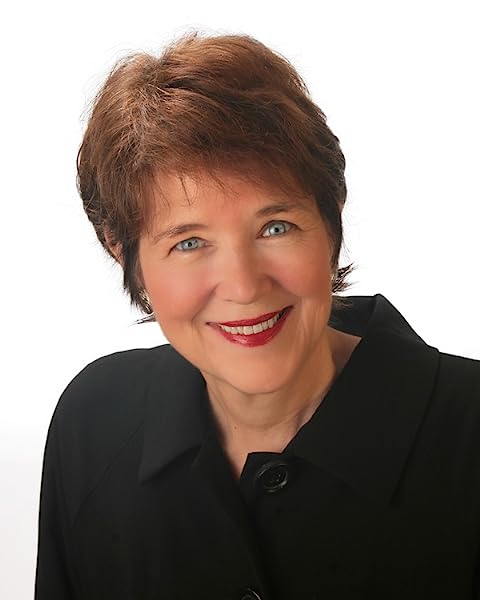 Margaret Daley, an award-winning author of eighty-three books, has been married for over forty years and is a firm believer in romance and love. When she isn’t traveling, she’s writing love stories, often with a suspense thread, and corralling her three cats that think they rule her household. To find out more about Margaret visit her website at http://www.margaretdaley.com.

Debby Giusti is a medical technologist who loves working with test tubes and petri dishes almost as much as she loves to write. Growing up as an Army Brat, Debby met and married her husband--then a Captain in the Army--at Fort Knox, Kentucky. Together they traveled the world, raised three wonderful Army Brats of their own and have now settled in Atlanta, Georgia, where Debby spins tales of suspense that touch the heart and soul. --This text refers to an out of print or unavailable edition of this title.

4.8 out of 5 stars
4.8 out of 5
7 customer ratings
How does Amazon calculate star ratings?
Amazon calculates a product’s star ratings based on a machine learned model instead of a raw data average. The model takes into account factors including the age of a rating, whether the ratings are from verified purchasers, and factors that establish reviewer trustworthiness.
Top Reviews

Tanya
5.0 out of 5 stars Christmas and suspense
Reviewed in the United States on May 28, 2016
Verified Purchase
I love Christmas Peril. Annie and Jayden having to run for their lives but The Lord was leading the entire time. What a wonderful small town and at Christmas too. Not only were they rescued but Annie found her way back to God. The suspense was just right and then the love story. Wonderful.
Read more
Helpful
Comment Report abuse

In this short novelette, we meet a woman who witnesses (or at least hears since she's on the phone with him) her ex-boyfriend and father of her daughter get murdered. She's terrified because now the killer knows who she is and is coming after her. So she and her daughter flee to a place she remembered from childhood and an aunt she barely remembered. There's a police chief there by the name of Caleb Jackson. He soon suspects she's on the run and decides to find out why.

It was just a great story. Love the suspense and the romance. It worked for 100 pages...FIVE STARS!

Yule Die:
First of all, the title was cheesy, I'll just say that :-) This one is about a woman who works as a lab technician and a man who's a cop. Both are estranged from their brothers, but the other knows the brother...The entire book takes place in about eight hours or so. Though the suspense was good, the romance was almost non-existent. I did like the flirting that went on, but felt it was a bit displaced...

Jennifer M. Smith
4.0 out of 5 stars Enjoyed this good read!
Reviewed in the United States on May 6, 2014
This Love Inspired book contains two Christmas suspense stories. At the end of the first story, author Margaret Daley noted that it was a challenge to write a suspenseful Christmas story as Christmas doesn’t make her think of dead bodies, villains, and crime. I can see the challenge! Though I enjoyed reading these two stories, I have to agree that the murder and mayhem kind of made them seem less “Christmasy.”

Both stories had strong, interesting plots. I enjoyed the second story by Debby Giusti a little more, probably because it took place over a day instead of over several weeks, therefore making it ring more true. It’s hard to pass very much time through the length constraints of a novella. While both stories were suspenseful, I especially appreciated the masterful use of suspense and tension that compelled me to keep turning pages in “Yule Die.”

The romances in both stories seemed to happen quickly, but again, that’s expected of novellas. I can’t remember the last time I read a collection of novellas, so reading this book was a nice change of pace.
Read more
Helpful
Comment Report abuse

Valerie Comer
4.0 out of 5 stars Great Read :)
Reviewed in the United States on February 16, 2010
Margaret Daly is the author of the first novella, entitled Merry Mayhem. This story is about Annie, a woman who's on the run from the men who killed her ex-boyfriend, her daughter's father, whose last words to her were "Don't trust the police." But when she gets to safety at her aunt's house many miles away in Christmas, Oklahoma, she meets the small town's police chief, Caleb. He not only seems trustworthy, but like someone she could fall in love with. But trust doesn't come easily to Annie, and with good reason. Caleb suspects she's hiding something. How can he trust her if she won't confide in him?

The second novella is called Yule Die, and it's by Debby Giusti. This novella is about Callie, a lab tech who gets sent to run tests on the survivor of a shootout on Christmas Eve, a guy who's being hidden in a nursing home to keep him safe. She walks in the room and realizes the man is her estranged brother. Joe, a cop, comes in to explain about security measures just before several masked men break into the nursing home taking Joe, Callie, and her unconscious brother captive. This novella speaks of protection: Joe's desire to protect Callie, and Callie's need to protect her brother as they seek a way to get out of the situation alive.

Both novellas are well-written. If you enjoy a little suspense with your romance with a bit of Christmas cheer (or fear) mixed in, check out this two-for-one book!
Read more
Helpful
Comment Report abuse

Sandy Smith
5.0 out of 5 stars Great Christmas suspense stories
Reviewed in the United States on November 29, 2016
The two stories in this book start off suspenseful from the first page and don't let up. I loved the characters in both books and enjoyed the romances that developed amid dangerous situations. Margaret Daley and Debby Giusti both are masters at writing romantic suspense and also do a great job setting these stories at Christmas.
Read more
Helpful
Comment Report abuse

Sandra Leesmith
5.0 out of 5 stars Super Suspense
Reviewed in the United States on January 25, 2010
The Christmas theme was a super read in December but believe me, these two suspense shorts are great any time of year. Debby Guisti can develop a romance amidst an intense weekend of suspense better than any author I know. Yule Die is amazing and fun. You can't put it down or Yule Die (of anticipation that is) Margaret Daley did a wonderful job with Merry Mayhem. I love seasonal reads. And I love the suspense these two authors provide.
Read more
3 people found this helpful
Helpful
Comment Report abuse
See all reviews from the United States